Book Needed: “S is for Sin”

Parents, we have to rescue our kids from a culture that has abandoned the authority of God’s Word. The secularists and those who aggressively promote a secular worldview are after our children—and it doesn’t seem to matter how young they are.

Last year, a new children’s “board book” was released, titled A is for Activist. Now, board books are often geared toward toddlers (ages 1–3) and contain rhymes and simple stories. A is for Activist has all those elements, but it teaches children a secular worldview! 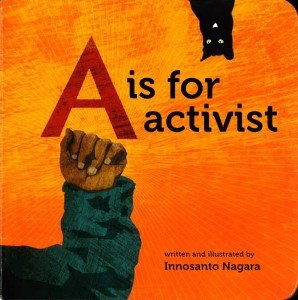 The author, Innosanto Nagara, has not shared his religious views to my knowledge, but he wrote the book as a way to teach his two-year-old son these secular values. One review of A is for Activist points out that it is just another form of indoctrination:

Is your three-year-old preschooler chanting ‘union power’ these days? She might, if author Innosanto Nagara has his way. Nagara wrote “A is for Activist,” a book supposedly geared for the children of the “99 percent.” In other words, a new vehicle has been developed for leftists to begin indoctrinating children. “It’s pretty awesome to hear a three-year-old saying ‘union power,’” Nagara said . . . But union power and student activism aren’t the only goals. Consider these other letters and how they are applied in the book:

B is for banner, as in a protest banner hanging off a construction crane

L is for LGBTQ, as in Lesbian, Gay, Bi-sexual, Transgendered and Queer

T is for Trans, as in transgendered

Z is for Zapatistas, as in Mexican revolutionary leftists You see, the agenda of this children’s book is to win the hearts of our kids for secular humanism. As I’ve written before, those who want to promote a secular worldview realize that it only takes one generation to win over the culture—so if they can win over our children, the culture is theirs. This children’s book uses rhymes, brightly colored illustrations, and bad logic to convince readers that the secular worldview on social issues is the best one. For example, see the pictures below for letters L and T. 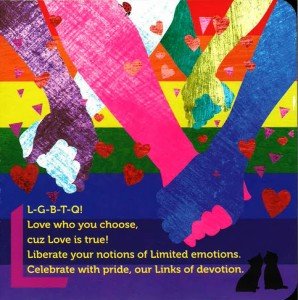 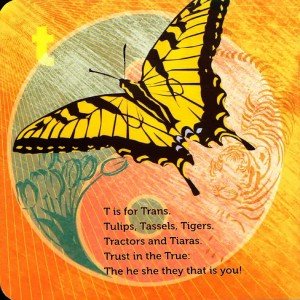 Young children are being taught in this book that homosexual behavior is acceptable based on “love” and “devotion.” This is the same kind of poor reasoning we hear all the time from the world on same-sex marriage. Regardless of whether “love” has anything to do with a same-sex relationship, it still violates the Word of God! What’s more, children are being taught they are a “he she they.”

You know, American culture especially is rapidly pushing away gender norms and distinctions as laid down by the Word of God. Those who promote the secular worldview know that if they can teach children at a young age that transgender or transsexual lifestyles are normal, they will have won the battle for the widespread acceptance of these lifestyles in the coming generation.

Sin is certainly rampant in our culture!  I think we now need a book “S is for Sin.”

Many of the other themes in Nagara’s book are no better. Whenever I see materials like this, I think of the Answers in Genesis’ theme verse for the next two years: “Who gave Himself for our sins so that He might rescue us from this present evil age, according to the will of our God and Father” (Galatians 1:4, NASB).

Our theme is “Standing Our Ground, Rescuing Our Kids.” And just as Christ came to rescue us from this “present evil age,” so we too as parents must share the truth of the gospel with our children and rescue them from a godless culture.

I urge you to get AiG books like A is for Adam or D is for Dinosaur and teach them the truths from God’s Word. 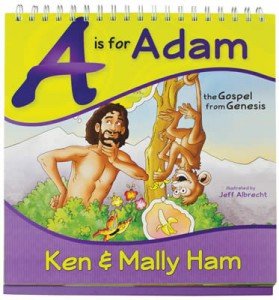 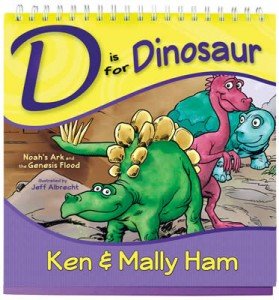