Thousands of Kids and Adults Taught in North Carolina!

Yesterday, Buddy Davis and I ministered to around 3,000 kids at the special school assembly conducted as part of the AiG conference at Lawndale Baptist Church in Greensboro, North Carolina. Around 7,000 people attended the various sessions from Sunday morning through Monday night.

We are seeing atheists become more aggressive in accusing Christians and ministries like AiG of committing “child abuse” and other ridiculous charges because we teach children the truth of God’s Word. And as I have shared recently on this blog, atheists want to stop AiG from ministering to children through the Creation Museum. Atheists seek to teach children not to believe in God. So, it is such a thrill for us to be able to continue reaching generations of kids—at school assemblies, at the museum, etc.—to equip them to defend the Christian faith and know they can trust God’s Word.

Yesterday, Buddy and I taught the 1,500 kids, from K through age 6, about dinosaurs—the truth is they lived with people, they were made on the sixth day of creation, and so on. We taught them that most fossils were from the Flood of Noah’s day. And of course, I taught them how to think correctly by teaching them to ask the question, “Were you there?” when they hear someone teaching about millions of years of history. Atheists go ballistic because we teach these children how to think! Atheists want to brainwash children and teens in atheistic evolution. They don’t want kids to be taught how to think correctly!

Here are some photographs taken at the conference where we taught thousands of children: 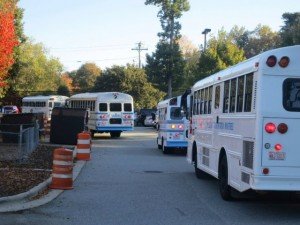 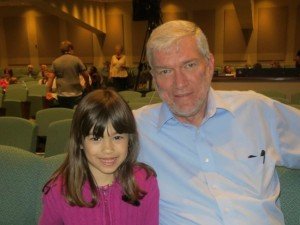 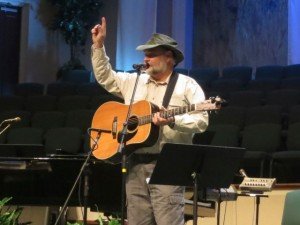 Here are some more photos taken of the conference where Buddy, Dr. Gary Parker, and I were able to ensure that thousands more people now are equipped with answers to be able to defend the Christian faith: 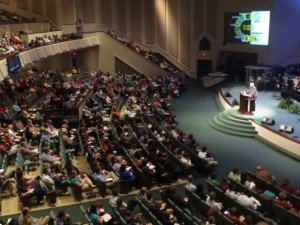 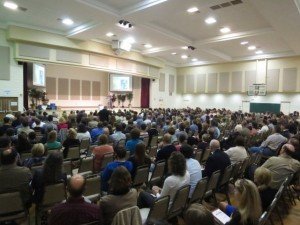 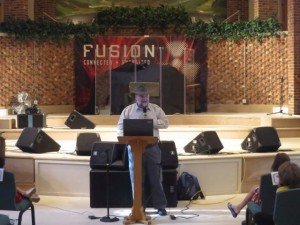 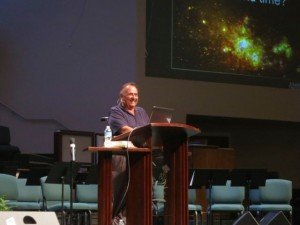