Only Silence from a Pro-evolution Church

Some of our readers will remember this church in Columbus, Ohio, and its pro-evolution views—and how it received a Templeton Foundation grant to hold talks on evolution and Christianity inside the church (and to reach students at the nearby Ohio State University).

A supporter, Rob, in Columbus has contacted the church several times over the months to suggest that an AiG scientist like Dr. Georgia Purdom speak at one of the church’s workshops. He did this because he noticed how the church website declares its hope that “healthy discussions will occur around each topic, and that all will come away from the workshops better informed about contemporary scientific issues that intersect with our Christian faith.” Furthermore, the church website states the purpose of Templeton Foundation grant “is to encourage conversations within congregations about issues that overlap science and religion.”

Yet Rob is being ignored—many times. The people at the church and university community are thus not being “better informed” because biblical creationists right now are apparently being excluded from this series at the church. Dr. Purdom, one of our scientists, is mentioned in The Columbus Dispatch article about the church series. Furthermore, Dr. Purdom earned her PhD in genetics at Ohio State, just a few blocks from this church, and our AiG supporter in Columbus suggested that she be a part of the church’s series.

As you look at the church website, notice the pro-evolution talks given by the senior pastor and an OSU biology professor (i.e., on evolution and natural selection and on the “Language Development in Apes”).

So much for a church declaring that it is in favor of “encouraging discussion,“ “diversity,” and “inclusiveness”!

Praise the Lord for a Creationist Church

Praise the Lord for a church in Aurora, Denver, that uses AiG resources to teach its people and hosted an AiG conference this past weekend. It was such a blessing to get to know Pastor Ed Taylor, pastor of Calvary Chapel in Aurora.

Here is a photograph of Pastor Ed and me: 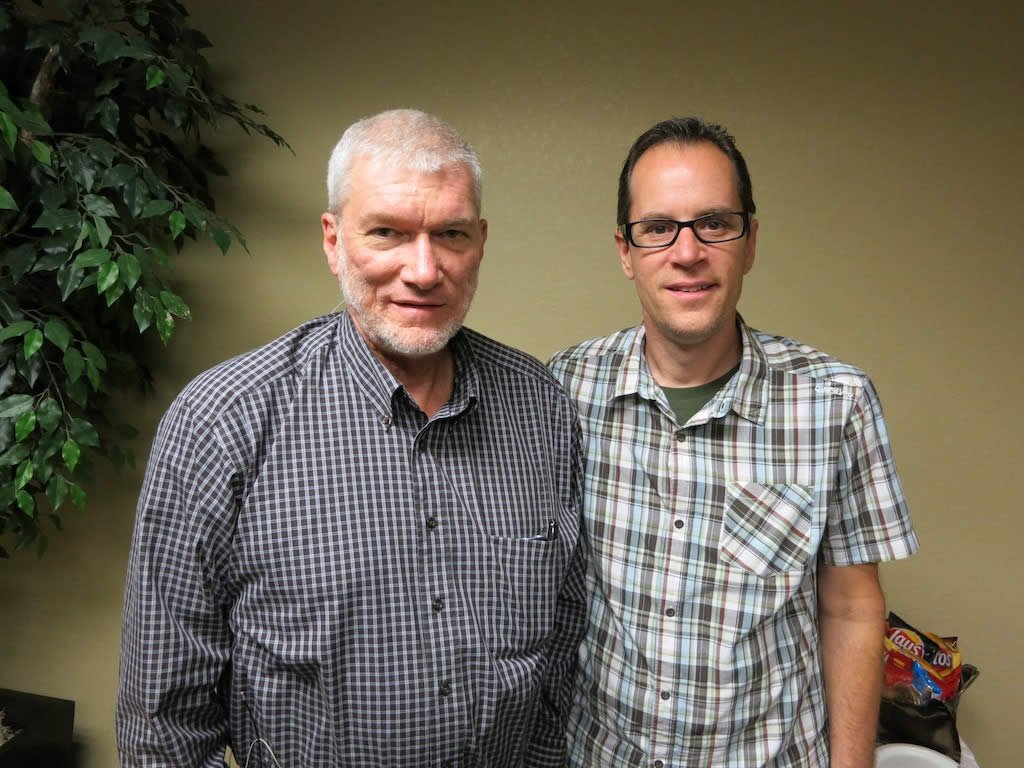 Many thousands of people (including hundreds of children) attended some or all of the eight sessions Saturday night through Monday night. I was overwhelmed with the number of children who came up to talk to me and thank me—and tell me they want to be a bold creation scientist and one day speak like AiG speakers or work at AiG!

Here are photographs of just some of those children: 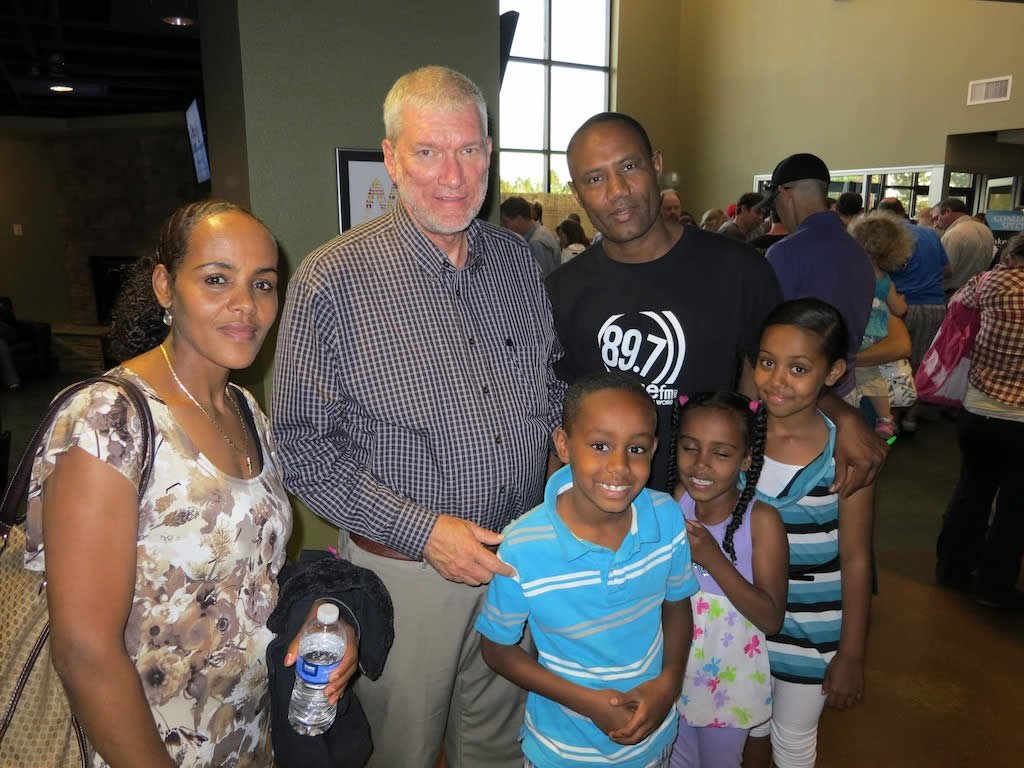 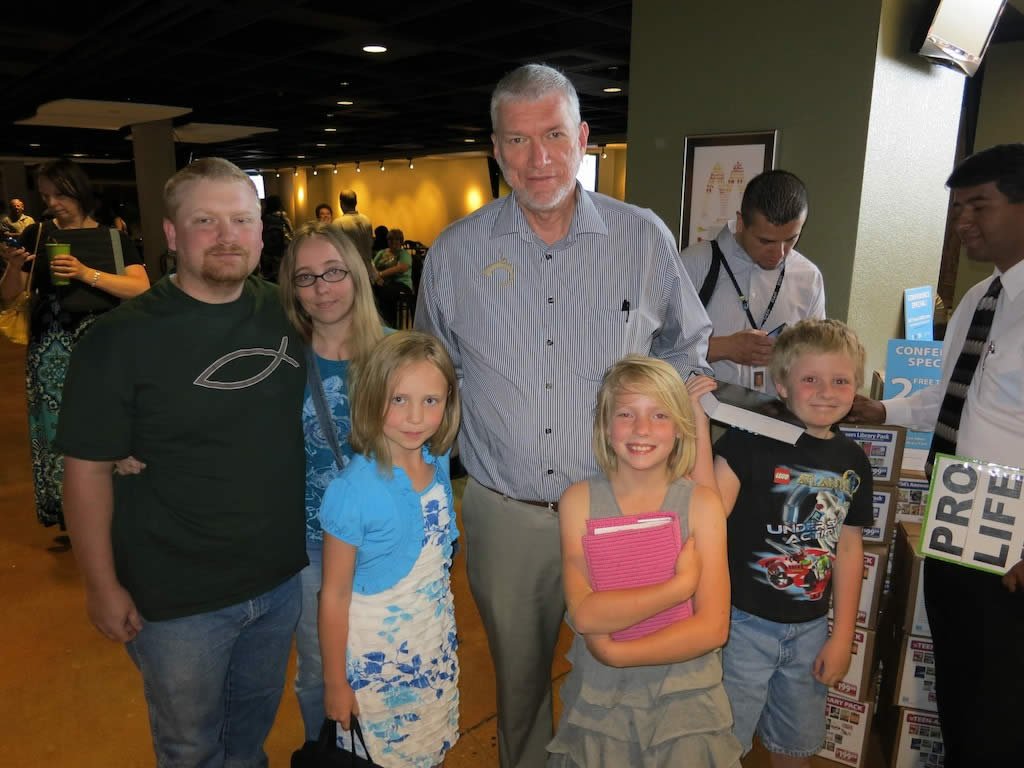 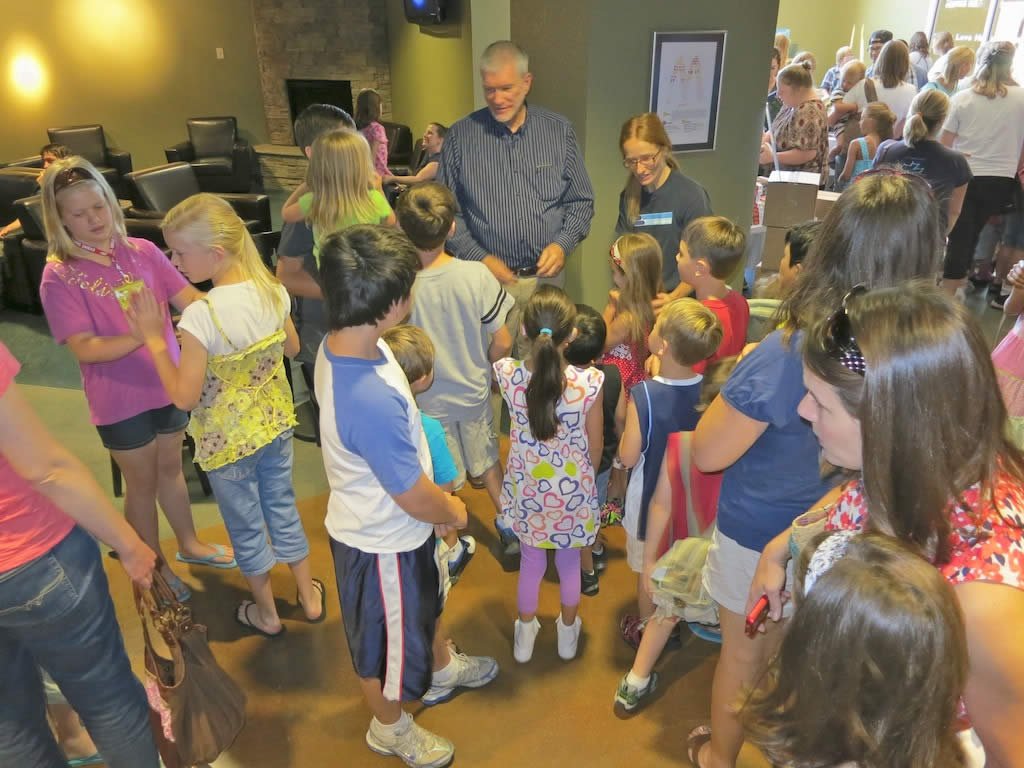 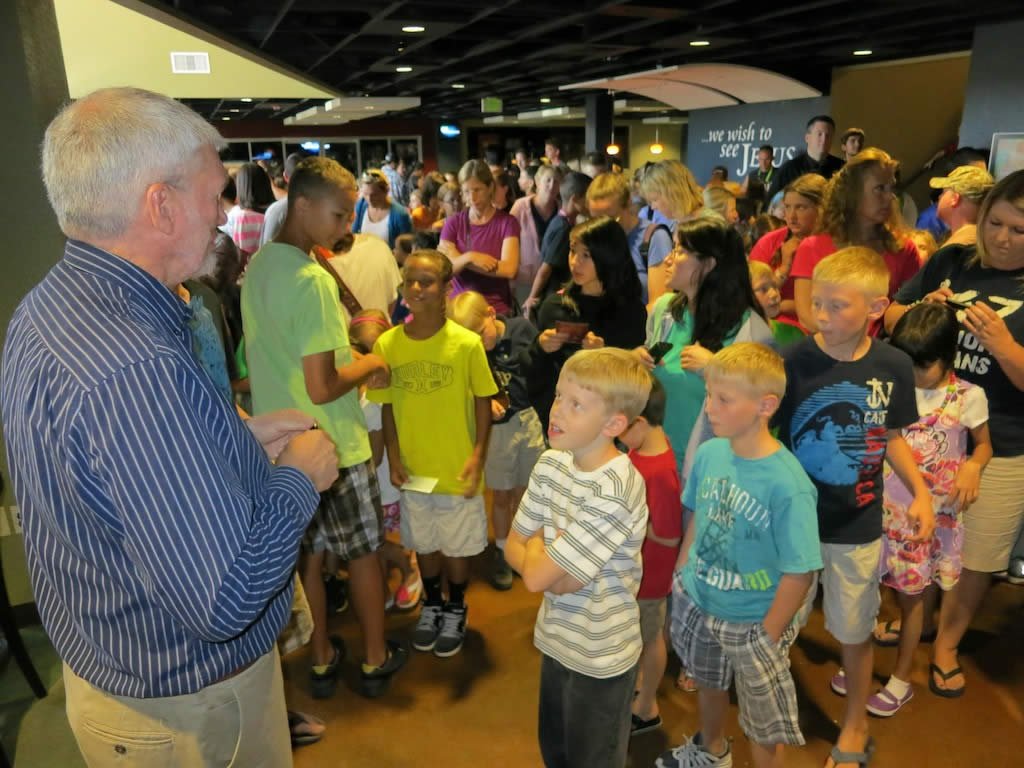 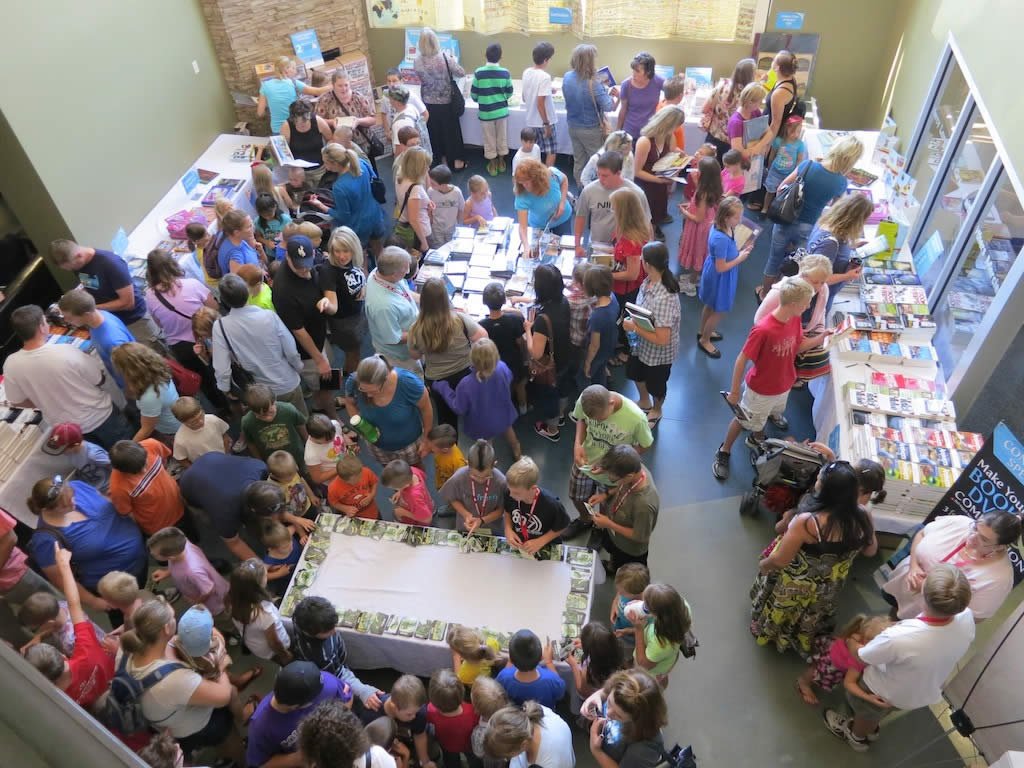 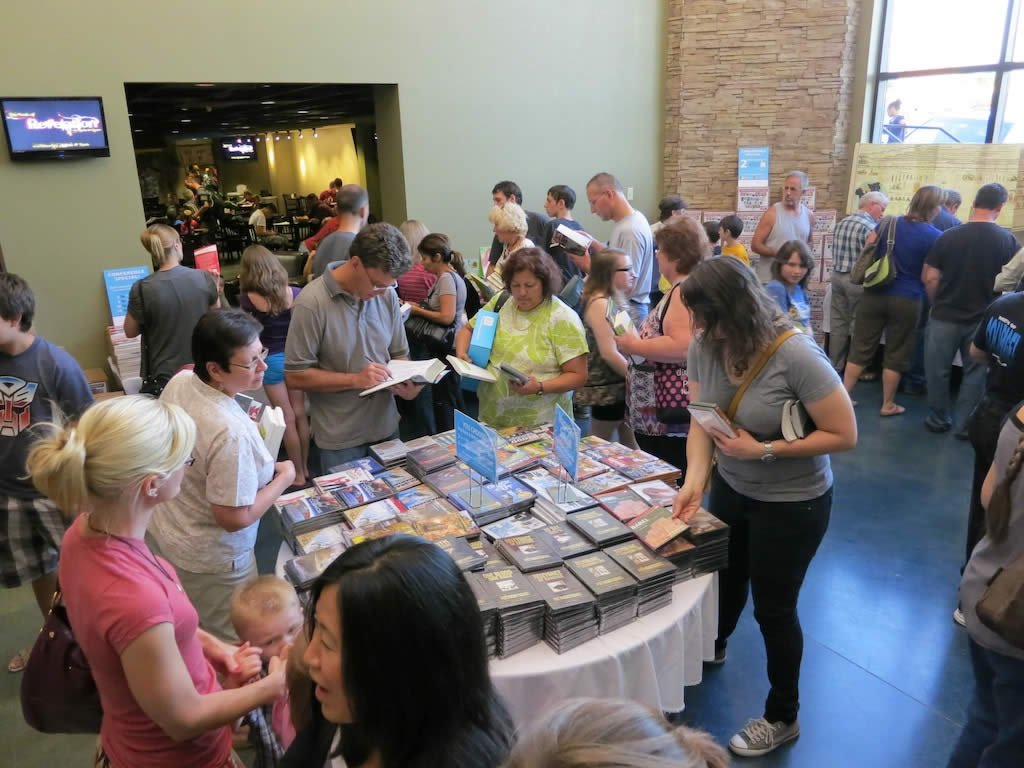 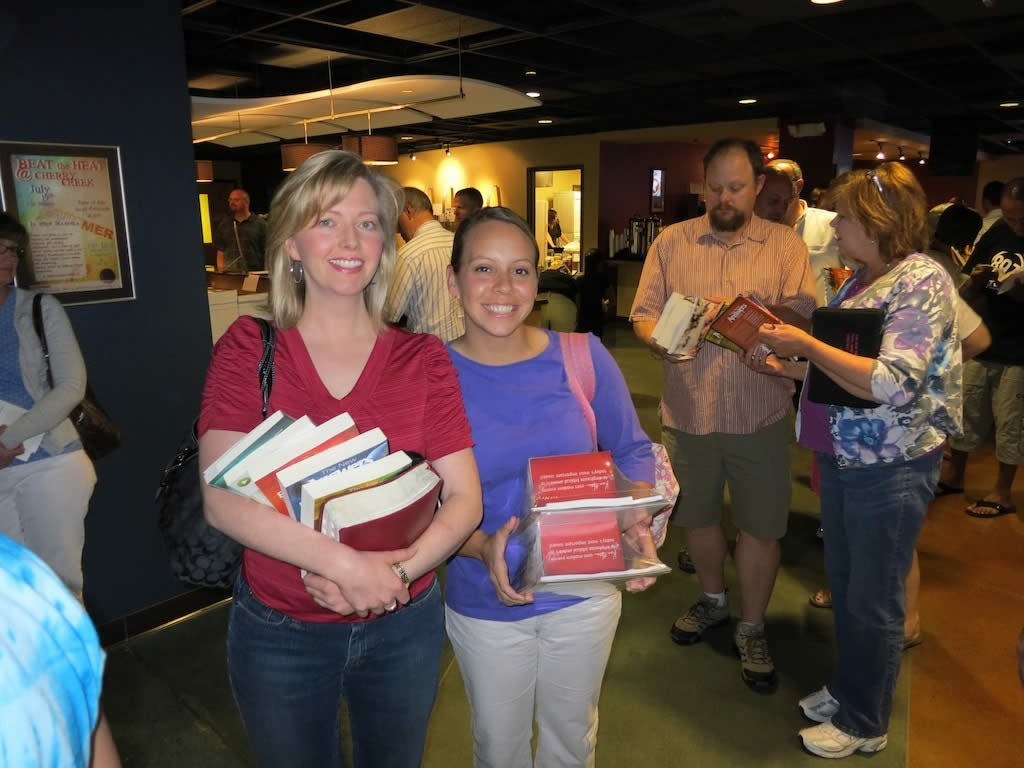 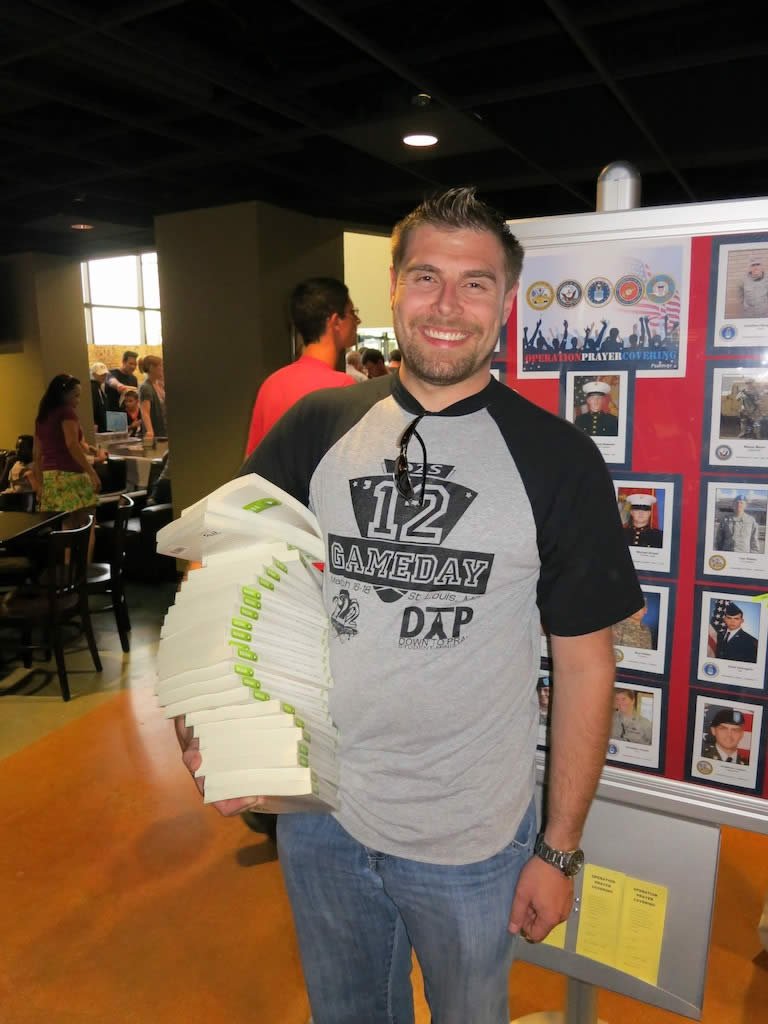 Here is a photo from one of the special programs for young people I spoke at as part of the conference: 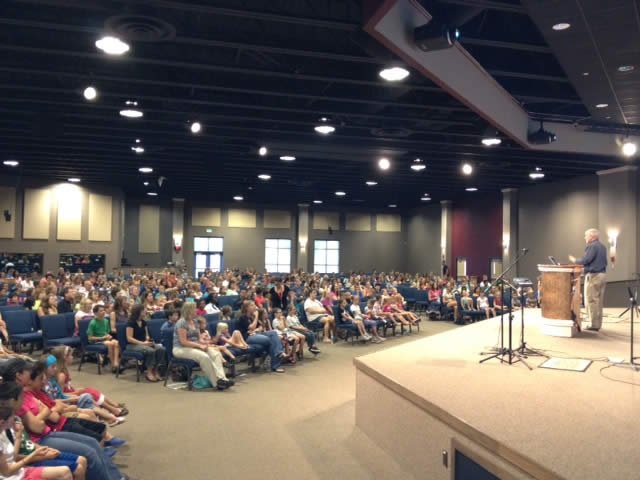 I received many, many testimonies. I had one high school student tell me he thought evolution was fact from what he was taught, but he no longer believes in evolution. He was so thankful for the biblical teaching he received. I had a number of people tell me that AiG resources had a great part in the Lord saving them!