Each year, our marketing agents (JDA—Joseph David Advertising) work with AiG to come up with a unique, powerful way to  make people across the nation aware of the Creation Museum, located near Cincinnati.  We do this because the more people who come to the Creation Museum, (1) the more Christians we can equip to defend the Christian faith, and (2) the more non-Christians we can challenge concerning the message of the gospel.

This year, JDA came up with a unique (and I consider to be brilliant) idea for a national billboard campaign.  We have posted billboards in our local area before, and have utilized TV advertising and other means of placing ads for the Creation Museum.  But beginning yesterday, billboards (with 20 different styles to choose from) are being put up all across the nation on major Interstates.  We will even have some billboards in California.

I have included here just six of the 20 different billboards that JDA designed for us.  We have never seen billboards like this before.  They were designed using a comic book style that we believe will really cause people to want to look at them.  We will also be encouraging people to sponsor billboards near their church or other spots in the locality where they live.  And because the response from those who have seen these billboards has been so positive, we will also have some T-shirts and other items available at the museum’s Dragon Hall bookstore using some of the billboard illustrations.  Here are six to give you an idea of what these are like: 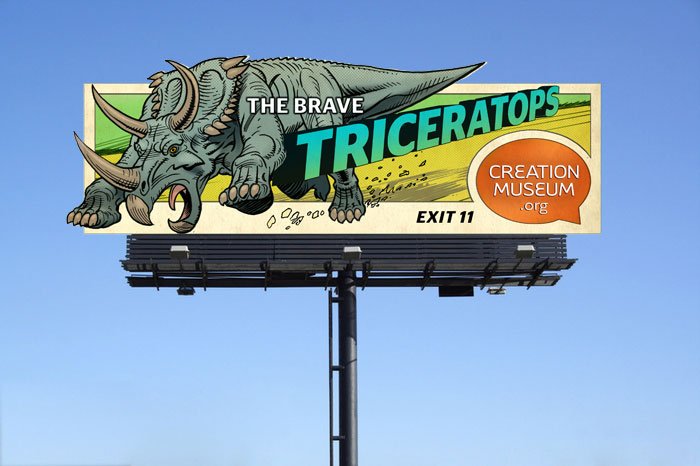 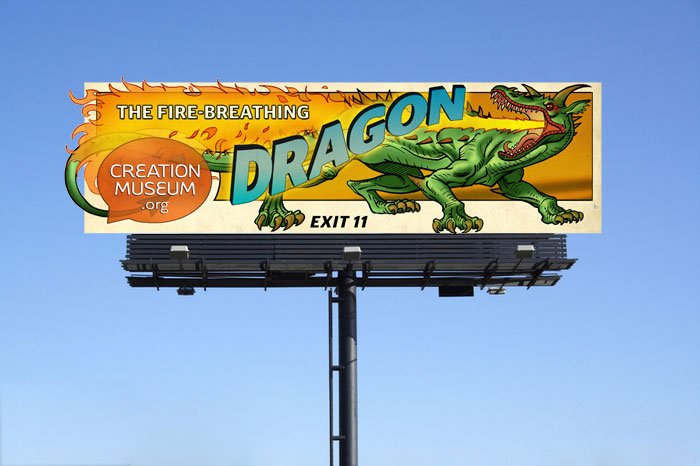 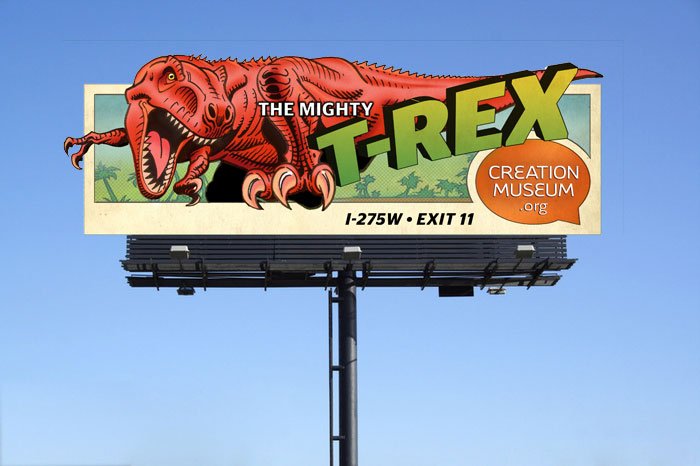 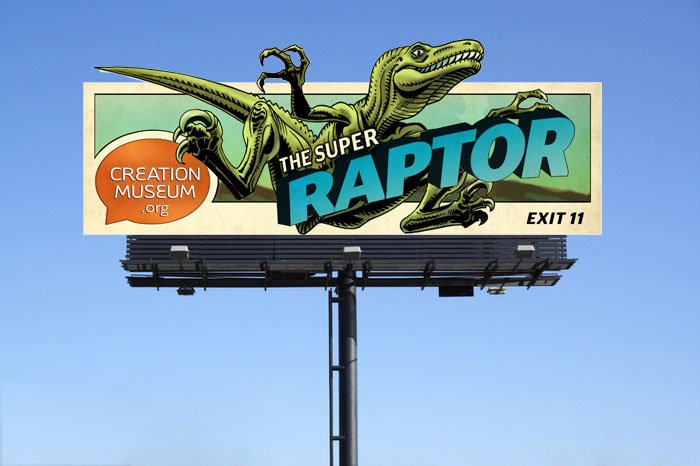 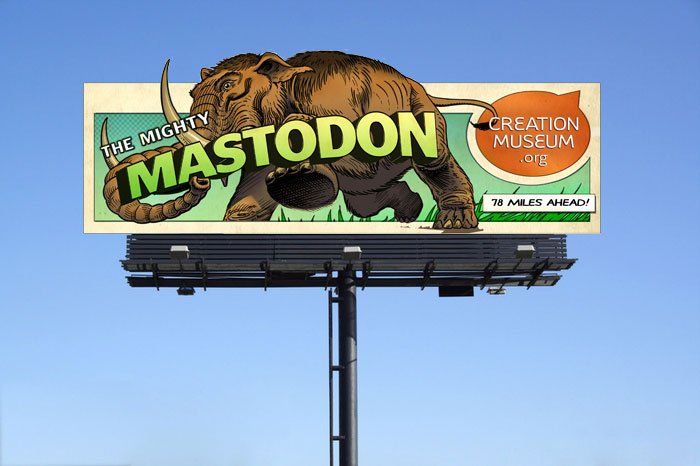 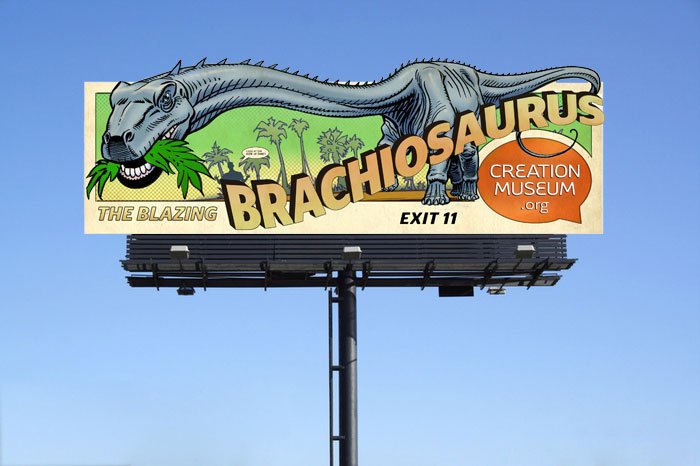 If you are interested in sponsoring a billboard in your area, please contact us, and we will put you in contact with our marketing agents at JDA.

And please pray that these billboards will be used to bring many people to the God-honoring and Bible-upholding Creation Museum.  We will also be sending out press releases, as not only are these billboards unique, but this is a national campaign. Did you know that almost two thirds of Americans (190 million people) live within a day’s drive of the museum? And besides, even just having illustrations of dinosaurs associated with the Creation Museum is in itself sending a message to the public, so that even a person living in California who sees one of these billboards might go to the web to find out something about our ministry and the creation/gospel message, and we hope one day they will plan a trip to the Creation Museum (in fact, we have many visitors from California coming to the museum).

In California for an AiG Conference

This Sunday through Monday, Dr. Gary Parker and I are speaking at an AiG conference in Downey, California (we're really not that far from Disneyland).  For details, go to the event page.

Previous Article KGB Visits the Museum—But Not Under Cover! Next Article Over 6,000 and Rising