You Are an Ape!

How would you like to have someone tell your children that they “are an ape”—that they are just an animal?

My wife and I—and our daughter—spent part of Thursday at the San Diego Zoo.  As we were looking through the gift store just before we left, I came across this book they were selling: 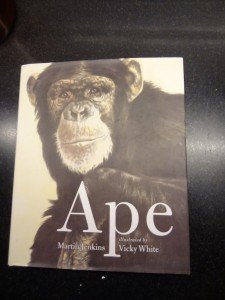 I opened to the Introductory statement that said: 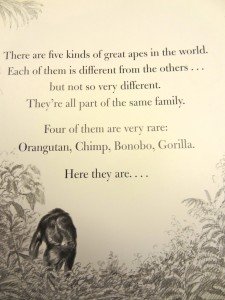 So then I went through the pages to see these “five kinds of great apes.” 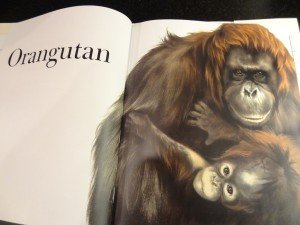 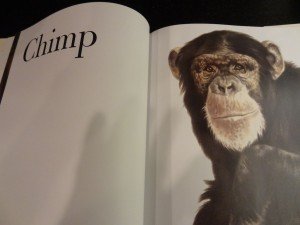 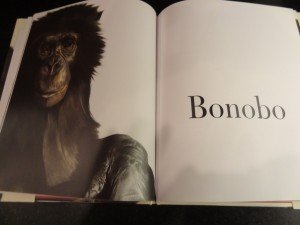 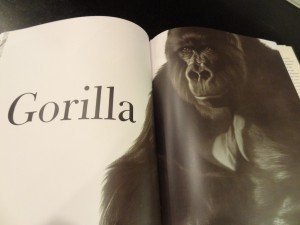 Then I was intrigued—so what will the fifth one be?

I opened the page and read: 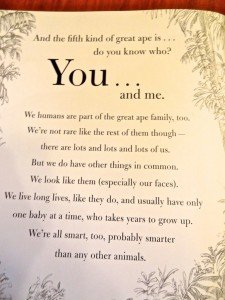 So we humans are the fifth apes—and there are lots and lots of us.  The book then goes on to say: 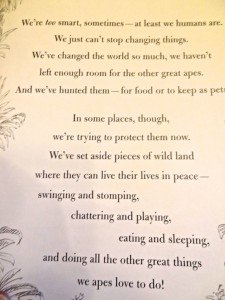 I thought of a number of things (and there are many more I could discuss) as I pondered this:

1.  There are “lots and lots” of apes we call humans—I guess that's why we can abort millions of babies—there are so many of us.  But there aren't that many of the other apes, so we need to look after them.

2.  There were hundreds and hundreds of elementary age school kids at the San Diego Zoo the day we visited.  I wonder what the parents of these kids would think if the teachers started calling the kids  “apes.”  Something like: “Ok you apes, do what I tell you to do.” 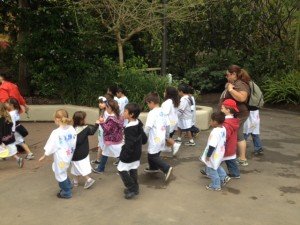 3.  I wonder what would happen if kids took off their clothes and said, “We are only apes, and apes don't have clothes, so why should we have clothes?”

4.  Maybe the teachers should tell these supposed “apes” (children) to sit on the ground and then throw food to them—as a person would do for an animal at a zoo.  But  we don't do that because, as the book says, we are “smart apes” (i.e., we are more evolved!).  However, the book says that we are “probably smarter than any other animals,” so we may not really be that smart after all! Hard to believe a world-class zoo would sell such nonsense to parents and kids!

5.  It was interesting, as we were on the bus tour, the zoo tour guide kept telling the children to be quiet for the animals’ sake!  Wait a minute!  Didn't she read this book that the zoo—the facility that employs her—sells?  Those kids are just apes—they are animals, too.  Why should she tell them to be different to the animals in the pens and cages?  I never saw her telling the chimps to be quiet when they were making a racket.

The mind boggles.  We could continue down this ape/people line in many ways covering topics of sex, old age, etc. etc.

But—this is where the world is at today.  And if the San Diego Zoo is selling this book, they must approve of its contents.  Shame on the San Diego Zoo (one of the world's leading zoos) for promoting the false idea that we are just another ape—and we are “probably smarter than any other animals.”

It’s just another reason why you need to bring your family to the Creation Museum this summer.  We tell kids the truth—they are made in the Image of God—and thus they are very special.  And even though they sinned in Adam, their Creator God paid the penalty for their sin and offers them a free gift of Salvation!  What a different message we give them.