The “Disease” Is Everywhere

Recently I have written a number of articles about the fact that even though we know sin is the ultimate “disease problem” in this world, I liken the teaching of millions of years to a disease and the teaching of evolution to be a symptom of the disease.

I say this because most of the questions I get from the secular media concern the age of the earth or why we believe dinosaurs lived with people—not so much about evolution. I have found that if a Christian doesn’t believe in evolution, then the secularists will scoff a bit, but if a Christian rejects millions of years, then secularists really go ballistic. They will call you anti-academic, anti-science, anti-intellectual, etc. This happens because millions of years is really the religion of this age used to justify explaining life without God.

You see, without millions of years, the secularists can’t propose molecules-to-man evolution. As one Nobel prize-winner, George Wald, said, “Time is the hero of the plot.” The secularists put time and death together—time and death over millions of years to evolve the life forms we see today (including man). The Bible puts sin and death together—it was man’s sin that brought death into this world.

Sadly, because the secular world so intimidates people to believe in millions of years, many Christians have adopted this pagan religion of the day and compromised God’s Word, thus undermining the authority of Scripture.

I have noticed that in museums, zoos, documentaries on television, and many other places, people will see millions of years promoted much more than evolution. Millions of years just permeates the culture. No wonder so many people (including many Christians) think they have to believe in evolution.

I was reminded of this recently during a short vacation trip to southern California with one of our daughters.

For instance, at the Shark Encounter exhibit at Sea World in San Diego, one reads a sign stating millions of years: 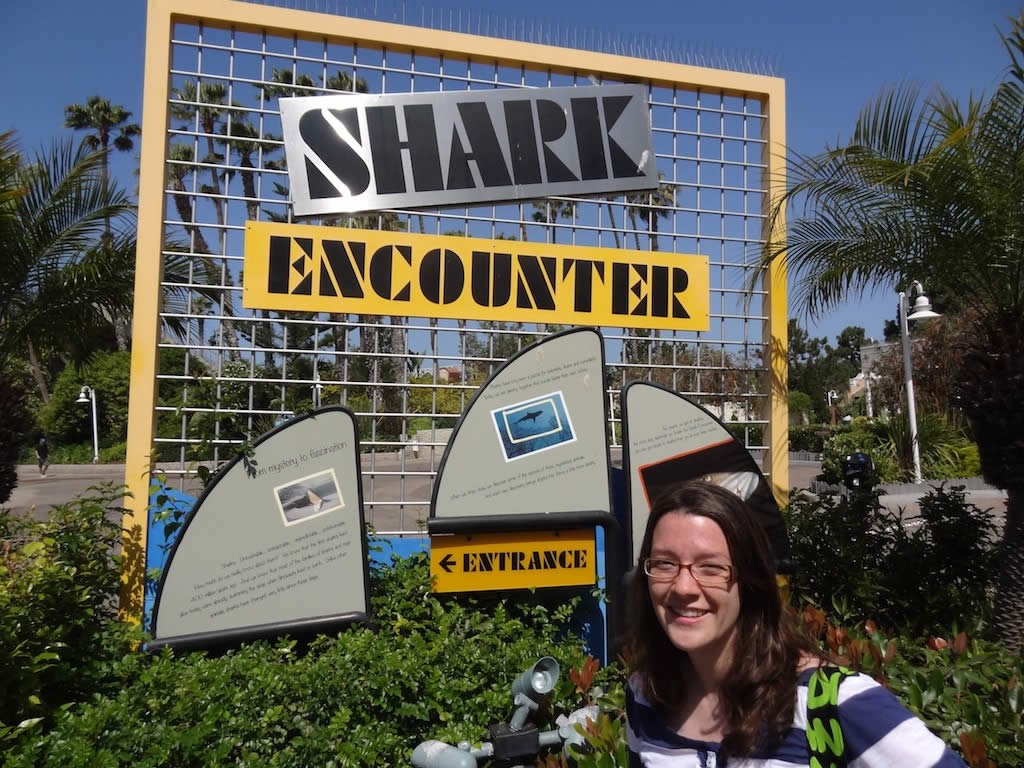 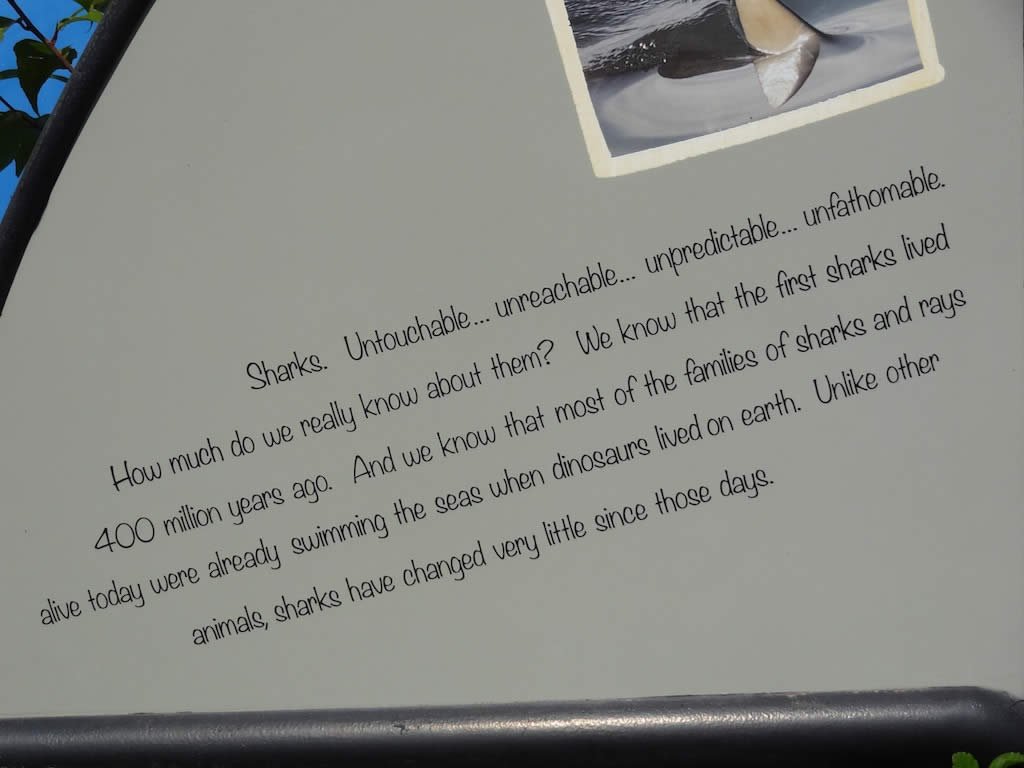 At the Jurassic Park ride at Universal Studios, we see a timeline of the supposed millions of years for dinosaurs: 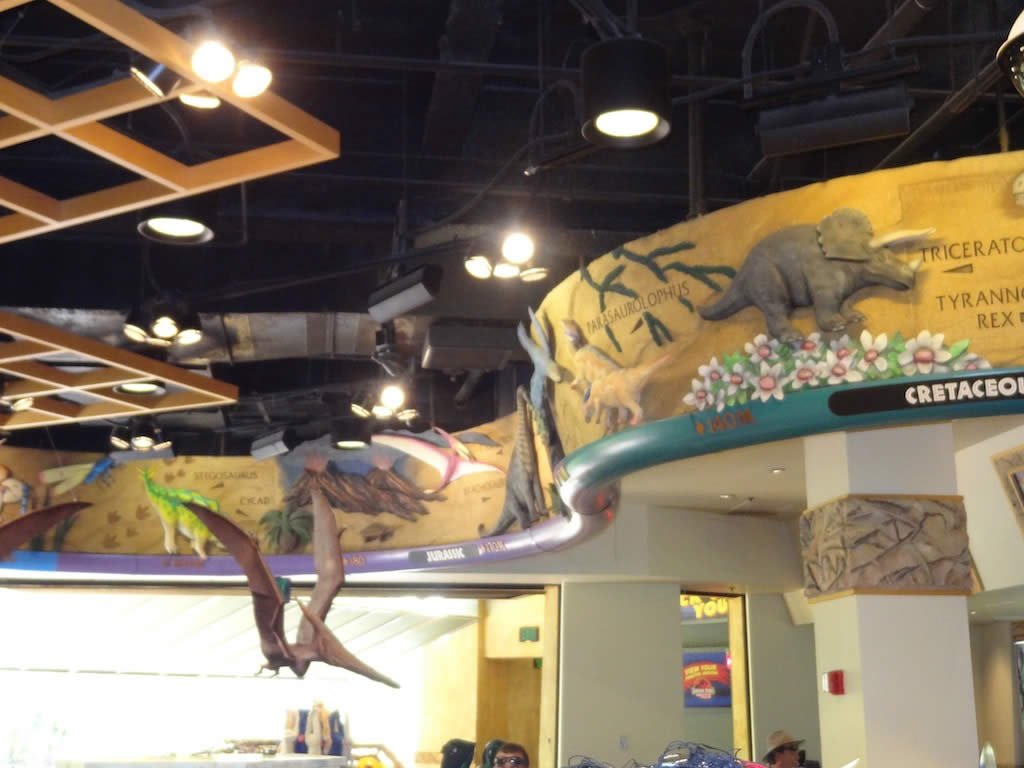 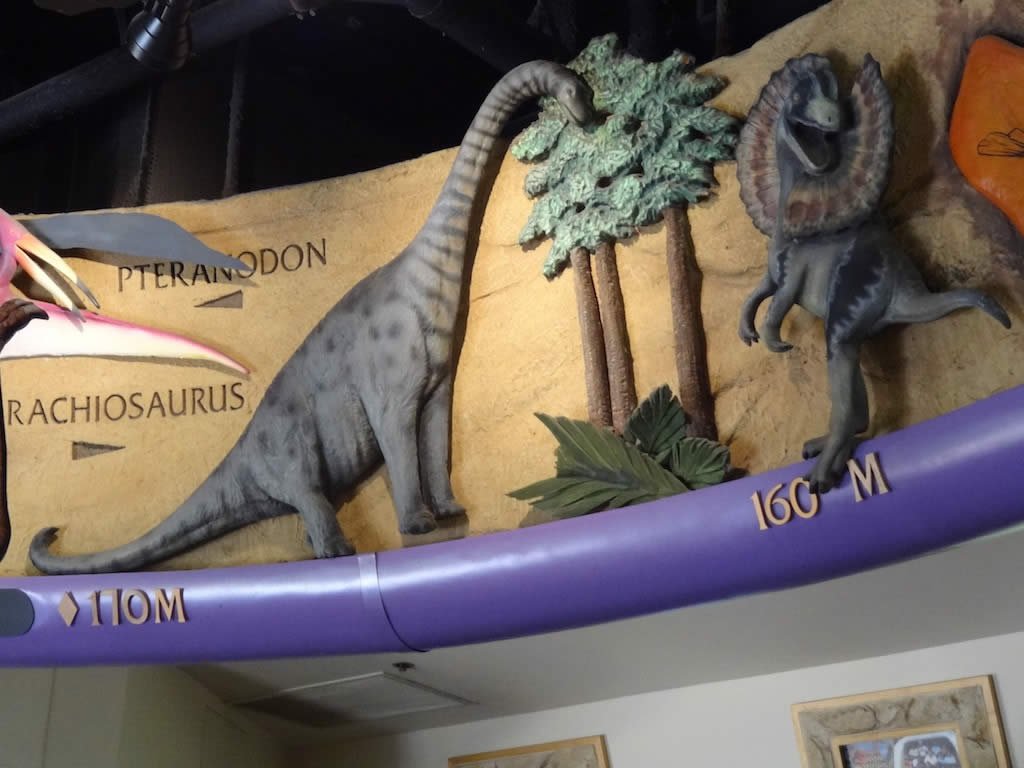 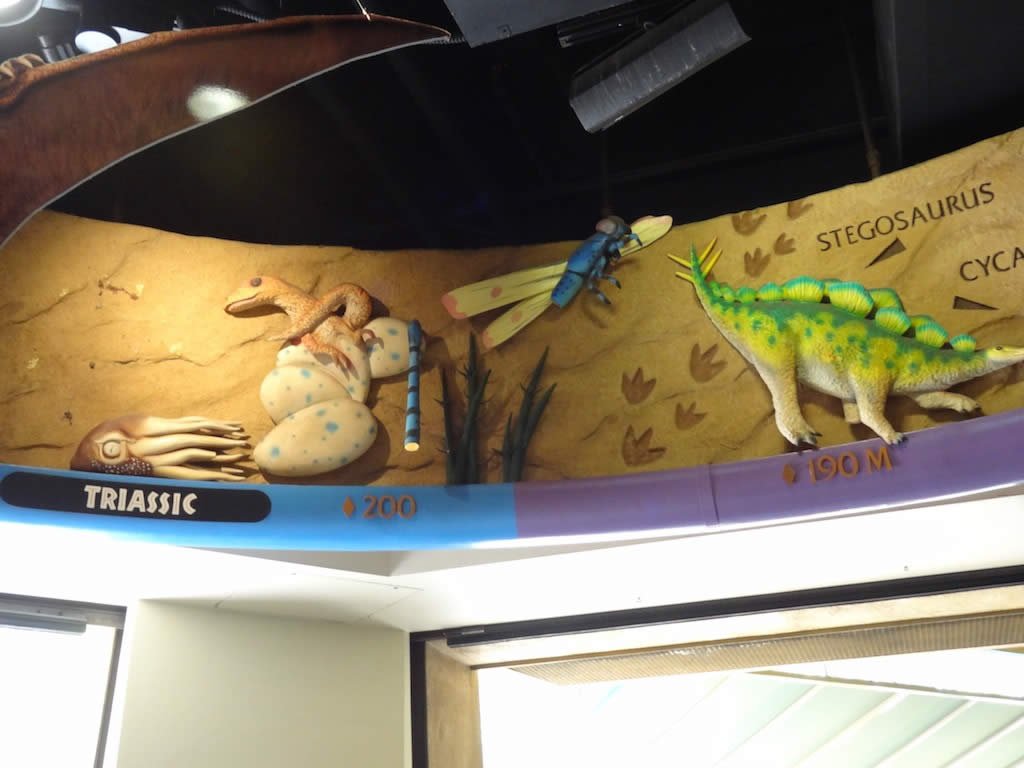 And we see this sign at Universal Studios outside the Jurassic Park ride gift store: 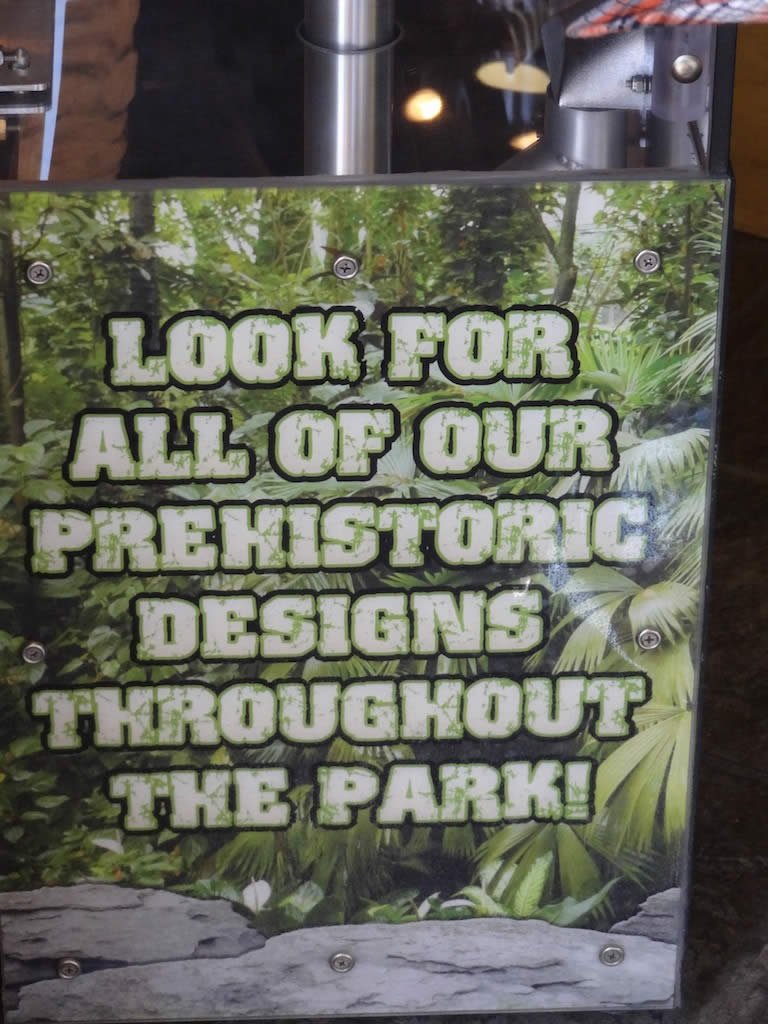 We need to be reminded that from a biblical perspective, there is no such thing as “prehistoric,” as history began from when it was recorded.

At California World (another park associated with Disneyland, California), in the 4D bug program (a very entertaining program), it begins with a bug stating, “We have been around for 300 million years.” 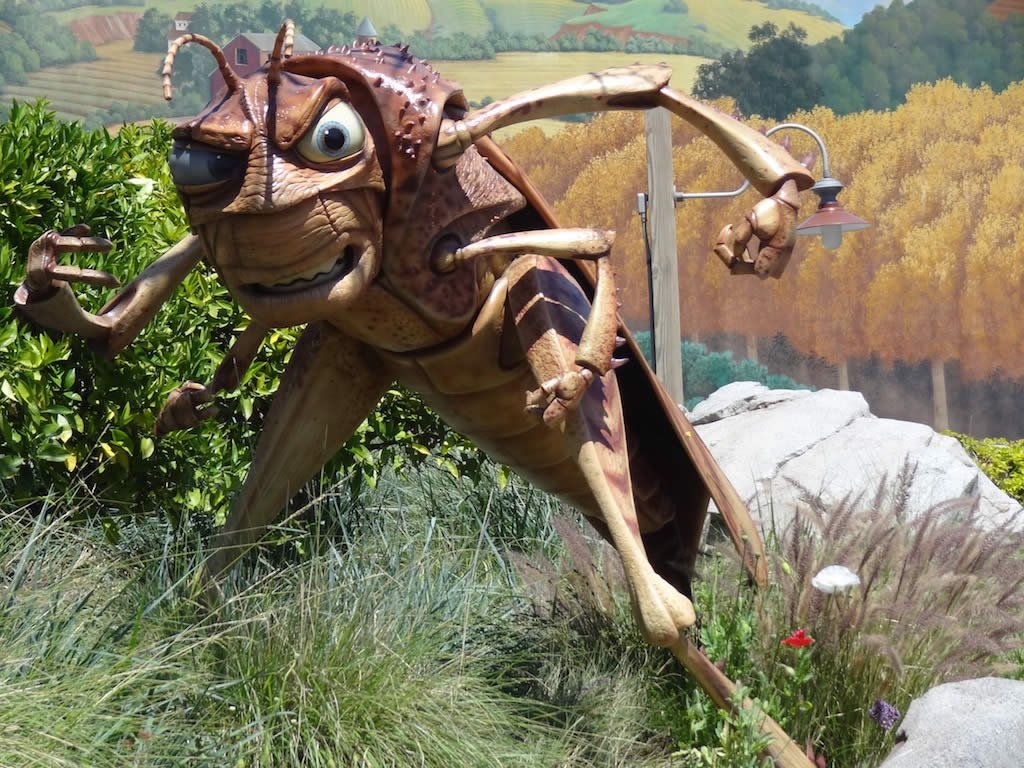 And then the train at Disneyland takes visitors on a ride through the supposed “age of dinosaurs”: 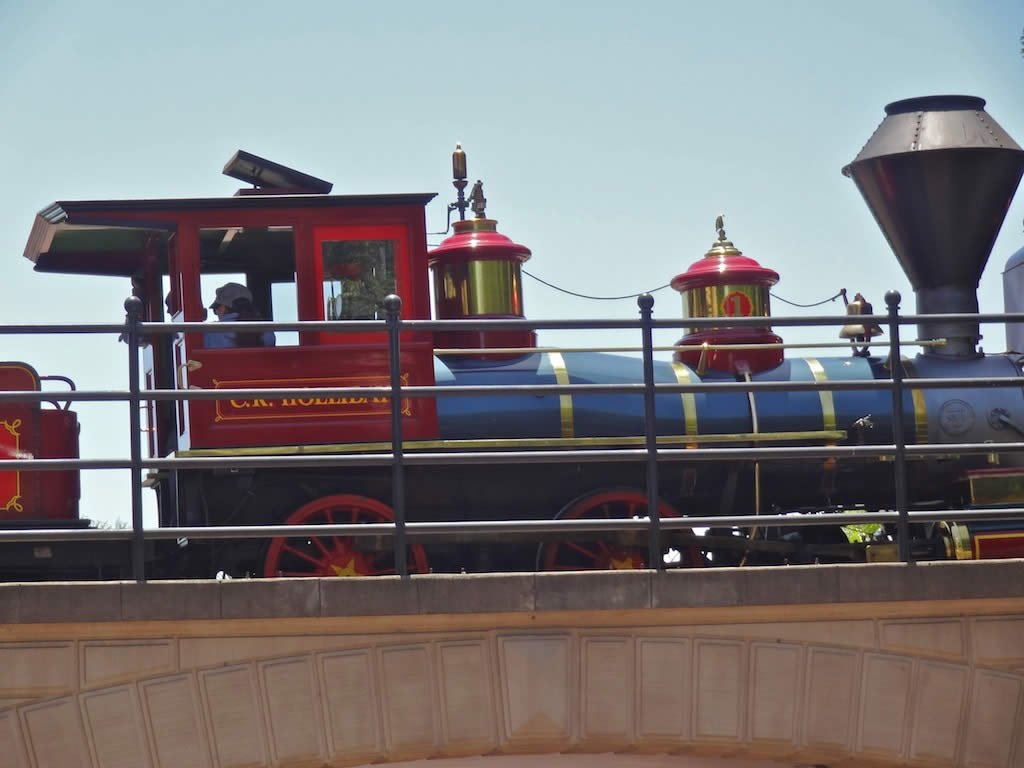 And then there is the subtle indoctrination of evolution and millions of years by the wording that just accepts these as fact without having to use the words “evolution” or “millions of years”—as illustrated in these examples from the world-famous San Diego Zoo: 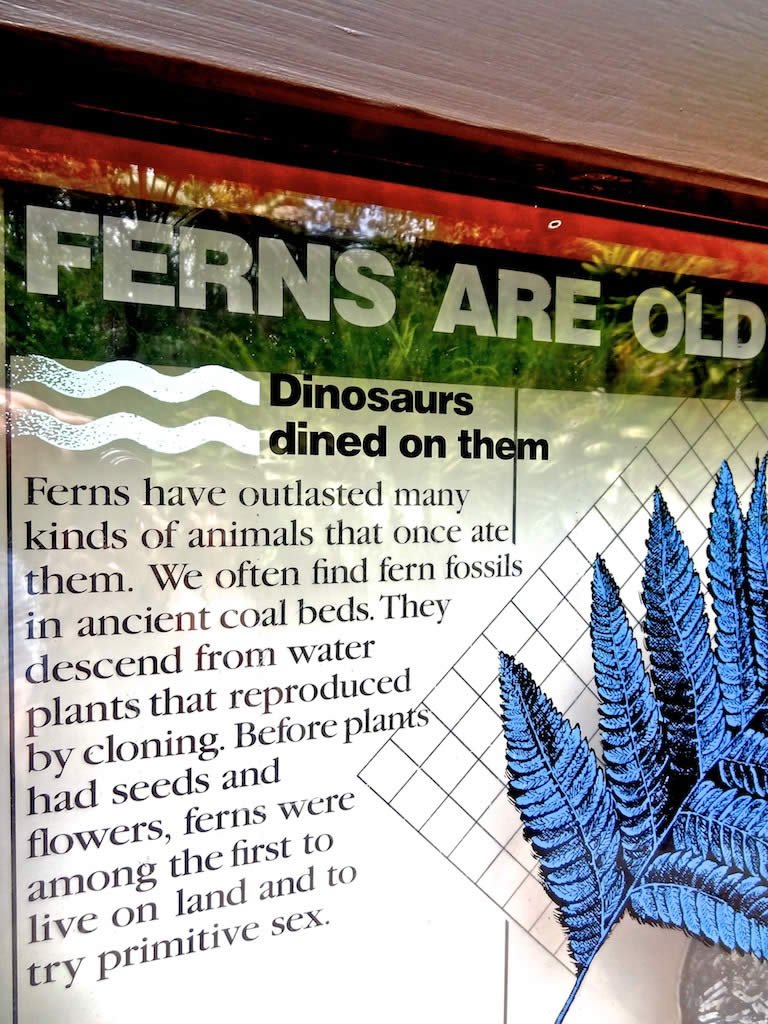 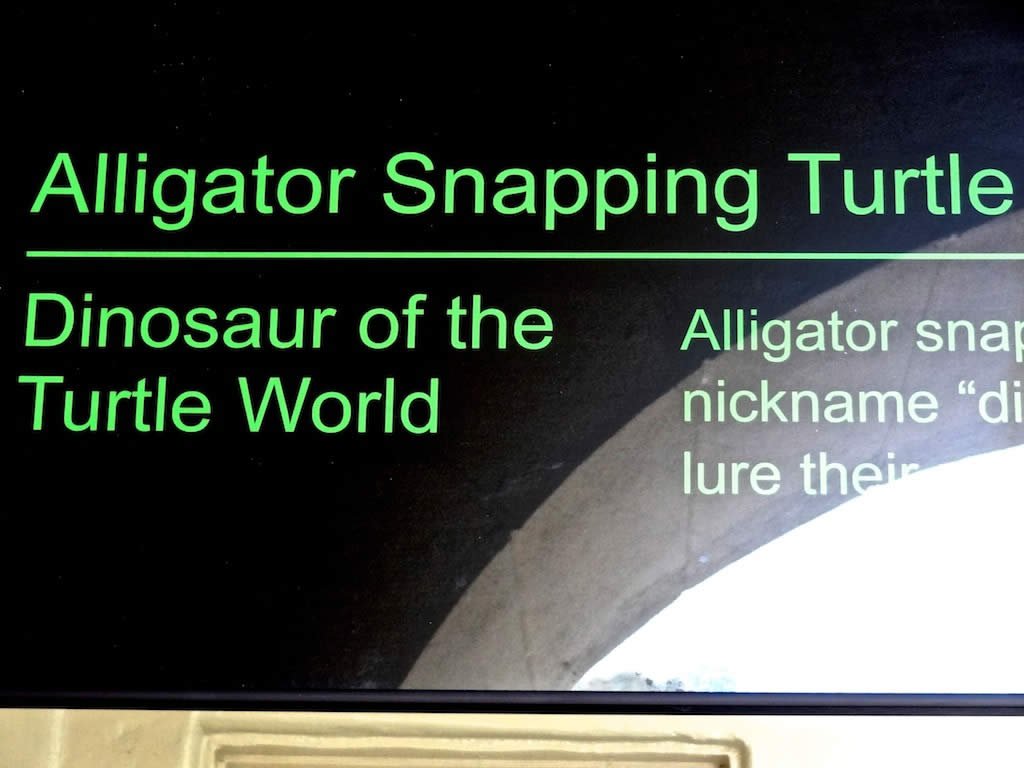 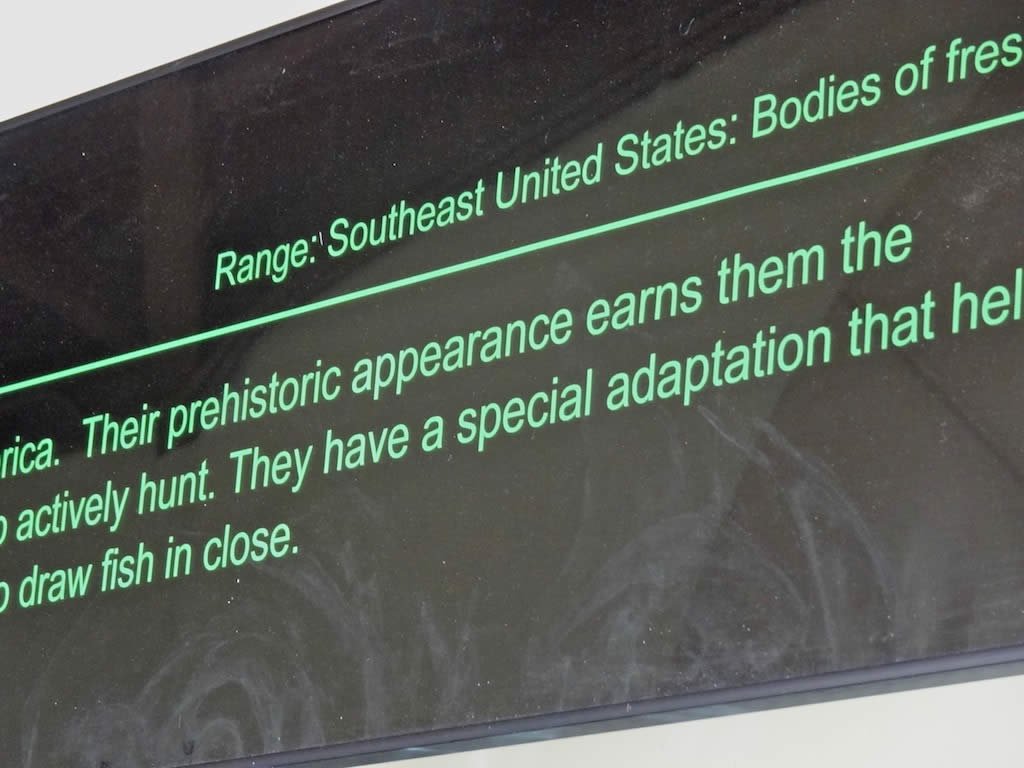 Just more reasons why you need to bring your family to the Creation Museum near Cincinnati where you can trust what you see and read—a museum that honors God’s Word and teaches the truth concerning the history of the world.

Also, I encourage you to read the article I wrote titled “The Disease of Millions of Years.”  This article will be our feature article on the AiG website on Monday, but you can read this article from this blog post right now.

Also, I encourage you to read this article I wrote for the award-winning Answers magazine.

Previous Article A Tsunami of Reminder Next Article You Are an Ape!