What to Do When the Storms Come

Yesterday, the AiG staff had the privilege of hearing a message by Pastor Fred Luter, from Franklin Ave Baptist Church in New Orleans. Pastor Luter’s church building and home were all but destroyed in the massive flooding as a result of Hurricane Katrina (2005). He challenged the staff with a very dynamic message as he recounted his own struggles in dealing with such devastation—particularly when a very pagan part of New Orleans was left untouched. You can listen to Pastor Luter’s challenging message below:

Here are some photographs taken of Pastor Luter yesterday during his visit to AiG and the Creation Museum: 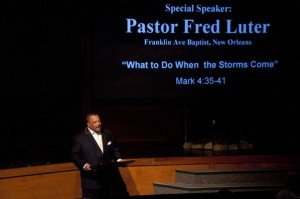 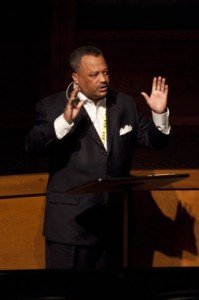 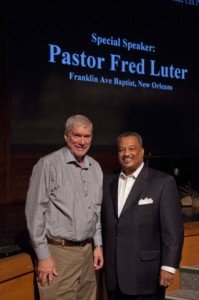 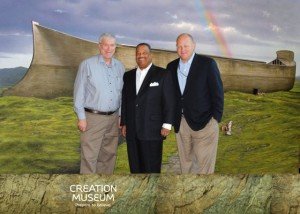 My long-time friend Dr. Clifford Wilson, one of the few true biblical archaeologists, has passed away at the age of 89 in Australia. Starting in the 1970s, I spoke at conferences with him throughout Australia and in the USA. He was a prolific author, writing such books as the well-known Crash go the Chariots, which sold over a millions copies as it refuted the notorious, bestselling book, Chariots of the Gods, by Eric von Daniken. He was also a bold debater, even taking on von Daniken in a major public debate where he explained that extraterrestrials did not leave their mark on ancient civilizations. He outlived two wives—Avis (54 years together) and Barbara (12 years together; she died two years ago). He had four children and 13 grandchildren, and he was a great-grandfather to 23 children.

Here is a photo of Cliff with wife Barbara: 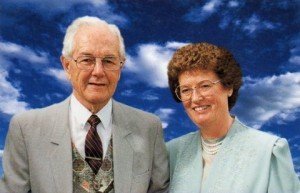 I remember traveling many miles together in Australia as we would go from town after town—with a vehicle laden with books and our equipment. We spoke together many times in numerous towns across the Australian continent.

A World War II veteran, Cliff (as he was known) was at one time the director of the Australian Institute of Archaeology. He was an editor of the magazine, Bible and Spade. Cliff was also senior lecturer at Monash University in Australia. He hosted the ABR radio program on archaeology, The Stones Cry Out, for several years, and he appeared many times on the ICR radio program, Science, Scripture and Salvation. Mark Looy of our staff often interviewed him in the 70s and 80s for Science, Scripture and Salvation. Mark told me that Cliff’s use of archaeology to confirm biblical events really helped build Mark up in the faith. When AiG was brand-new as a ministry in 1994, Mark worked again with Cliff. Cliff graciously spoke at some events for us in California and Arizona so that our name could get out there and we could sign up people for our newsletter. He wrote a chapter on the topic of archaeology and the Bible for what has now become the most popular creation-apologetics book in the world—The New Answers Book.

Here is the million-seller book that helped make Dr. Wilson rather well known: 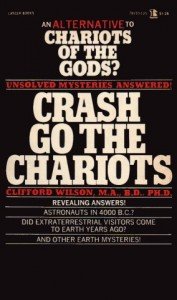 I recall that Cliff was not a believer in a 6,000-year-old earth in his early days of practicing archaeology, but his confidence in the full authority of the Bible—including how archaeology confirmed so many events in the Old Testament—made him re-think his views on the earth’s age. Of all the interests he had and degrees received (he had a PhD in linguistics), this remarkable man’s favorite field of study was indeed archaeology. Many times while traveling together he told me he was totally convinced of six literal creation days and a young earth.

Please pray for the grieving family he leaves behind.

Previous Article Drowning Atheists? Next Article Is BioLogos Trying to Appeal to a Wider Audience?