News From the Olympics

AiG’s Dr. David Crandall spent last week in London, England in preparation for the AiG Olympic Team outreach for early August. He met with English Christians who are very excited about AiG coming to help them witness during their Games. Several Londoners will be joining our group on the streets for literature distribution and witnessing this summer.

Our local chairman pastors a church within a 15-minute walk of the Olympic complex and has excellent contacts within the Olympic community. At one point, this man was even given the opportunity to meet the Queen of Great Britain on a tour. His contacts are opening doors for our ministry in an amazing way.

There are just a few spots open for you to join the AiG Olympic Team in London. This is a once-in-a-lifetime opportunity to be a missionary to the world as people from dozens of countries come to London—or for you to encourage someone from your family or your church to go.

Our Olympic booklets have been translated in eight different languages. 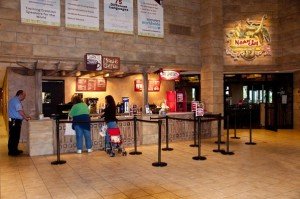 Here is a photo of Noah’s Coffee and Bruster’s ice cream counter outside Noah’s Café. 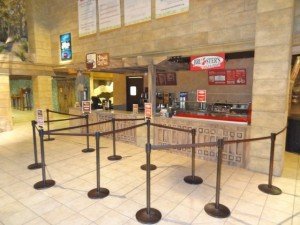 This is a close-up photo of the new stores. 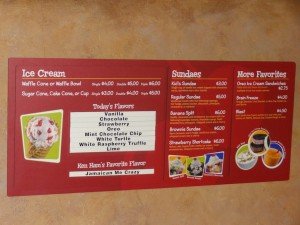 The ice cream treats are delicious. 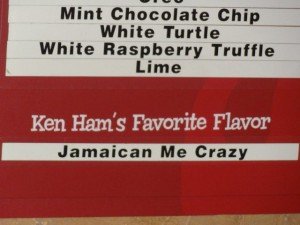 My favorite ice cream is popular. 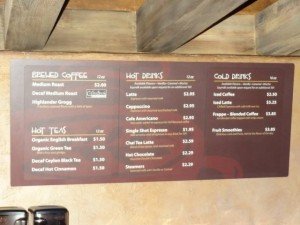 It’s not Starbucks—but it’s just as good in my opinion!

Make sure you visit the Creation Museum where you experience spiritual and culinary delights!

Previous Article Adam and Eve—They Were Real People! Next Article Are You Branson Bound?