It’s typical for secular universities to close their doors to our PhD scientists for lectures, and 99% of the time, evolutionists refuse to debate them. But every once in a while, a Christian group on campus will secure a room so that we can bring in a speaker. Our astrophysicist, Dr. Jason Lisle, spoke on the campus of Clemson University in South Carolina recently, and one of the talk’s sponsors sent us this follow-up report:

The Clemson University event with Jason Lisle went well and we are especially thankful for the turnout. By our best estimation we had 750 out that night and as you well know the gospel was clearly presented. The auditorium we secured seated 850 and it was almost full. This is quite a testimony to the Lord working through many people for us to have the turnout we had. Thank you for your part in suggesting Jason and helping to work all of this out. Only when we get to heaven will we understand the significance of this event.

We heard [a] testimony that one student was saved the next day as a direct result of the meeting.

Thank you for all that you do. Kindest regards,

The Evolution of Tea

Evolution is everywhere—in the popular culture and even in the business world. Here’s another example: a box of teabags in the meeting hall of a hotel where I spoke recently. 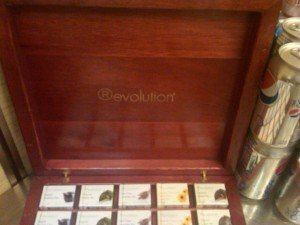 I know that it has the letter “R” in front of the word (the R represents the registered trademark symbol), but the tea company, Revolution Tea, is certainly playing off the word evolution. I suppose they are using the word to show that their tea is an improvement over other tea brands.

I thought I would include photographs of what we woke up to in Australia yesterday—especially for those scraping ice of their windshields in the USA! 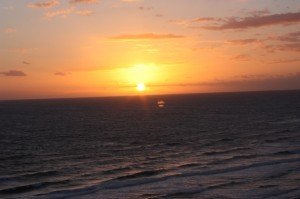 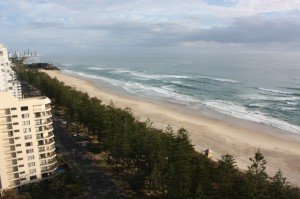 Previous Article Down Under Next Article Evangelicals Compromising with Evolution