Special Visitors at the Creation Museum

Last week we were thrilled to have Dr. Dan Anderson, President of Appalachian Bible College in West Virginia, and his wife, Rosalie, bring a group of students from the college to the Creation Museum. These talented young people made up a bell choir group that gave a wonderful presentation to Creation Museum visitors. 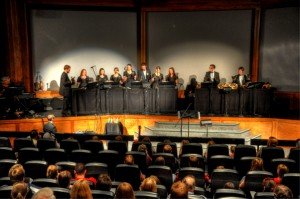 I also had my photograph taken with some of the group in the main hall of the Museum: 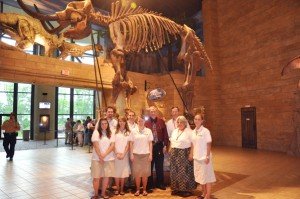 Appalachian Bible College is one of a few colleges that takes a stand on the authority of God’s Word beginning in Genesis as Answers in Genesis does. In fact, they are arranging to bring their freshman students to the Creation Museum each year.

Yesterday, Dr. Jason Lisle and I spoke morning and evening at Calvary Chapel in South Denver (probably to around 2,000 different people) in Littleton—the city where the shocking Columbine School shootings occurred a number of years ago. I met the father of one of the students who was killed by the shooters—he told me more about the killers and how they applied what they had been taught about evolution as their justification for their horrible acts of violence.

Around 16 years ago, Answers in Genesis (then known as Creation Science Ministries) conducted the first major conference in Denver. I had a number of people tell me how the AiG teaching/resources has greatly influenced their lives and enabled them to be much more effective in witnessing to others. I met many young people who told me they remembered hearing me speak to them when they were only six years or so old. They said they never forgot what they heard, and it made such a great impact on them—they are on-fire Christians today. Praise the Lord.

Here are some photos taken yesterday: 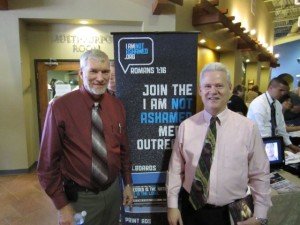 Me with Pastor Gino Geraci—Gino is an ardent biblical creationist and great supporter of the AiG ministry. Thanks to Pastor Gino and his leadership team for allowing us the privilege of speaking to his congregation and opening his church for this area-wide conference in Littleton (Denver area)—which continues tonight (Monday).

With Pastor Geraci and Brian Rohrbough (the father of one of the students killed in the Columbine school shootings), and his daughter Rachael 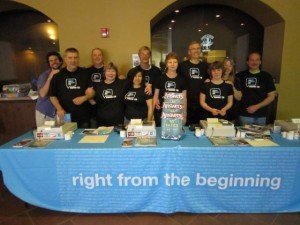 Our volunteer team wearing their “I am not ashamed” T-shirts 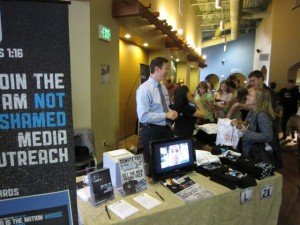 Joe Boone (AiG Advancement Director) speaks to someone about the IAmNotAshamed.org campaign. 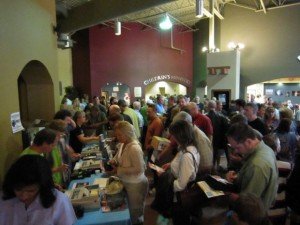 People cramming around the resource tables 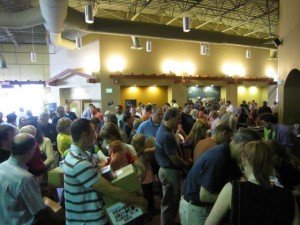 More crowds of people at the conference 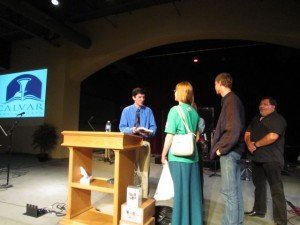 Dr. Jason Lisle of AiG speaking with people after his presentation

The auditorium during one of the sessions

Make me a sanctuary that I may dwell among them

(Exodus 25:8) And let them make me a sanctuary; that I may dwell among them.

The Lord Jesus Christ wants us to make our hearts His home, where we meet with Him and dwell with Him.

Previous Article Go Get Your Own DNA! Next Article Third Anniversary and Kneehigh Museum Ribbon Cutting—at the Creation Museum on Friday