Last year, AiG hosted its first trip to Israel, and over 60 people joined Carl Kerby and Mark Looy for a wonderful time of learning and fellowship. Many, many sites they visited are mentioned in the Bible.

With Carl and Mark, who have traveled to many countries around the globe, they found Israel to be one of the most tourist-accommodating of nations. The meals, hotels, and guides were all excellent in Israel, and the comments we got back from our 60-plus guests agreed with that assessment. But going to Israel with AiG is more than just a vacation, traveling to Israel increases your Bible knowledge and allows you to grow in your appreciation of God’s Word as reliable. That’s why we are hosting another tour of Israel on October 15-25. 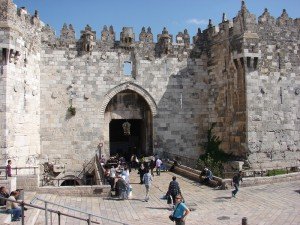 Jerusalem’s impressive Damascus Gate—an entrance into the old part of the city.

Recently, we sent an anniversary letter to all the 2009 participants; we made sure that we remain in touch with them and shared in the privilege of going to the “land of the Bible.” When you spend 12 days with a group of people, in such a wonderful setting, it builds life-long friendships. We received a few emails in return, with some “raving-fan” comments.

Brian of Georgia told us:

Of all the travels that I take (about 50% of my time is spent traveling all over the world), the trip to Israel with Answers in Genesis was the most memorable, enjoyable, and meaningful of any.

– Brian R., Georgia, 2009 Israel tour participant We also received this email from Karen in Michigan, who had the time of her life on our AiG tour in April 2009:

Because of my great experience going to Israel with AiG [in 2009], I have encouraged others to go to Israel . . . AND THEY ARE!!!!  Two couples from our church went in February, and our pastor and his wife went in March. Another man from our church is going by himself with Pilgrim Tours in June.

I get so excited when someone tells me they are going, and they usually ask for my input.  I have the opportunity to go back over and over again vicariously, and I love it.  I am going back—I just don't know when.

Thank you so much. We really did have a WONDERFUL time. Then we received another alumni email from the 2009 Israel trip; this came from a couple that travels constantly (e.g., going on a cruise this year to the Scandinavian countries), and here is what they had to say about AiG’s Israel trip:

We talk about this trip all the time, both to friends and to each other.  This past Wednesday, we went to see the Dead Sea Scrolls, which—hard to believe—is in the Milwaukee museum! They say it is only the second time these items have been on display outside of Israel.  It was so special because we were right there [Qumran] where they were found.

Our Israel tour was the most inspirational trip we have ever been on. Thanks to the both of you and all our friends from AiG.

Easter seemed to just come alive this year.  We remembered our time when we shared Communion at the Empty Tomb [in Jerusalem].  Christmas was also so much more meaningful because of our trip to Bethlehem.”

– Steve and Cyndi, Wisconsin Also, the same time we were receiving the above comments, our friend, biblical worldview speaker, and author (and radio host) David Wheaton gave us an update on his ministry. He is a former top-ranked tennis champion (back in the ’90s) when he learned that AiG was taking another tour of Israel, he remarked:

I went to Israel twice during my tennis days to play tournaments.  The most fascinating place in the world.

We have 56 people already going on this October’s tour. What’s different and very special about this particular visit to Israel is that it will have a lot of teaching related to the Genesis account of the Flood. You see, Dr. Andrew Snelling—a wonderful communicator, even down to the teenage level (we had some teens on last year’s Israel tour)—will show you parts of Israel that most tourists don’t get to see. And he will show how some of the geologic features of the region were created as a consequence of the Flood of Noah! And the major sites that all tourists want to see are also on the AiG itinerary (i.e., Jerusalem, Masada, the Sea of Galilee, etc.).

As someone who has also traveled to Israel, and found it very welcoming, safe, and absolutely fascinating, I urge you to take a peek at the following website and then consider joining Dr. Andrew Snelling and Dr. David Crandall (who has led 16 tours of Israel—that shows how much he loves traveling to Israel!): http://www.pilgrimtours.com/aig.htm

Here is a great report on a recent “Wild Game Supper” conducted by AiG’s Buddy Davis:

. . . Just wanted to share with you how blessed we were to have Buddy and Kay visit our church this past weekend. Saturday night we had a "Wild Game Supper" that Buddy shared hunting stories and songs. Sunday's morning talk was on The Relevance of Genesis, we had a full church! Buddy spoke with such conviction, it was awesome! Our children's choir surprised him with singing two of his songs in the morning service. My daughter Haley had a solo on one of the songs . . . I think Buddy enjoyed that. Sunday evening we had another full house and enjoyed his music . . . I could listen to him sing all day! Once again the kids got up and joined Buddy on the chorus for two songs.

I have included a few photos . . . one of Haley during her solo (she is wearing the Buddy lookalikehat) another of the kids singing with Buddy, and one of all of us together . . . 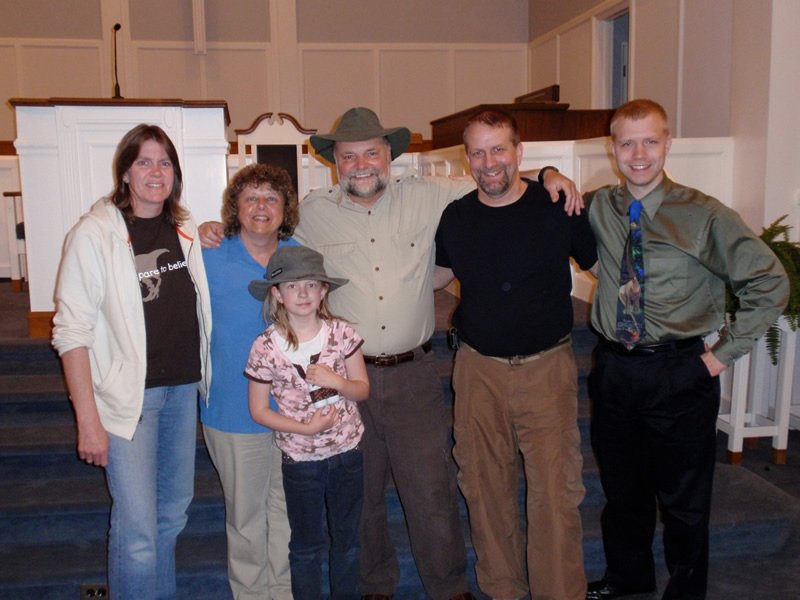 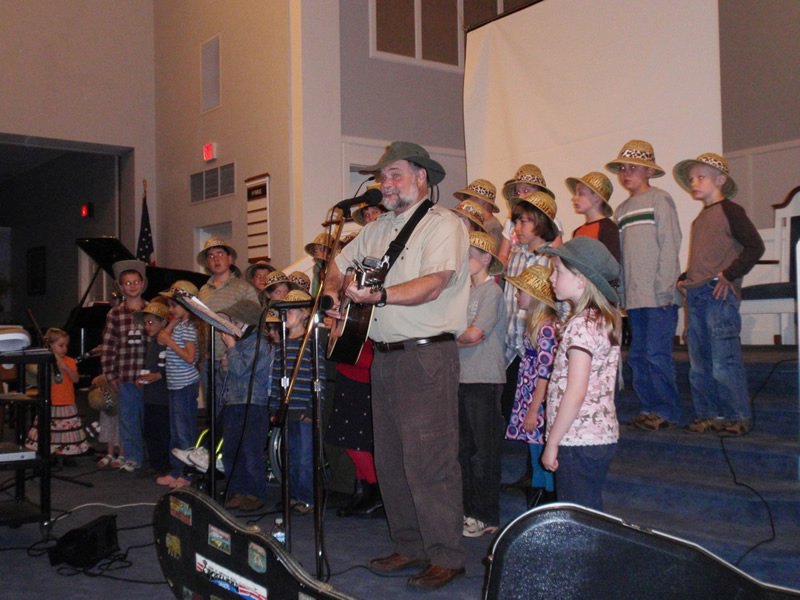 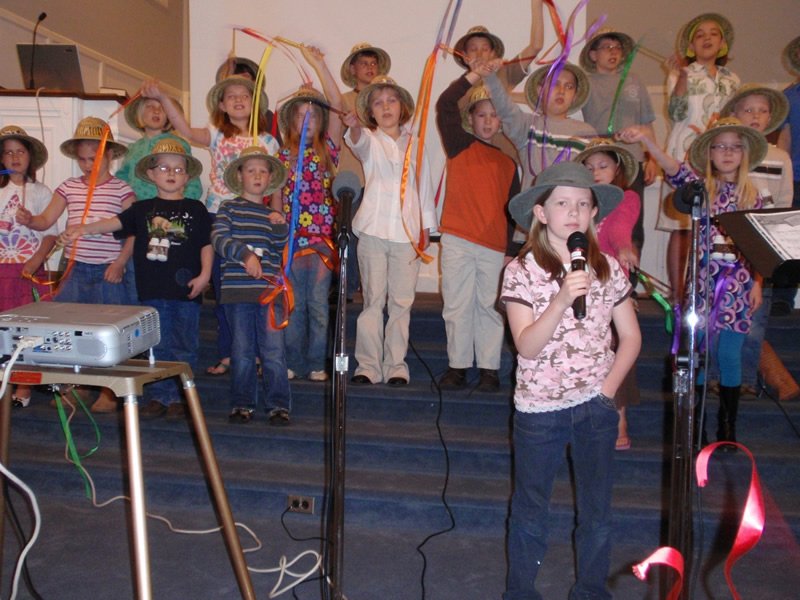 The Lord has restrained

(Gen 16:2)  And Sarai said unto Abram, Behold now, the LORD has restrained me from bearing: I pray you, go in unto my maid; it may be that I may obtain children by her. And Abram hearkened to the voice of Sarai.

Since the first sin in Genesis 3 every sin is justified by the same reasoning that blames God for not giving and comes up with some way to get what God kept back. Thanks for stopping by and thanks for praying,