Here is a preview of a brief article (slightly edited here) found in our next Answers magazine (April issue), as it relates to a new evolution exhibition in Washington DC that opens today:

The Smithsonian Institution’s Museum of Natural History was scheduled to open a new Hall of Human Origins—an exhibit that cost nearly as much as the first phase of our own high-tech 70,000-square-foot Creation Museum. Speaking of which, the Creation Museum will soon open a new exhibit that deals with the supposed origins of humans from an ape-like ancestor. In addition, as we go to press, the museum’s millionth guest is being anticipated, much sooner than envisioned when the museum opened in May 2007. [We are now at 960,000 visitors] A TV news anchor in Texas came across this story off the AP news wires and forwarded it to us:

The nearly $21 million Hall of Human Origins opens Wednesday. It will include more than 285 fossils and artifacts, including the only Neanderthal skeleton in the United States.

Curator Rick Potts says the exhibit tracks major milestones of human development, including when we started walking upright and speaking. He says the science can be compatible with religious perspectives.

Last week, Dr. David Crandall of our staff gave a report on AiG’s recent outreach to the Winter Olympics in Vancouver, Canada.  The team (over 100 volunteers) handed out around 95,000 gospel booklets (see photograph) and spoke to hundreds of people.  This is the third time AiG has been involved in such an Olympics outreach.  We are already preparing for the 2012 Olympics in London!  Here is a photograph of Dr. Crandall as he gave his report last week and also a photograph of the booklets specially prepared for the Vancouver Olympics: 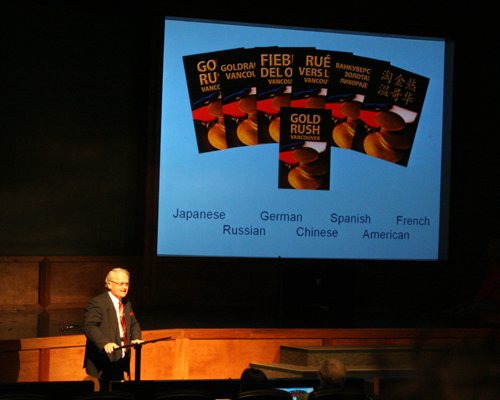 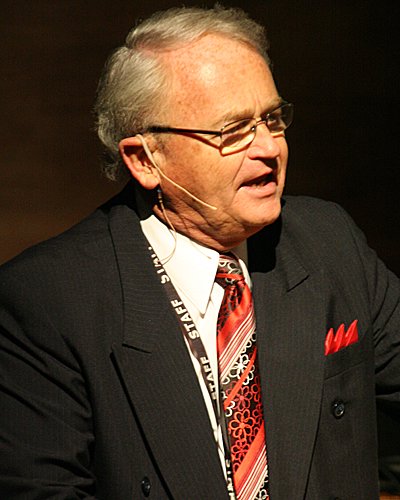 While I was in Georgia last week, I missed seeing Pastor Gary Favor of Faith Baptist Church in the Dayton (Beavercreek), Ohio area. About ten years ago, Gary hosted us at his church for an Answers seminar; he told us that adding up the crowds each night, plus a school assembly held during one of the days, over 6,000 people showed up (of course, some people came out each night)

A few months ago, Gary hosted a group of 100 church members here at the Creation Museum. Last week, he was back again. In the photo (taken inside our museum's Ark-themed café), you can see Gary, his wife Patty, and their grandson Coal (age 8; he really enjoyed our dinosaurs, I was told). 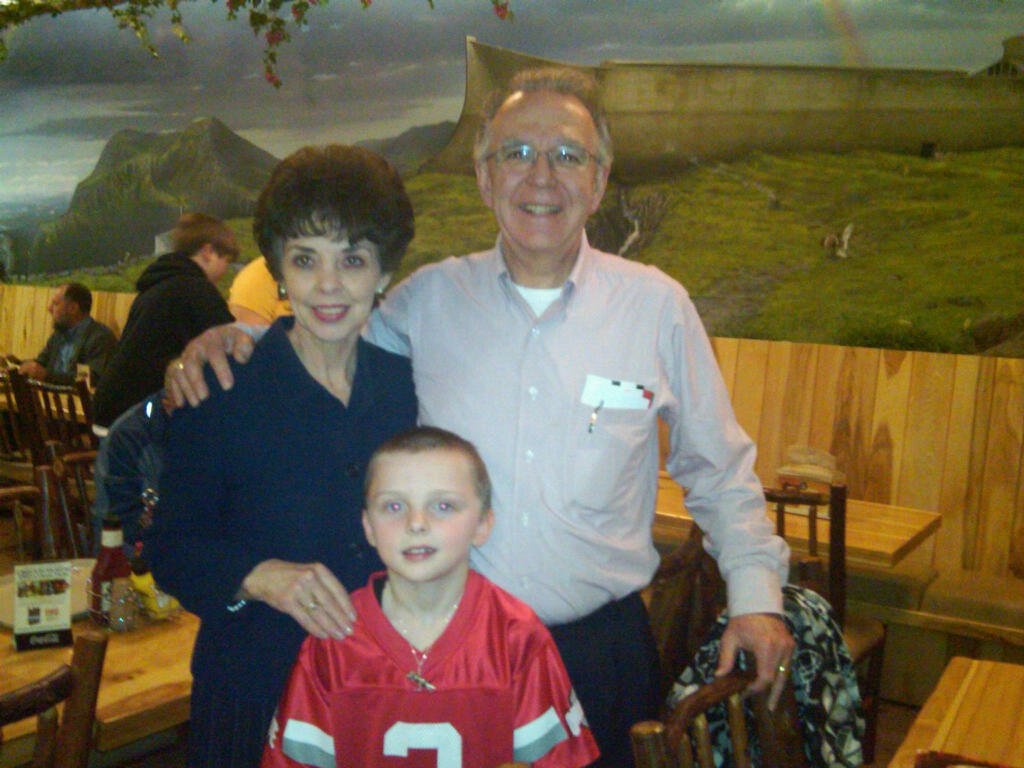 Today I will be speaking to children and young people at special programs geared for them and then a public meeting tonight at Harvest Christian Fellowship at 7pm.  The evening presentation (which is free) is entitled, “The Importance of Biblical Authority and the Age of the Earth.”  You can obtain details from the AiG web calendar.