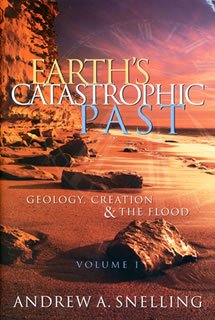 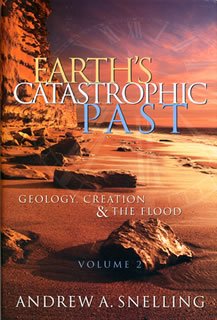 I am thrilled to announce that Dr. Andrew Snelling’s long-awaited, highly detailed geology book—destined to be a creationist classic—entitled Earth’s Catastrophic Past (Volumes 1 & 2) is now available through AiG’s online bookstore.

I consider Andrew the world’s leading creation geologist. I first met him over 30 years ago in the early days of the founding of the creation ministry in Australia (which began in our home in Brisbane). At the time, Andrew lived in Sydney—he received his PhD in geology from Sydney University. He worked in the Northern Territory with Uranium deposits and eventually moved to full-time ministry with the creation ministry I founded in Brisbane (Queensland).

Andrew is now the full-time Director of Research for our Answers in Genesis ministry here in the USA—which God has blessed to be the leading creation/worldview/apologetics ministry in the world. Andrew has been the most prolific creation geologist writer in recent times and is also the editor of AiG’s Answers Research Journal—the world’s leading on-line technical creation research publication (free on AiG’s website).

The original creation geology book that began the modern creationist movement, The Genesis Flood (which is still available in print), was published nearly 50 years ago (1961). Andrew spent a number of years writing what I believe is now the second great creationist classic geological work of this modern era, making available the best up-to-date creationist geology thinking and research.

There are over 1100 pages of detailed information on geology, Creation, and the Flood. This is a must for every serious student of creationism.

You can order this remarkable two-volume set from AiG’s online bookstore. We have copies in stock ready to ship!

Herpetologist Rick Teepen has many years’ experience studying and caring for reptiles. Two years ago he started coming to our Creation Museum to present a program called “Snakes Alive!” This amazing program features many rare and beautiful snakes, plus some unusual lizards (have you ever seen a legless lizard?)—and turtles and even an alligator. 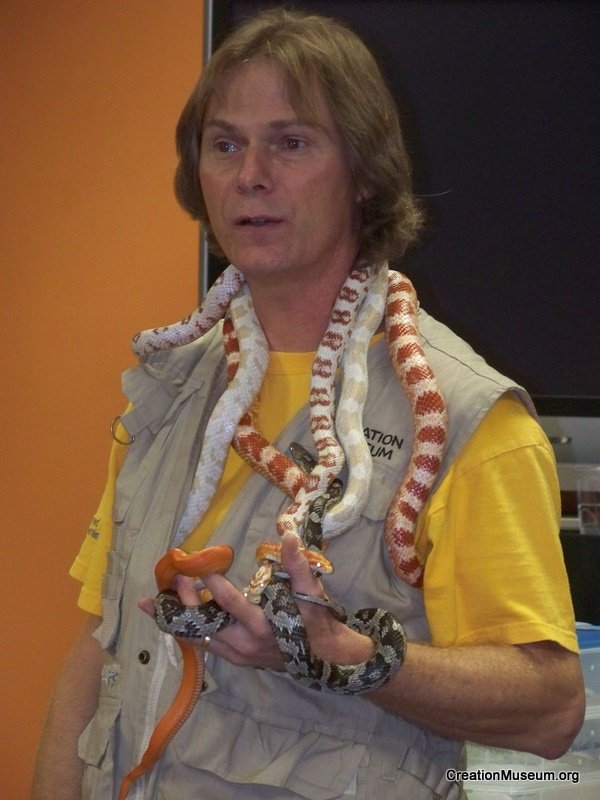 For our museum guests, Rick explores God’s remarkable design as seen in these reptiles, explaining that their variety is a result of natural selection and not molecules-to-man evolution. Since 2008, “Snakes Alive!” has been seen by nearly twelve thousand Creation Museum guests! Shows are available on most Saturdays over the coming weeks—you can check our events calendar for more information.

Rick has a show tomorrow (Saturday) and the following Saturday at the museum.

“But the chief priests consulted that they might put Lazarus also to death; Because that by reason of him many of the Jews went away, and believed on Jesus.” John 12:10–11

The more we speak openly to the lost of the new life we have received from the Lord Jesus Christ, the more we can expect the enemies of the Lord to go after us. Thanks for stopping by and thanks for praying, Ken