Getting “To the Point”

The world’s media often contact us to comment on the intersection of “religion and science.” Last week, we had a Japanese film crew here at the Creation Museum to produce a travelogue of places to visit in America. The week before it was a Canadian documentary crew—this month marks the 150th anniversary of Darwin’s On the Origin of Species, and this nationwide TV program will air in Canada later this month.

On Friday, Dr. Terry Mortenson participated in a national U.S. interview program called To the Point. The long segment was entitled “Science, Religion, and Public Policy” and was hosted by well-known journalist Warren Olney—produced by Public Radio International and radio station KCRW in California (they are something of competitors with NPR—National Public Radio).

You can listen at this link—the interviews start at about 7:45 (Terry comes in several minutes later):

Olney did a fair job of offering balance, although we note that his producer picked three panelists (out of four) who were evolutionists—though two said they are Christians.

Notice as you listen that well-known science writer (and evolutionist/atheist) Chris Mooney, author of Unscientific America, stated towards the end of the program that Dr. Mortenson is “throwing out all of geology” and that virtually every credentialed scientist is an evolutionist. Interestingly, Dr. Mortenson has a PhD in the history of geology and is thus aware that there are a growing number of geologists who reject evolution (e.g., Dr. Andrew Snelling of Answers in Genesis). Thus, “virtually every” scientist is an exaggeration. (We had a NASA engineer from Houston visit the museum recently—he said we would be surprised to know how many creationist scientists and engineers work at NASA.)

One guest suggested at the very end of the radio program that he would not invite creationists to speak at an academic conference on the topic of religion and science because they are “bad” scientists.

Here are some photographs of the final day of the South Carolina AiG conference at Hampton Park Baptist Church in Greenville:

1. Children at the morning school assembly 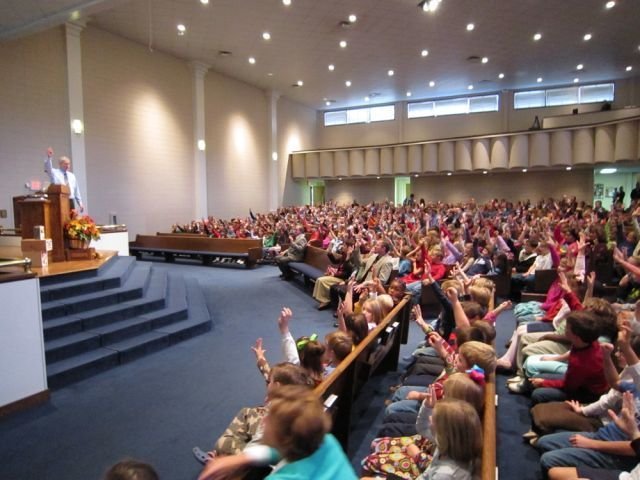 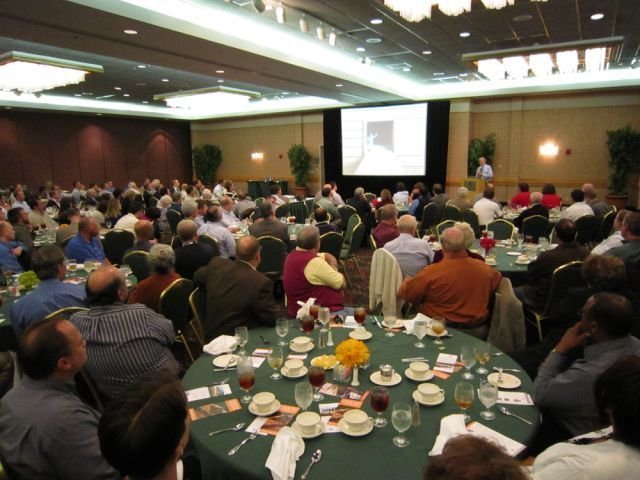 4. Stephen Ham (who is taking over the senior director of Outreach position at AiG) speaking at the luncheon 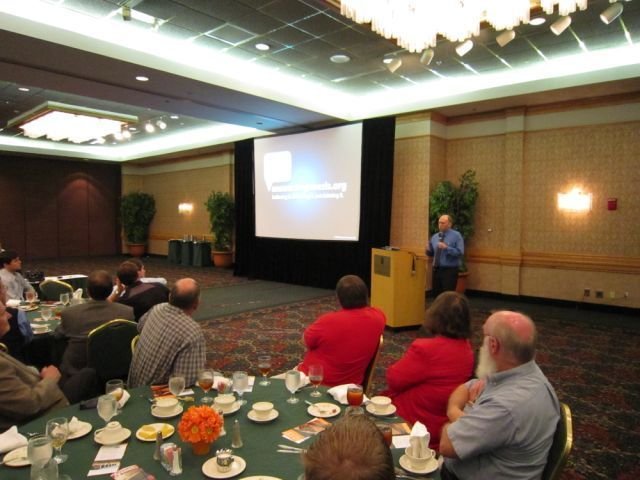 Again, there were lots of great testimonies. A professor from a Bible college outside of Greenville gave testimony as to how the AiG resources have greatly influenced his students and the church he attends where he is now running a creation apologetics class using the AiG resources.

We were also thrilled at the number of non-Christians who attended the businessmen’s luncheon.

I want to thank Pastor Conley publicly for opening his church up to the AiG ministry and for his commitment to the authority of the Word of God. Praise the Lord for pastors like this who take such a biblical stand that is so needed in the church.

With the Gospel we rescue

We are lame against the enemy who is the trapper of the prey, lost souls of men, but filled with the Spirit of the Lord Jesus Christ; we as the lame rescue the prey

Previous Article WWII Bomber Pilot Visits Next Article “Woe to Those who . . . Put Darkness for Light and Light for Darkness”