At the two school assemblies for the Answers for Darwin conference yesterday in Portland, Oregon, around 2000 teenagers (junior–senior high) and 1600 children (K–6) from Christian schools, homeschools, and a number who had permission to leave public school turned out to take in the two one-hour sessions I presented, covering topics such as dinosaurs, the age of earth, natural selection, etc., with an emphasis on biblical authority and the gospel.

During the break, one young man came and asked me to autograph the AiG book (an older edition of the dinosaur book) and said, “This is the book the Lord used to bring me to Christ.” Altogether, including the Sunday morning services Dr. Jason Lisle and I spoke at, we estimate at least 7,000 different people were reached with the creation/gospel message from Sunday morning through Monday evening. Many more thousands will be reached through the AiG resources—there was hardly anything left from the six pallets of resources that were sent out for the conference—and large numbers of back orders were taken for material we ran out of.

Here are some photographs taken yesterday, including one with a man named Bob—he turned 90 yesterday and is a charter member of the Creation Museum (he lives over 2,000 miles from our museum!). He said one of his aims in his life is to actually visit the Creation Museum before he moves to heaven. There is also a photograph of me and the pastor emeritus (Pastor Dale Ebel and his wife) of the church we held the conference in. He had set up this AiG conference before he moved on to other ministry. The successful conference was hosted by the Design Science Association in Portland. 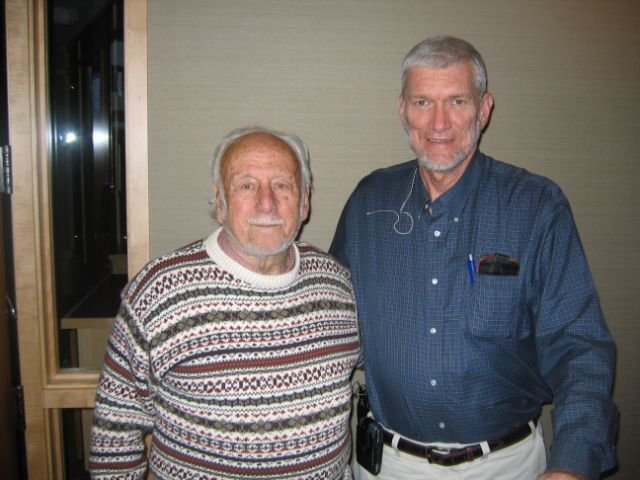 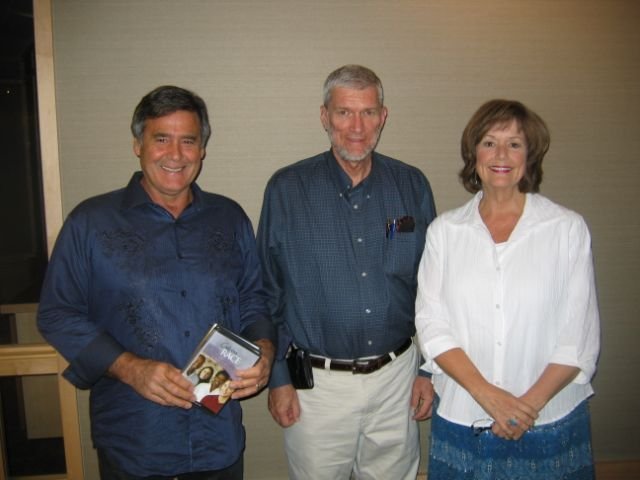 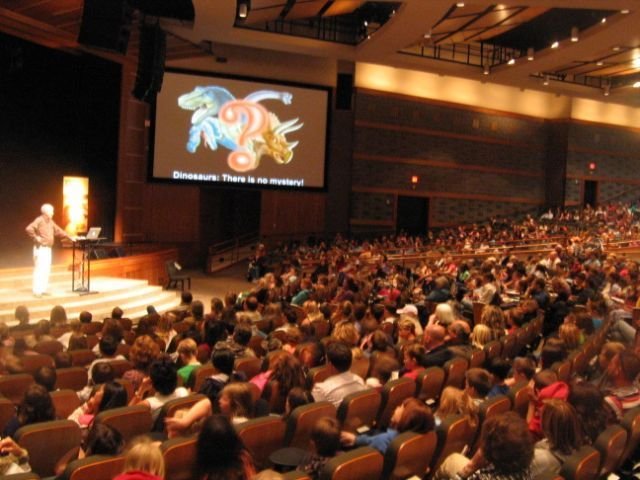 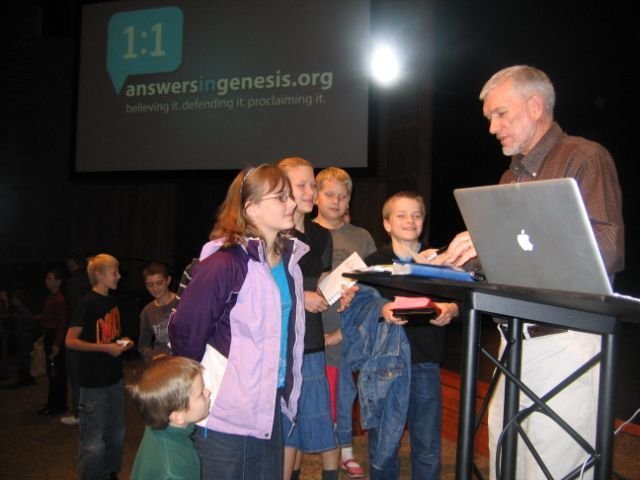 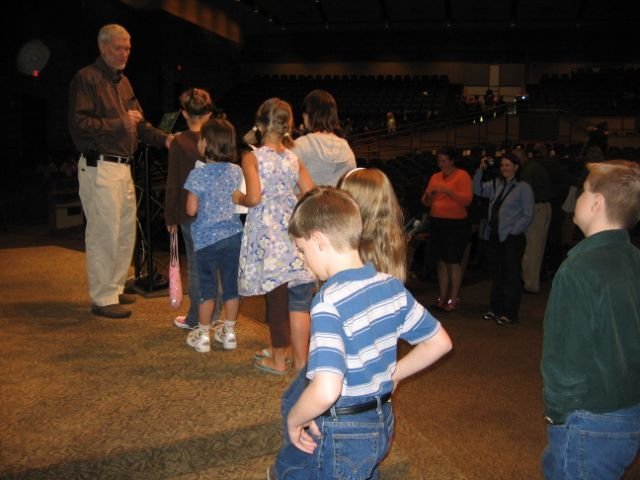 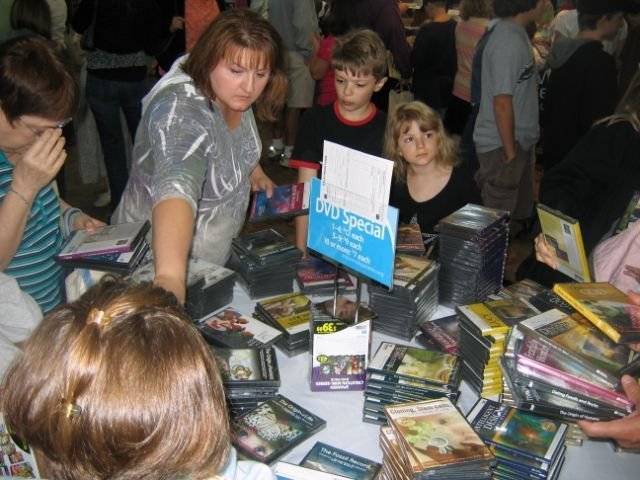 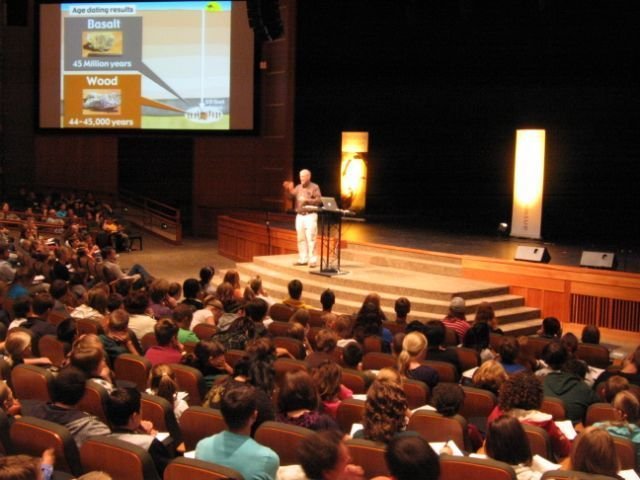 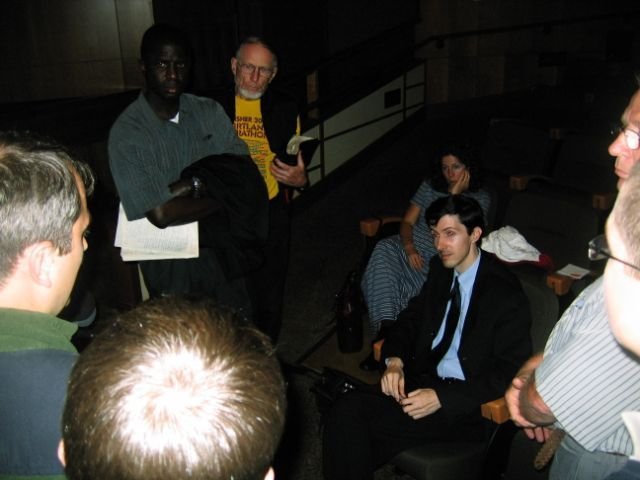 A Is for Adam in Africa

What a thrill to receive this:

We wanted to share the attached picture with you taken during our recent trip to Zambia. 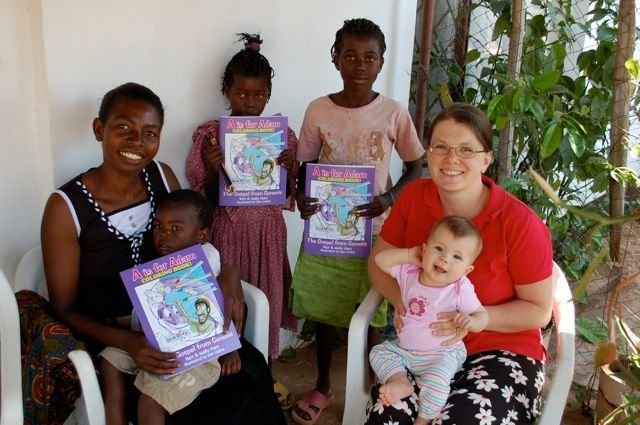 My husband’s parents have worked in Zambia for over 35 years . . . and have used AiG’s materials for many years both in their role as Religious Education teachers in the local school (British education system with much freedom—for now—to preach the gospel) and with the churches they are involved with.

As we shared with you back in May at the museum (don’t worry—we don’t expect you to remember ;) ) we read A Is for Adam to our daughter Elysha every day til she died and do the same now with our daughter Jessica. We were excited to bring several copies of the colouring book version of the book to share with the children in Zambia as well as the DVD for my in-laws to show. We also showed The Last Adam to a group of college-age students at a four-day camp which Richard spoke at. Sitting around a campfire talking (as the video begins) is very relevant in an African context!

We returned from Zambia 10 days ago and are now preparing to go to Brazil on Saturday until June of next year. Richard is working just north of the Amazon and has gotten involved with a local church. It’s all in Portuguese there so we were thrilled to see “How Can I Become a Child of God” available in Portuguese as well as the “7 C’s” info available online in Portuguese from Answers Worldwide. We are excited to share these with the local believers there.

Thank you so much for your continued work. Be encouraged by the opposition you are facing.

I am thy part and your inheritance

(Numbers 18:20) And the LORD spoke unto Aaron, You shall have no inheritance in their land, neither shall you have any part among them: I am your part and your inheritance among the children of Israel.

Man spends his life building up possessions, but the more we treasure that the Lord Jesus Christ is within us, the more we see how possessions are overrated. Thanks for stopping by and thanks for praying,