Those who oppose the Creation Museum, having by and large given up on trying to argue logically and scientifically against the information presented in its exhibits, are resorting more and more to a mocking, scoffing, and a ridiculing approach.  It seems their philosophy is this: “If you throw enough mud, some will stick.”

One of the ways these opponents have tried to belittle and ridicule the Creation Museum is by using a children’s item at the museum that is not an exhibit, and taking it out of context and trying to make an issue of something in a way that is childish and absurd.

In the book Idiot America–which is now getting considerable press coverage—the author states in the “Introduction”:

The whole group then bustled into the lobby of the building, where they were greeted by the long neck of a huge, herbivorous dinosaur. The kids ran past it and around the corner, where stood another, smaller dinosaur. Which was wearing a saddle. It was an English saddle, hornless and battered. Apparently, this was a dinosaur that performed in dressage competitions and stakes races. Any dinosaur accustomed to the rigors of ranch work and herding other dinosaurs along the dusty trail almost certainly would have worn a sturdy western saddle. This, obviously, was very much a show dinosaur. The dinosaurs were the ﬁrst things you saw when you entered the Creation Museum, the dream child of an Australian named Ken Ham, who is the founder of Answers in Genesis, the worldwide organization for which the museum is meant to be the headquarters.

In a Q&A with the author (as published on a secular website) we read:

Question: What inspired, or should I say drove, you to write Idiot America?

Charles P. Pierce: The germ of the idea came as I watched the extended coverage of the death of Terri Schiavo. I wondered how so many people could ally themselves with so much foolishness despite the fact that it was doing them no perceptible good, politically or otherwise. And it looked like the national media simply could not help itself but be swept along. This started me thinking and, when I read a clip in the New York Times about the Creation Museum, I pitched an idea to Mark Warren, my editor at Esquire, that said simply, “Dinosaurs with saddles.” What we determined the theme of the eventual piece—and of the book—would be was “The Consequences Of Believing Nonsense.”

Question: You visited the Creation Museum while writing Idiot America. Describe your experience there. What was your first thought when you saw a dinosaur with a saddle on its back?

Charles P. Pierce: My first thought was that it was hilarious. My second thought was that I was the only person in the place who thought it was, which made me both angry and a little melancholy. Outside of the fact that its “science” is a god-awful parodic stew of paleontology, geology, and epistemology, all of them wholly detached from the actual intellectual method of each of them. The most disappointing thing is that the completed museum is so dreadfully grim and earnest and boring. It even makes dragon myths servant to its fringe biblical interpretations. Who wants to live in a world where dragons are boring? First of all, here are some photographs from the actual Creation Museum dinosaur exhibit—note there are no dinosaurs with saddles: 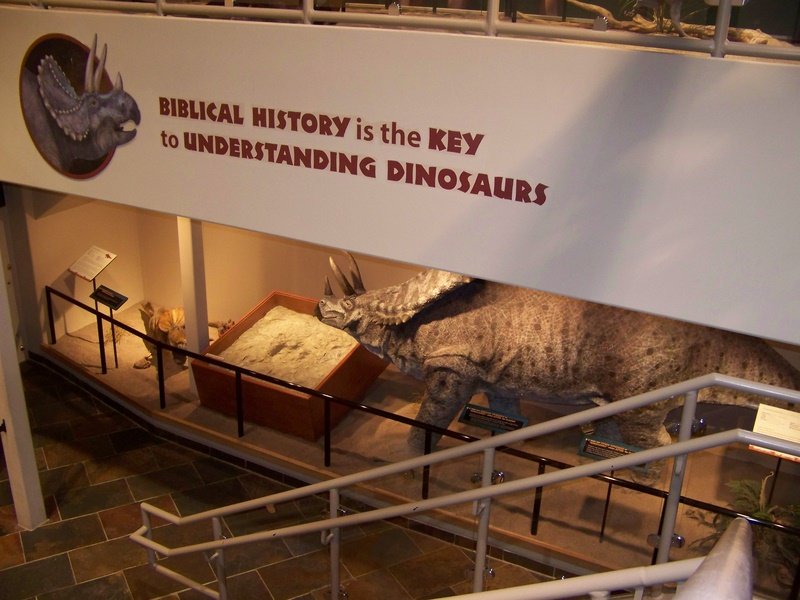 Secondly, not as part of an exhibit, but as a fun thing for kids to do, we do have one sculptured dinosaur with a saddle (sculpted by Buddy Davis, and he also made the saddle) that is used for a fun activity for kids to climb on and have their photographs taken—no different to what you see in certain theme parks and other secular venues. In fact, here are three photographs of kids on this dinosaur: 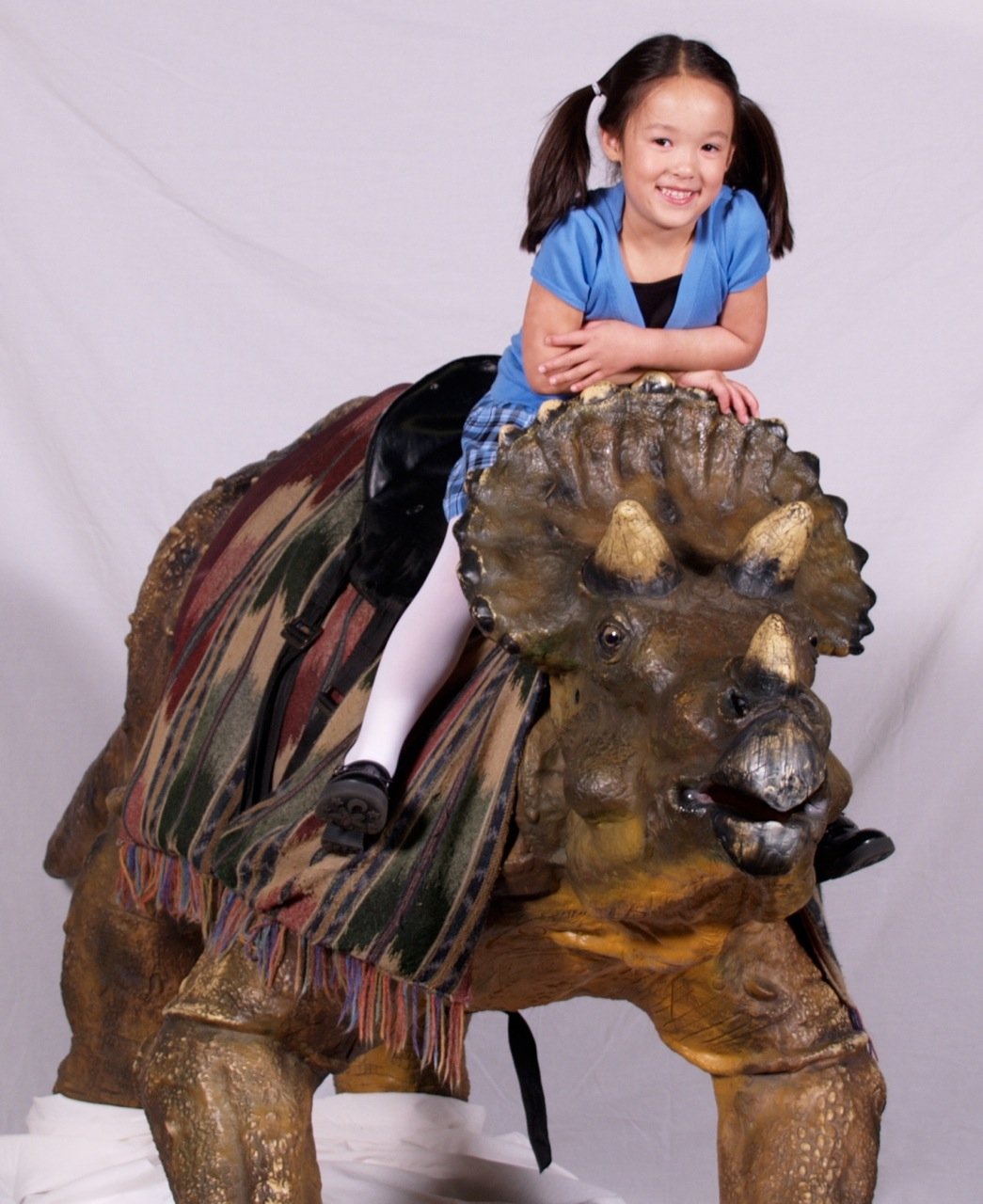 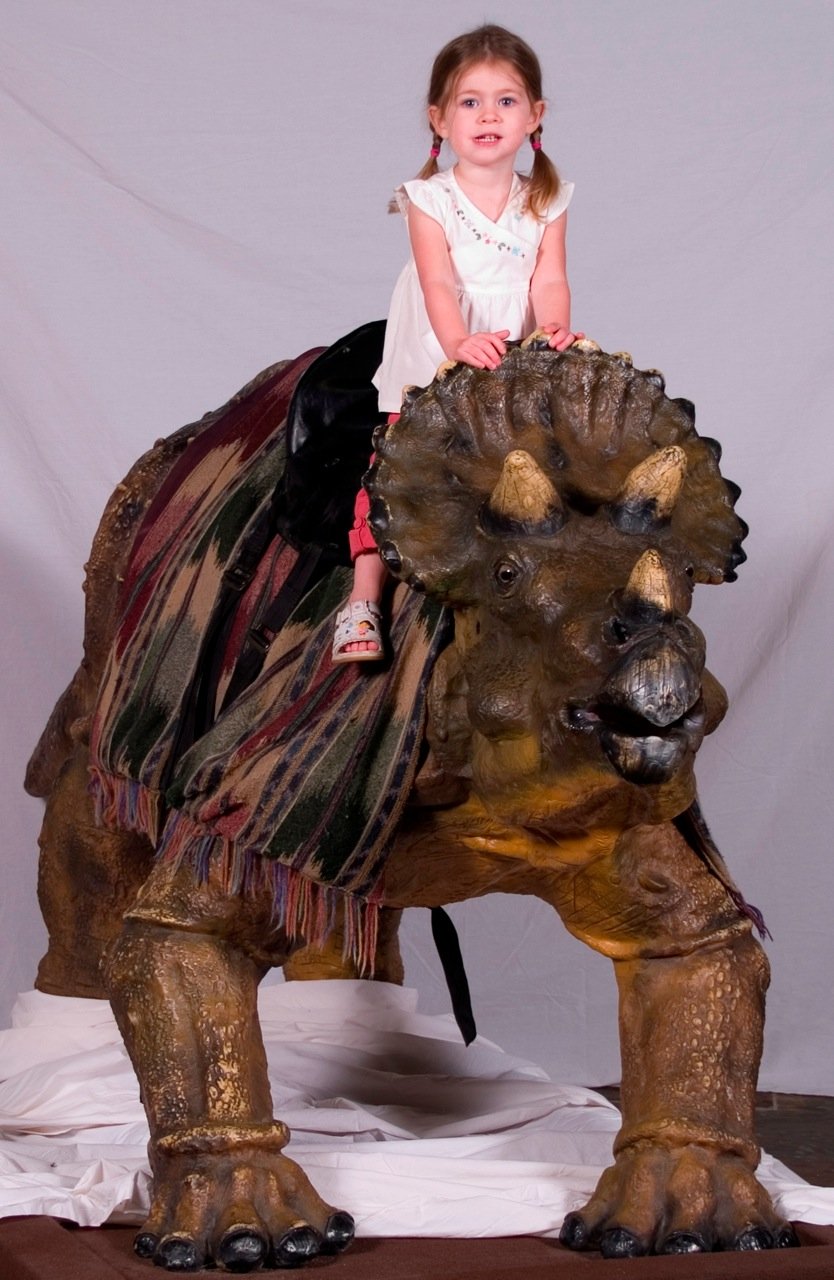 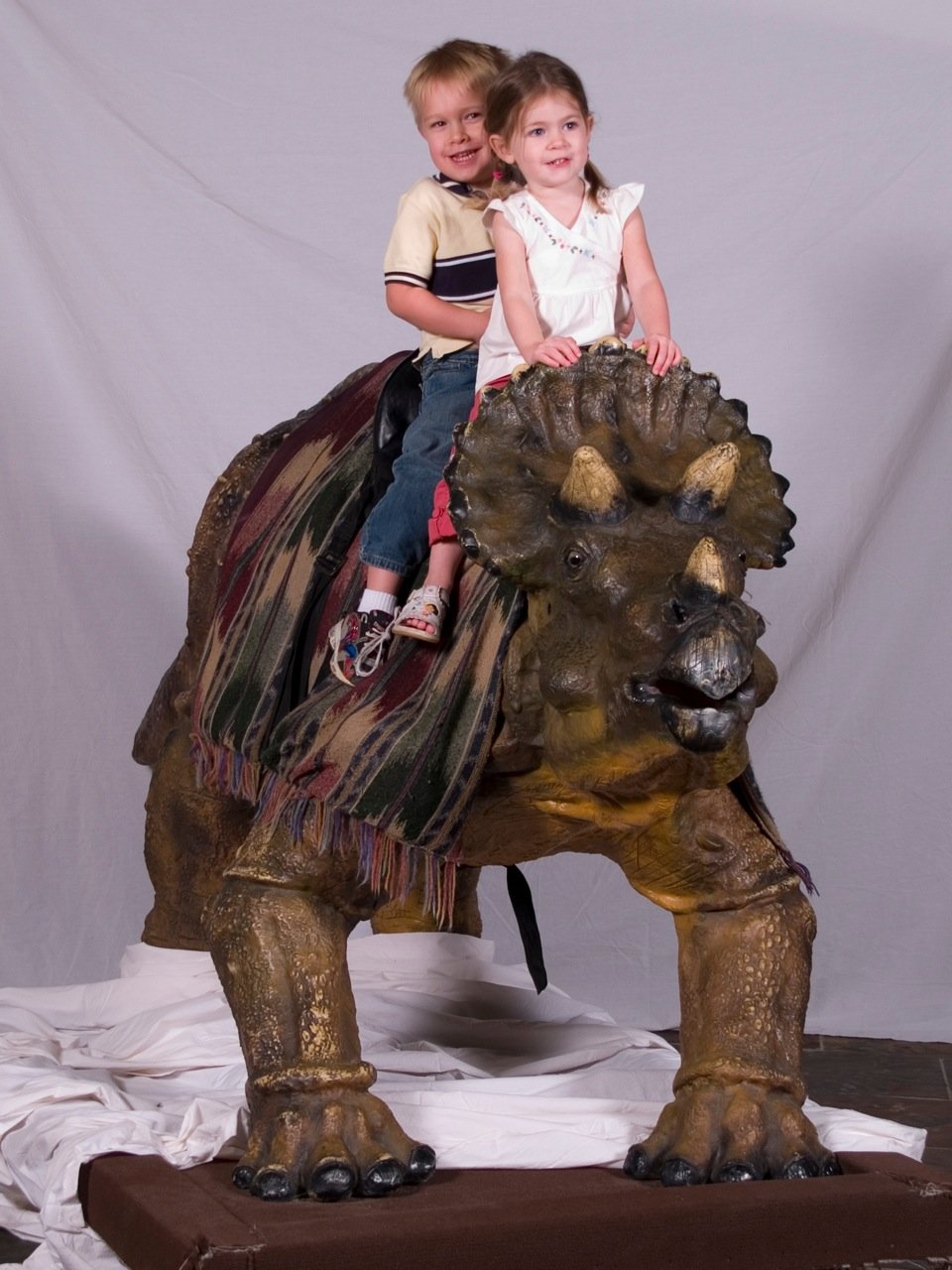 When do you ever see these scoffers going to secular theme parks and other places and mocking them for similar fun things? What about all the fun dinosaur toys that are made by the secular world—dinosaurs “reading” books, dinosaurs doing all sorts of things. Apparently the secular world can do much, much more in regard to using dinosaurs for fun things for kids—but AiG can’t even use one dinosaur in a fun way! How absurd can you get?

By the way, this author was interviewed on Wisconsin Public Radio (WPR) network last week about his book. One of our supporters was listening and quickly alerted us, and we were able to get Dr. David Menton of our staff on the phone for a few minutes to talk to the man—who was quite rude as he interrupted Dr. Menton.

The author kept asking about our museum and its Garden of Eden exhibit and pressed Dr. Menton about Adam’s ability to name “all” the animals in a 24-hour period. Well, Dr. Menton pointed out that Genesis 2 does not say that Adam was required to name all the animals (the Bible says that Adam gave names to cattle, birds, and to beasts of the field).

I find it curious that a radio network like WPR that attempts to be taken seriously as it interviews “experts” about various topics would stoop to interviewing a man with a book called Idiot America.

The State of the Nation Live Web Event

On Thursday evening at 8:00 p.m. Eastern Time, I will be presenting a lecture at the Creation Museum to be broadcast live (over the internet and Christian radio) entitled “The State of the Nation.” This presentation will not only deal with the contents of our new book Already Gone: Why Your Kids Will Quit Church and What You Can Do to Stop It, based on the research conducted by Britt Beemer of America’s Research Group, but will also deal with the spiritual problems this nation is facing. Too many people are only trying to invoke a political situation to a spiritual problem—which requires a spiritual solution.

After the presentation, Britt Beemer and I will then answer questions via a live chat through the web for 30 minutes.

The presentation will be streamed through the AiG website after the event and will also be made available on DVD.

Here are the details:

(Exodus 14:14) The LORD shall fight for you, and ye shall hold your peace.

When surrounded by a myriad of devastating troubles, we need to remember it is the Lord who fights for us Thanks for stopping by and thanks for praying,