Already Gone in the News

Our new book Already Gone is beginning to get considerable coverage in the Christian media. Not only am I now doing daily radio interviews (three for today, for instance) concerning this book, but various news items are appearing on the web. For instance, this one is from the very popular site World Net Daily:

Why are young people leaving the church?

What does the age of the Earth have to do with the exodus of young people from American churches?

Ken Ham, known for his Answers in Genesis creation-science ministry, says a major study he commissioned by a respected researcher unveils for the first time in a scientific fashion the startling reasons behind statistics that show two-thirds of young people in evangelical churches will leave when they move into their 20s.

The study, highlighted in Ham’s new book with researcher Britt Beemer, “Already Gone: Why your kids will quit church and what you can do to stop it,” finds church youth already are “lost” in their hearts and minds in elementary, middle and high school—not in college as many assume.

“A lot of the research already done has been to find out how many believe, how many support abortion, believe in the resurrection, say they're born again,” Ham told WND. “But nobody has really ever delved into why two-thirds of young people will walk away from the church.”

You can read the entire article.

You can also order Already Gone from the Answers in Genesis online bookstore.

More Visitors from Down Under

Visitors from around the world continue to pour into the Creation Museum—and we are seeing more visitors from Australia. I was thrilled to have my photograph taken with Tim and Kathryn Limmer and their two children (Moses and Abigael) from my home city of Brisbane (they originally lived in New Zealand). 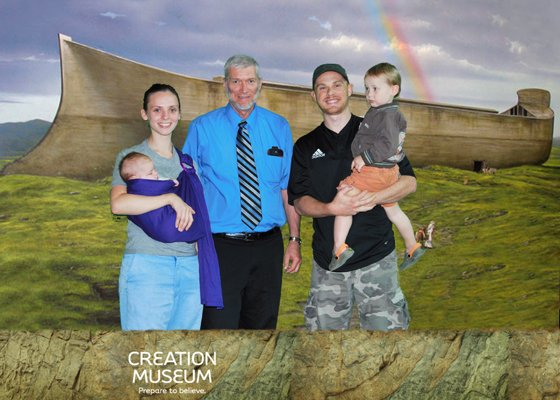 The cure for a dying prayer life is to know the Lord Jesus Christ more deeply; the more we are convinced of His good will, the more we will not stop praying.