PETA and the Fly

I thought you would be interested in (or amused by) the animal rights organization PETA’s position (by one of its senior writers/bloggers) on President Obama killing a fly during a TV interview:

Well, I guess it can’t be said that President Obama wouldn’t hurt a fly. The commander in chief was recently pestered by a fly during an interview. He swatted at the insect and killed the little guy instantly.

Believe it or not, we’ve actually been contacted by multiple media outlets wanting to know PETA’s official response to the executive insect execution.

In a nutshell, our position is this: He isn’t the Buddha, he’s a human being, and human beings have a long way to go before they think before they act.

If all this has you wondering how you can be a bigger person (figuratively, as well as literally) in your dealings with exoskeletal beings, check out our handy-dandy bug catcher—one of which we are sending to President Obama for future insect incidents. I can tell you from personal experience that it sure came in handy the other day, when one of my cats was chasing the World’s Largest Palmetto Bug around the house.

I wonder if we will one day see a “Save the tapeworm” society or “save the polio virus” campaign soon.

Watch out for the Pterodactyl

One of the Creation Museum’s new billboards went up on Interstate 275 (which encircles our Cincinnati metro area) this past week: 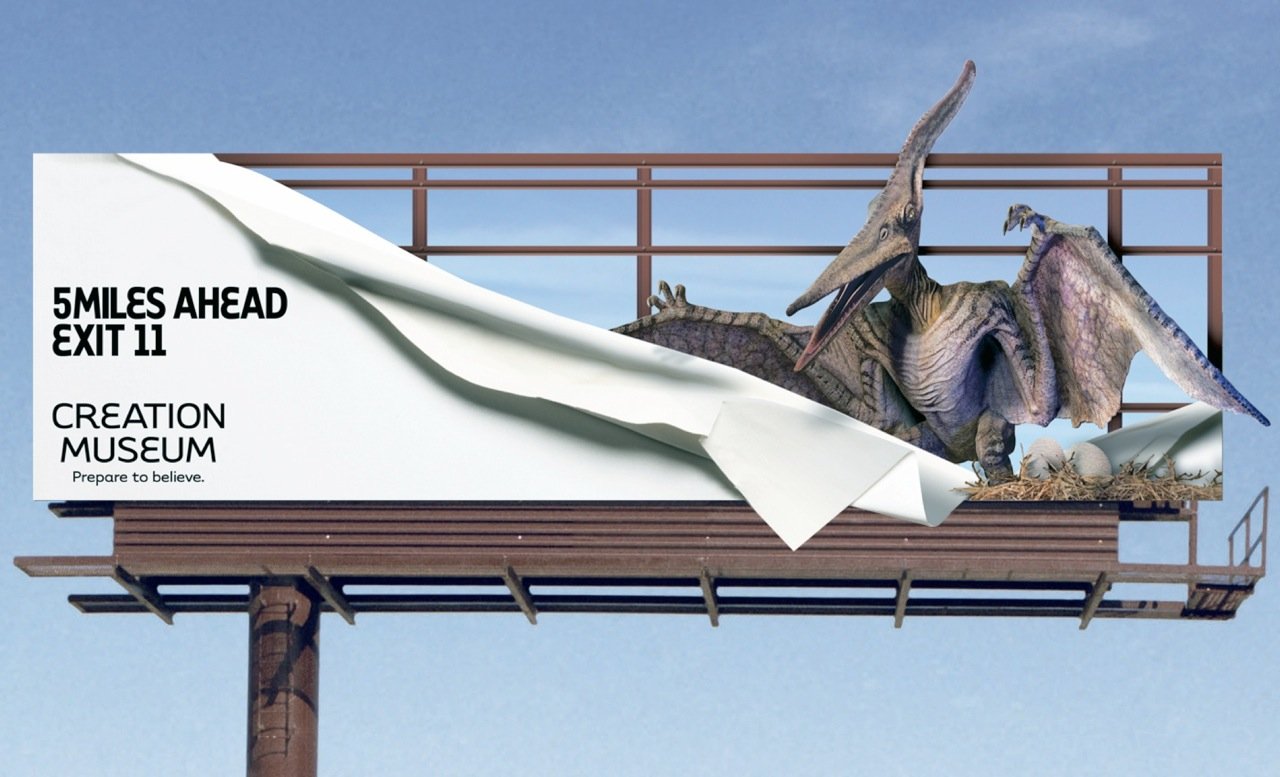 We received this email yesterday:

About a month ago a friend of mine had the opportunity to share the truth of creation with his high school biology teacher. His teacher, though a professing Christian, stated that she believed in evolution and told her students that one of them could debate her on the subject when they started the origins unit in the spring.

My friend decided to take her up the challenge and, knowing that I had done a lot of research on the issue, came to me for help. I provided him with Roger Patterson’s book Evolution Exposed, as well as many other materials from AiG and ICR.

The debate that resulted went very well (praise the Lord!). The teacher found herself struggling to respond to the points that my friend brought up, and even when she took the creationist materials home over the weekend to try to refute them, she was unsuccessful. It’s so exciting that an entire class of high school students witnessed someone successfully defend the Word of God!

Creation Museum at a NASCAR Race

I have previously blogged about the vehicle that was wrapped with a Creation Museum promotion for a recent NASCAR race. Here are some photographs taken at the Kentucky Speedway on Saturday: 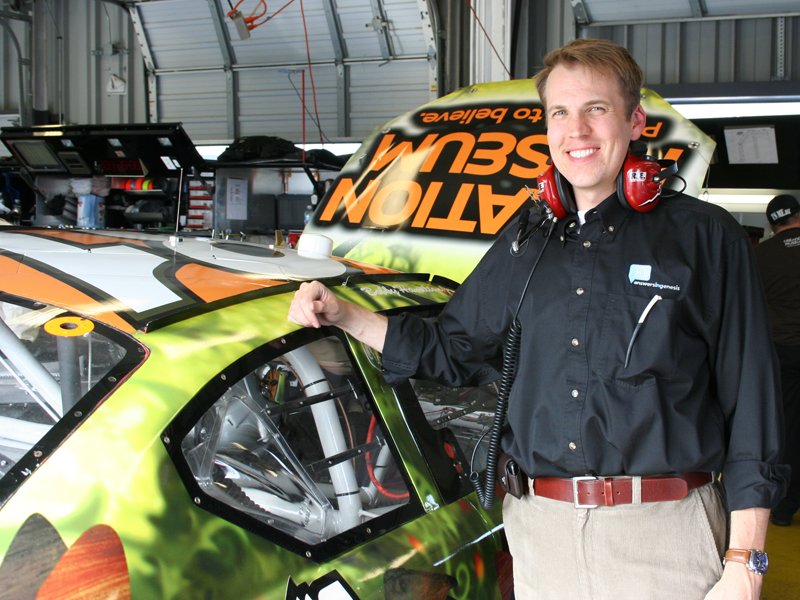 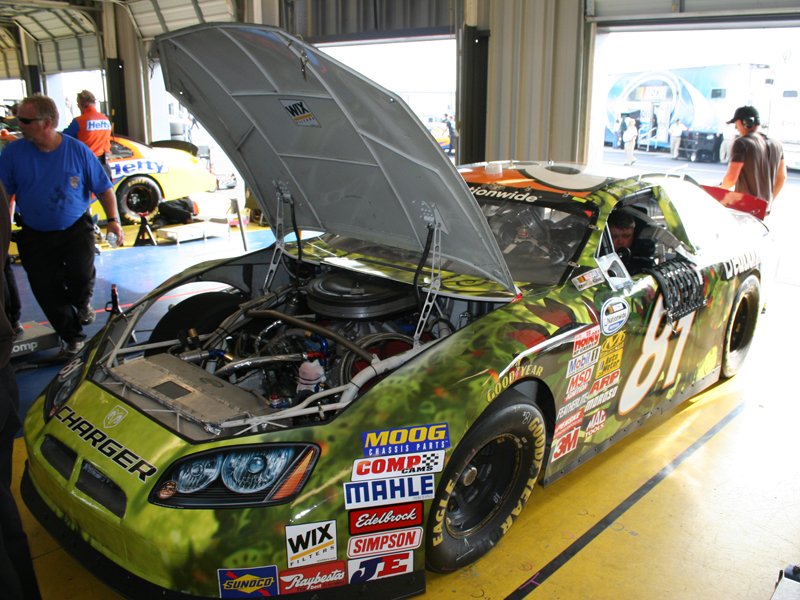 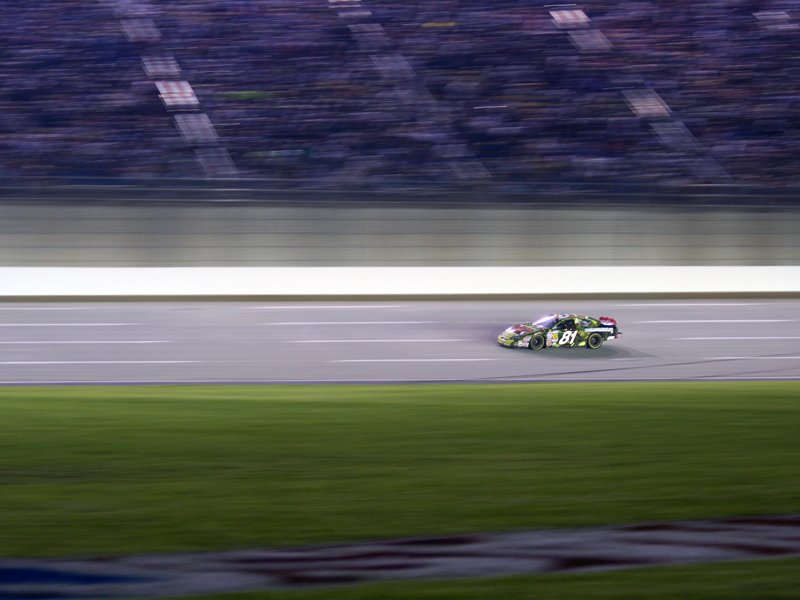 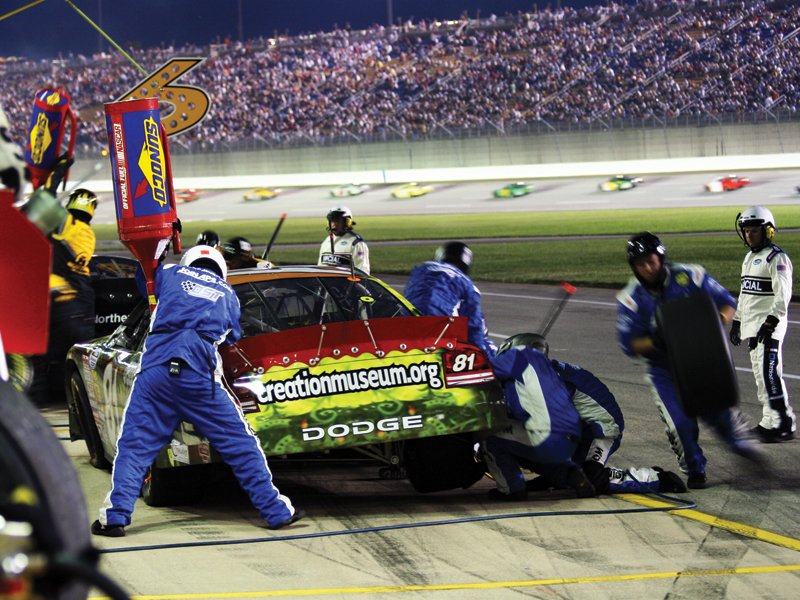 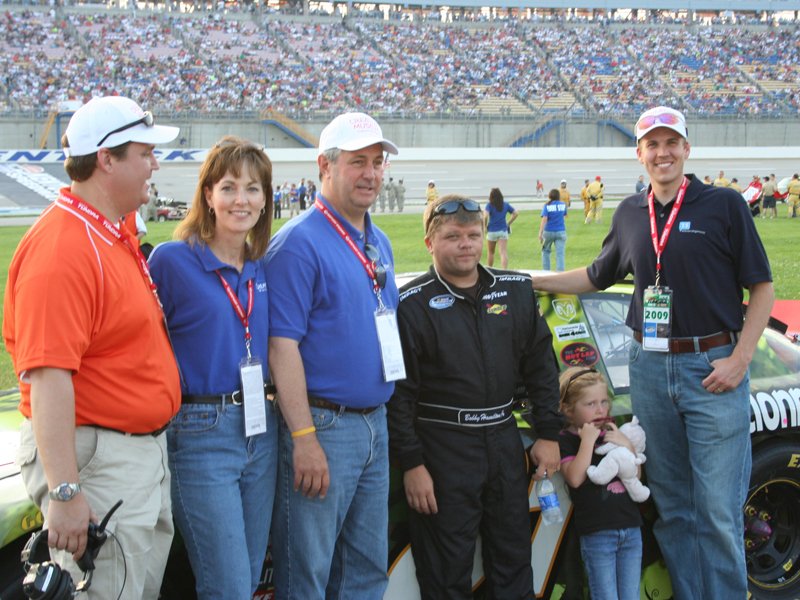 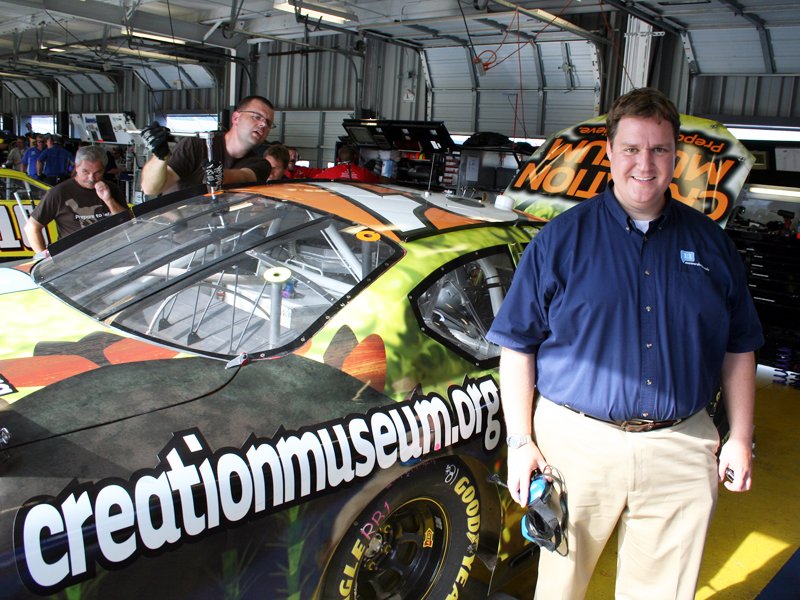 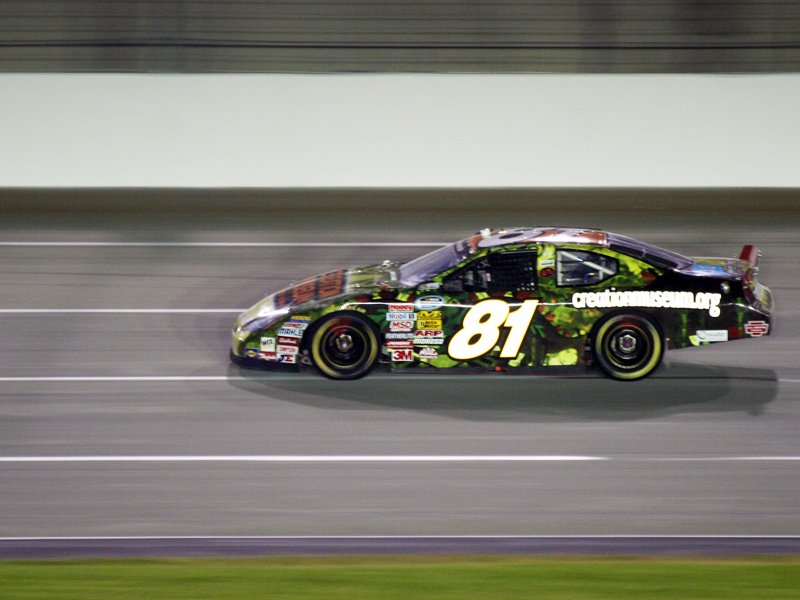 (Luke 11:52) Woe unto you, lawyers! for you have taken away the key of knowledge: you entered not in yourselves, and them that were entering in you hindered.