Hunger for the Word in Michigan

It was remarkable to see a packed church in Grand Blanc (near Flint), Michigan, for the four sessions yesterday. People came to the service and basically stayed the whole day. We were out of the special “Library Packs” after the first session—people were hungry for the teaching and for the resources.

I praise the Lord for Christian leaders like Pastor Robert Dickie who understand the vital importance of the Answers in Genesis ministry for today’s world. Here are some photographs taken yesterday—including one with the senior pastor, Robert Dickie, and me. 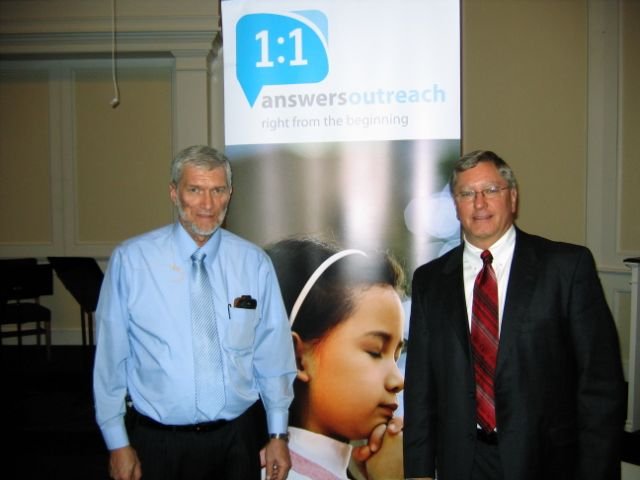 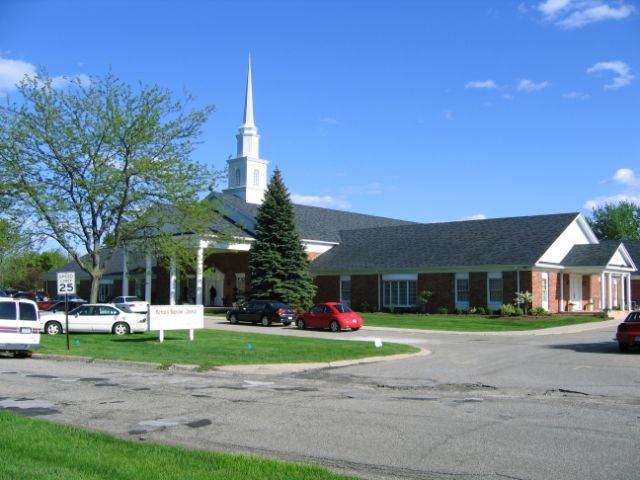 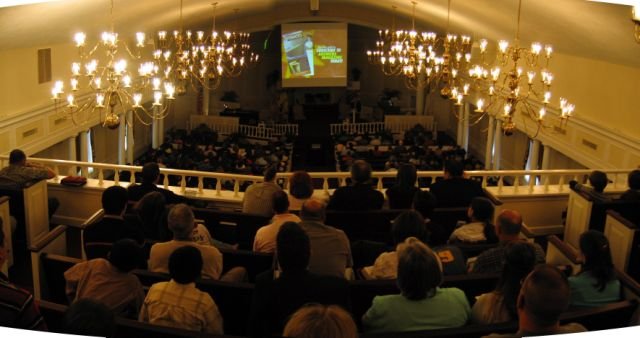 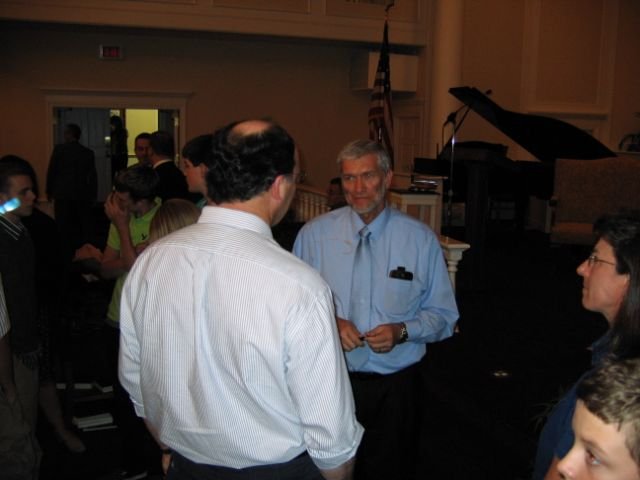 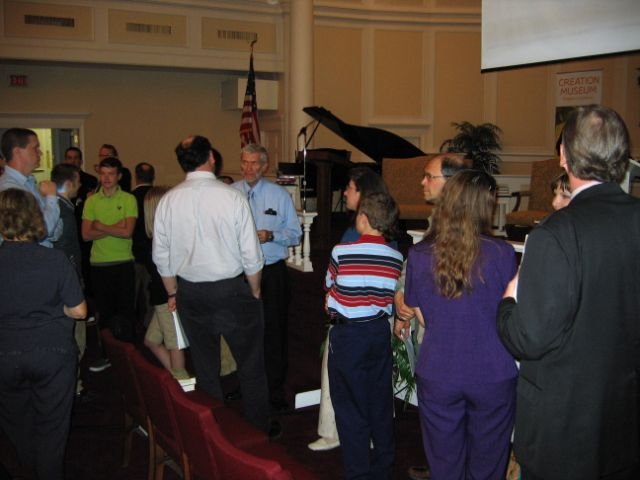 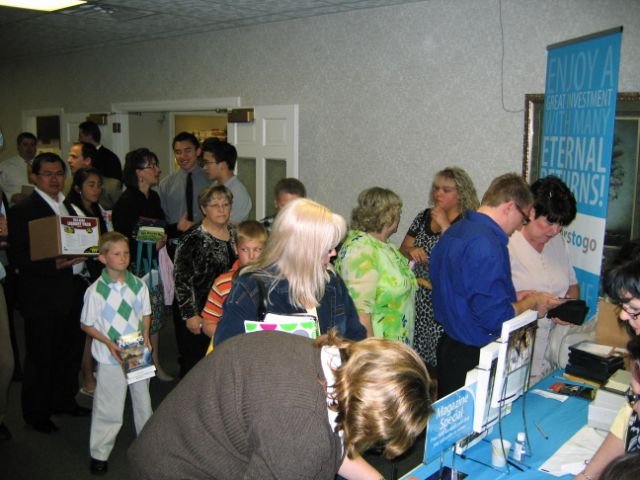 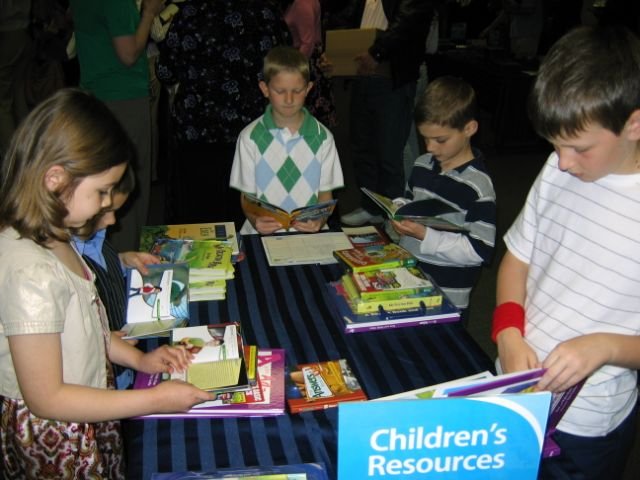 The person who made this statement is Dr. Jay Wile, best known for the Exploring Creation with . . . series of textbooks written for junior high and high school students who are being educated at home. Many homeschoolers use his science textbook—which are academically sound, but one definitely needs to add in creation apologetics curricula from groups like AiG if students are to deal properly with the origins issue and to develop a truly Christian worldview.

Frankly, such illogical and inconsistent statements from such academics as Dr. Wile never cease to amaze me. For instance, after making the statement above, Dr. Wile then says:

While I agree that this is a possible meaning of Genesis 1 (indeed, it is the meaning I take from the passage) . . . .

Actually, when you look up the two main Lexicons (Hebrew dictionaries) used by Bible colleges and seminaries, etc. (Brown-Driver-Briggs and Koehler & Baumgartner), both give the first day of creation as an example of when the Hebrew word for day (yom) means an ordinary 24-hour day!

It is this sort of wavering about Genesis from Christian leaders that has led to a general undermining of the authority of Scripture in the church in general and the culture as a whole. It is about time Christian leaders stood on God’s Word beginning in Genesis, as they should—instead of wavering as so many do.

Here are actual excerpts from the two lexicons I referenced: 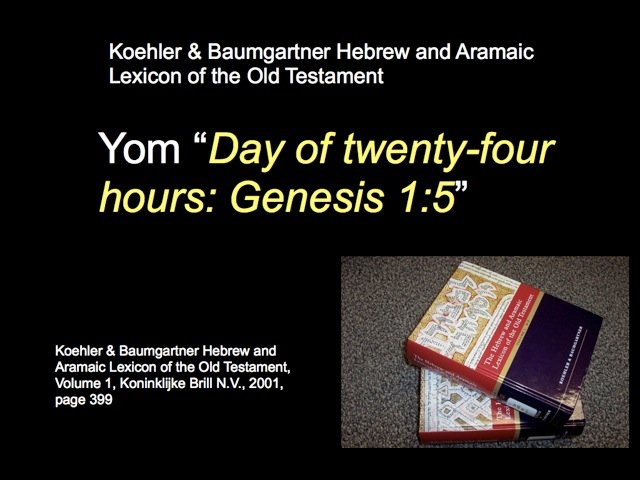 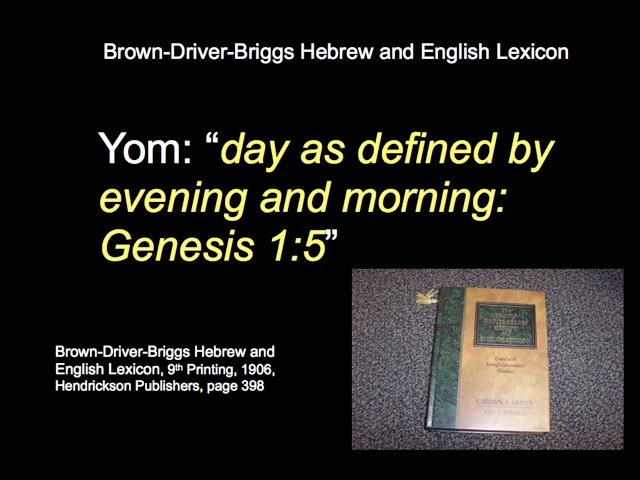 I have found over the years that the major reason so many Christian leaders will not accept the days of creation as 24-hour days—or say it’s not essential—is not because of how Genesis is written (it is obvious from the words used/context that the days of creation were 24-hour days—which is why the lexicons make this clear), but because these leaders either accept the old earth age (millions of years) as popularized by secularists or are open to it as an alternative.

Sadly, such Christian leaders are placing man’s fallible interpretation of evidence—man’s fallible beliefs—in authority over the Word of God. This is a major problem with the church today.

You can read Dr. Wile’s swipe against AiG at this link:

(Genesis 47:1) Then Joseph came and told Pharaoh, and said, My father and my brethren, and their flocks, and their herds, and all that they have, are come out of the land of Canaan; and, behold, they are in the land of Goshen.

A day is coming when we will stand among the blood washed, and our rescuer the Lord Jesus Christ will say “these came out, behold they are with me in Heaven.”