Tribute to a Friend

Before we get to our report on a remarkable funeral held in Alabama last week, I wanted to mention a few quick things about our speaking tour of the U.K.

While Dr. Menton, Mally, and I were in Glasgow (Scotland), we had the opportunity to visit the actual hospital where Joseph Lister first brought in the use of antiseptics, and Florence Nightingale started the nursing profession.

I have enclosed some photographs for you that document this fascinating aspect of history—events that occurred not that long ago: 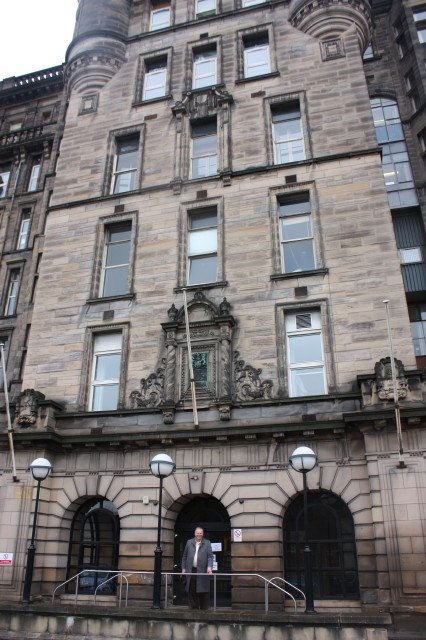 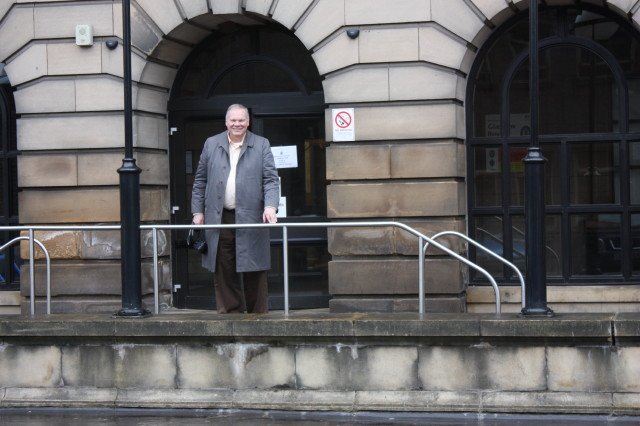 Dr. Menton standing outside the hospital 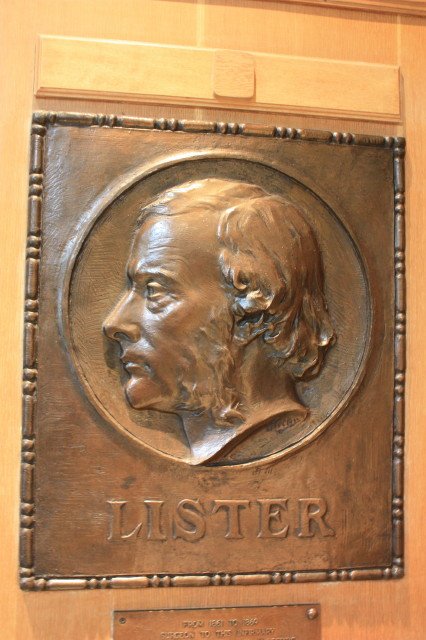 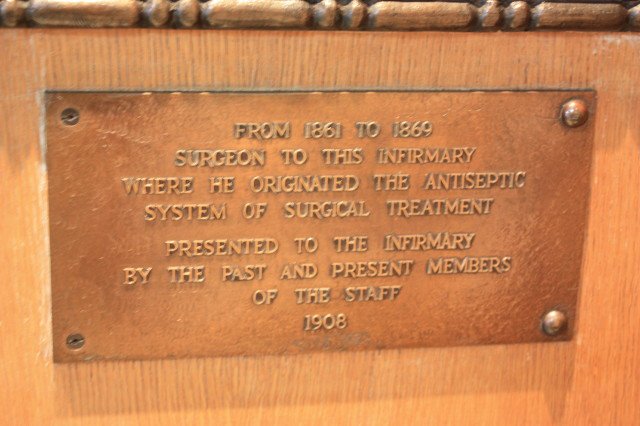 The plaques on the wall honoring Joseph Lister 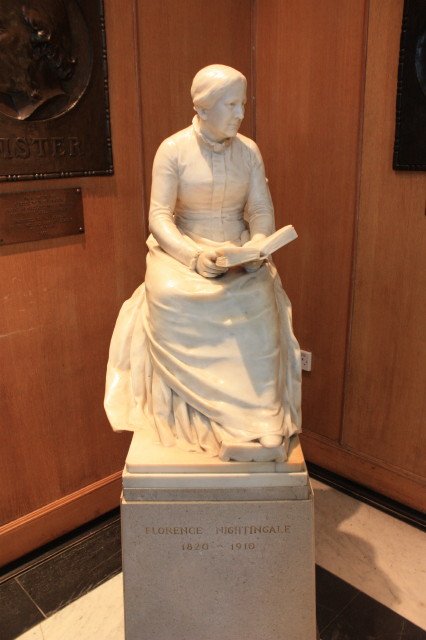 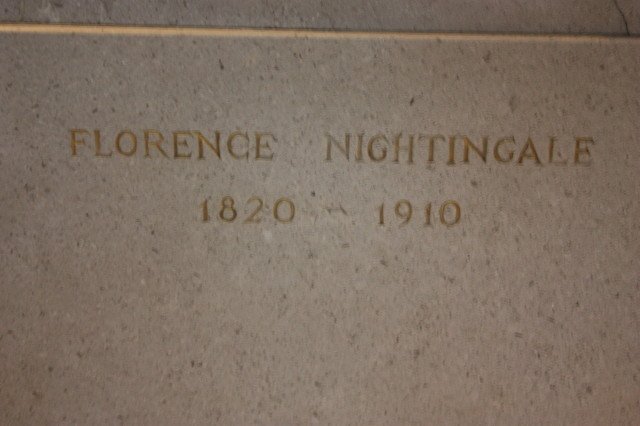 During our busy schedules, we sometimes have time to visit interesting places! Please continue to pray for the meetings in the U.K. Go to our events calendar for further information.

Tribute to a Friend

For those who live in the southeastern part of America, you will likely have heard the well-known radio and TV jingle that goes: “Lookie, lookie, lookie . . . here comes Cookie.”

Many of you who live in some of those states are probably smiling right now as you read that jingle from the well-known Cook’s Pest Control company. As you may recall from a previous blog, this last week was a sad time–yet a celebratory time–in the company’s history as Mr. John Cook (a good friend of our Answers in Genesis ministry) passed away, but who is in heaven today and not suffering. That’s why we can smile as we think of that jingle and our friend Mr. Cook.

As I wrote before, the former president of this rather large company (who had become chairman emeritus, but who still showed up for work!) passed away several days ago, and his funeral was held in Decatur, Alabama, on Wednesday. What was so striking about the funeral, as reported to me by our staff member Mark Looy who made the drive with his wife Renee to be with our friends in the Cook family, is how praise was often deflected away from John–a very successful and philanthropic man—and to the Savior and His Word.

Mr. Cook was first and foremost a Christian businessman with a huge heart for evangelism. In fact, in the final days of his struggle with cancer and in quite some pain, he was able to share the gospel with one of his “sitters” (something like a nurse’s aide). She received the Lord that day! John, in his last days and as was so typical of the man, was more concerned about the welfare of others than himself. That young lady, who came from a very troubled past, soon visited John’s church (First Bible Church of Decatur), and she is being followed up by church leaders since John’s passing.

John’s integrity was acknowledged in 2001 when he and his company won the prestigious “Torch Award for Marketplace Ethics” from the Better Business Bureau for a company of its size, which was a national, not regional, award. The biography of his life, Employee Number 2, has been read by some of our staff. Find out more about the book (and try to guess why he called himself #2 at his business—it’s not that difficult) by going here.

It was a very poignant memorial service, I am told. (By the way, including the visitation the day before, about 1,600 people turned out to honor John and his family.) John’s grandson Brian (who is an avid AiG supporter–he was with me on one of our Grand Canyon raft trips down the Colorado River a few years ago) spoke very warmly of his “best friend.” His grandfather was both a spiritual and business mentor to Brian, as he was to his son John, Jr., chairman of the board of the company and also a good friend of AiG.

Others at the funeral praised John as a great student of the Bible, as he would sometimes have more than 70 men attend one of his Bible studies (using his well-marked Bible, which Mark saw on Wednesday). A wonderful comment was made by a business associate of John’s: John loved the Bible so much that he was known to say, “If you get to know your Bible better, you get to know Christ better.” That’s a great quote.

This remarkable man was not only a visionary and highly creative in his business, but he was well known in his community for sharing his faith. In fact, every new employee–and there are over 1000 of them today–heard his Christian testimony.

One of his colleagues, who worked side by side with him for more than 30 years, commented that he had never heard John get angry at anyone and never had a bad word to say about anyone. Think about that for a moment.

At the funeral, a nicely done pamphlet was given out to mourners. As was so typical of John, he wanted to make sure that at his funeral, the testimony in that pamphlet pointed others to Christ and away from him. Here are some excerpts of that pamphlet: 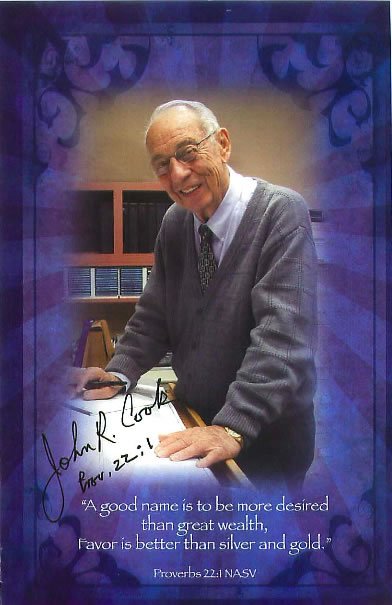 I want to share with you the greatest thing that can happen to you. This happened to me on February 22, 1948. I was 23 years old.

I grew up in Decatur, Alabama, graduated from high school, and enlisted in the Navy. After discharge I married and was attending Georgia Tech in Atlanta. I was able to go to college because I was a veteran. The government paid my tuition.

My wife Jo worked as a secretary and attended college classes at night. We had very little money and no car, but we had each other and were in love. We were not attending church. A couple we met at school invited us to go with them. They came for us, and after church we went to their home for lunch. The couple continued for weeks to come and get us on Sunday. Looking back, we know why this couple was concerned for us. They could tell I had little interest in spiritual things.

One Sunday the pastor was speaking on John 3:16, and the title of his sermon was “Do You Really Belong?” I knew I didn’t. I knew I was a sinner and had done things I was ashamed of. I was young and healthy, and I thought little about things in the future—especially dying.

One of the verses the pastor used was Romans 3:23, “For all have sinned and come short of the glory of God.” This was, at first, comforting—I was not the only sinner. He also used Romans 6:23, “For the wages of sin is death . . . ” This means spiritual death as well as physical death. Then he came to the good news in the rest of the verse, “. . . but the gift of God is eternal life in Christ Jesus our Lord,” and in John 3:16, “For God so loved the world that he gave His one and only Son that whoever believes in Him shall not perish but have eternal life.”

I began to understand it was a matter of faith—believing God and His Word. The pastor said, “God the Father loves us and God the Son died for us.” He quoted Romans 5:8, “But God demonstrates his own love for us in this: While we were still sinners, Christ died for us.”

We cannot earn our salvation no matter what we do. It is a free gift. According to Ephesians 2:8–9, “For it is by grace you have been saved, through faith—and this not from yourselves, it is the gift of God—not by works, so that no one can boast.” It is a matter of believing and receiving God’s provision for our salvation.

John 1:12 tells us, “Yet to all who received him, to those who believed in his name, he gave the right to become children of God.”

I was ready! When the pastor gave the invitation to receive Christ I went forward—the call was for me.

I can remember that day in 1948. It seemed like a load was lifted off my shoulders. The gulf that separated me from God was bridged when I put my trust in Jesus Christ and Him alone for my salvation. Receiving God’s gift of salvation through Christ was the greatest thing that ever happened to me.

Please pray for his widow, Jo, and the rest of the family: John, Jr., his wife Lyn, and their son Brian.

By the way, in honor of this faithful servant of God, two Christian college presidents attended the funeral—plus other Christian leaders from around the country. John was loved and respected not only nationwide, but also overseas (he helped plant churches in many countries, Moldova being one nation that was close to his heart).

(Genesis 15:1) After these things the word of the LORD came unto Abram in a vision, saying, Fear not, Abram: I am thy shield, and thy exceeding great reward.

Everything from personal protection to a fulfilling purpose in life is found in the person of the Lord Jesus Christ.

Thanks for stopping by and thanks for praying (including for the Cook family),