Recently the Forbes magazine website contacted us for an article to do with Darwin (his 200th birthday is this Thursday). They have collected quite a number of articles dealing with Darwin and evolution (reportedly it’s one of the top 50 websites for web traffic). An article I submitted to them (and we were only allowed a short article of under 1000 words) which they have published began:

If asked what they consider to be the legacy of Charles Darwin, most people would say "evolution." Many could tell you the title of his book On the Origin of Species, or even mention his lesser-known work, Descent of Man, published 12 years later. Evolution and Darwin are virtually synonymous.

What is not so commonly known is that there have been unfortunate parts of Darwin's legacy that many of his followers have either denied or kept from public knowledge.

Ideas, it is said, have consequences. What people believe about their origins and the purpose and meaning of life affects their entire worldviews. It molds how they view themselves and others.

Interestingly, the Forbes editor put a subtitle, ‘The Creation Museum’s Founder Fears Moral Collapse and Racism.’ Well, I don’t ‘fear’ these things, but I tried to point out in the article that what one believes about who they are and where they came from affects their view of life, their fellow man, etc. If people believe they are just animals, and there is no God, then morality is relative etc.

Anyhow, you can read the entire article at:

THE BATTLE OF THE BUSES

You may recall my blog where I informed you about the ads the British Humanist Association had placed on London buses. The ads state: ‘There’s probably no God…now stop worrying and enjoy your life.’

Atheist Richard Dawkins was interviewed on television standing beside one of the buses endorsing this advertising endeavor.

There has been a lot of reaction to this campaign. Christians in London have now begun their own bus ad campaign. MSNBC reports:

Christians are soldiering on in the battle over God's existence by putting ads on London's famous red buses urging people to have faith. The posters are a response to an atheist campaign that told people to stop worrying about religion because God probably doesn't exist. The Christian Party has paid $22,000 to run ads declaring: "There definitely is a God. So join the Christian Party and enjoy your life," in red, pink and orange letters. The ads will start appearing on buses Monday, just as a month long campaign by atheists ends. In that campaign, atheists paid for bus ads saying there is probably no God, so "stop worrying and enjoy your life." The atheist campaign, organized by the British Humanist Association and backed by Oxford University biologist and author Richard Dawkins, sparked a debate over religious — or anti-religious — messages in public spaces. Another Christian group has also joined the campaign, with a more confrontational message from Psalm 53:1, which reads: "The fool hath said in his heart, There is no God." That ad will run for two weeks. And the Russian Orthodox Church has joined in with an ad reading: "There is a God, believe. Don't worry and enjoy your life."…

With the Darwin year and atheists becoming more aggressive, the battle between Christianity and Secular Humanism is becoming more pronounced—more public. I think we are in for an interesting year.

You can read the entire article about the Christian bus ads in London at:

HUNGER FOR THE WORD IN CALIFORNIA

Although we had some skeptics in attendance at the Answers for Darwin conference in California, people exhibited a real hunger for the Word of God as they turned out Saturday morning and stayed for the whole day. So many encouraging comments were received by all three speakers, pictured here: 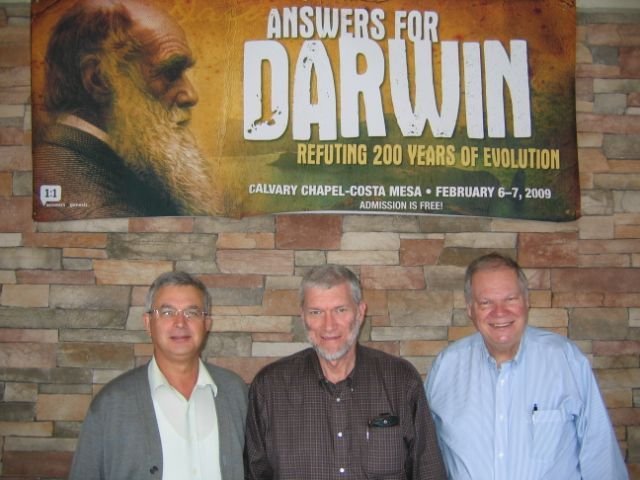 One man told us of his brother who had visited our Creation Museum and as a result became a Christian! A father who came to me and said he really wanted to know how as a father to bring his children up to stand on God’s Word—a plea for help. Teenagers who asked what academic studies they should pursue so they can be equipped to be the best apologists they could be in defending the Christian faith in today’s world. Many telling us they were going to be introducing AiG apologetics material into their churches. The feedback kept coming and coming. Although a lot of resources were purchased, we did see indications of people hurting because of the economy. We had actually cut down this particular order in anticipation of the economic situation. Nonetheless, people were hungry for the resources and there was not much left from the order that was sent. We even had to take some items left over from the Modesto, California, conference. People in California are feeling the pinch economically like every one else.

Here are some photos taken during the day: 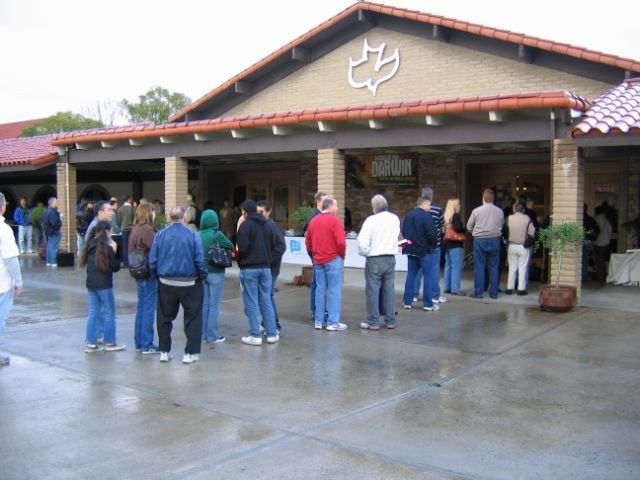 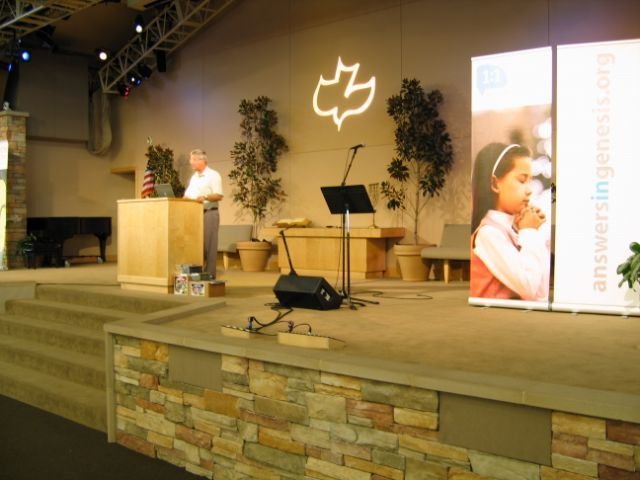 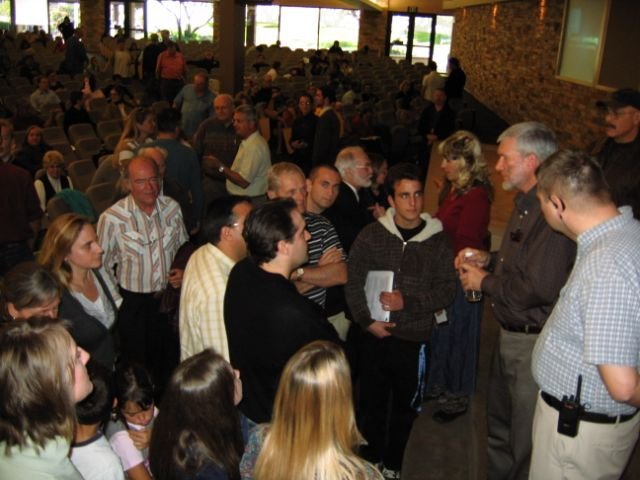 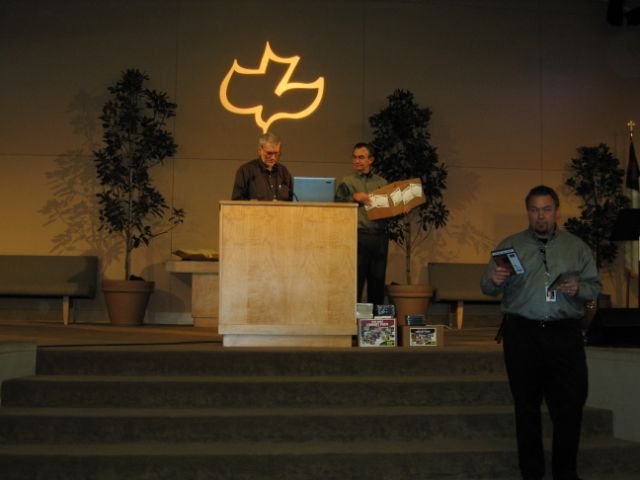 Previous Article Does Your Brain Create God? Next Article A Certain Holy Spark