I Went Walking with Dinosaurs

As I watched this stage production, I couldn’t help but think of the many ways one could compare what’s taught in this evolution-filled show to what we present in our Creation Museum. I will use WWD for Walking with Dinosaurs and CM for our Creation Museum: 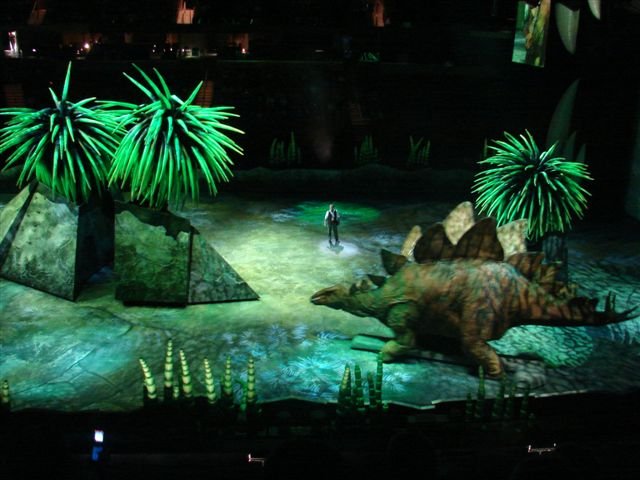 But then there are MAJOR differences:

WWD: Without the intermission, the show runs about 70–75 minutes CM: You can spend up to 7 hours in our museum if you watch every video, read every sign, take in every show, etc.

You could pay from $25–$65 per ticket. For a family of two adults and two children (and there were LOTS of children in the show we watched), you could pay as much as $260 for 70-plus minutes of evolutionary indoctrination and entertainment to learn you are just an animal in the survival of the fittest.

For $130, you can obtain a family (complete household) YEAR LONG pass to the creation museum to learn the truth about life and, most of all, to hear the solution to man’s sin dilemma in the wonderful salvation message that is clearly presented. And yes—you will see some realistic animatronic dinosaurs and walk through the true history of the world.

I encourage you to save your money and avoid the ardent evolutionary brainwashing in the Walking with Dinosaurs stage production. Instead, invest in eternity by taking your children on a walk with dinosaurs at the Creation Museum!

Previous Article Temple of Science Built Next Article How Will Americans Vote?