An artist has actually built a “Temple of Science” according to a news report at Wired Science. The report states:

At a time when the gulf between religion and science is growing ever greater, an artist has erected a temple for scientific worship. Jonathon Keats, designer of the “petri dish God,” built The Atheon to get people thinking about what a scientific religion (or religious science?) would look and feel like.

Keats’ conception of that idea took shape as a two-story building complete with stained-glass windows patterned after cosmic microwave background radiation and a liturgy based on the sounds of the Big Bang.

The Atheon opened Sept. 27 at the Judah L. Magnes Museum in Berkeley, California. But, could science replace religion? The question has intrigued both rationalists frustrated at the persistence of what they see as superstitious dogma, and religious believers—as well as all-purpose skeptics—unwilling to promote science, with its mixed and messy history, to a position of absolute authority. It is certainly all a part of the secularization of our modern culture going hand in hand with the increasing brainwashing of the culture in evolutionary dogma. This also shows the need for AiG and the Creation Museum to reach more people.

We were privileged yesterday to have Derek Chung from Hong Kong bring a challenging message to our staff in regard to being totally committed to the Lord Jesus Christ– especially through prayer. Derek leads a Christian group in Hong Kong that is involved in some incredible opportunities to reach the Chinese people with the truth of God’s Word. I have attached a photograph of Derek as he spoke yesterday. I have also included a copy of a photo of Derek, me, and another Hong Kong visitor, Ivan. Ivan recently won an award in Hong Kong for the best designer—he is a landscape designer. Derek and Ivan have been discussing with us some projects involving the Creation Museum. 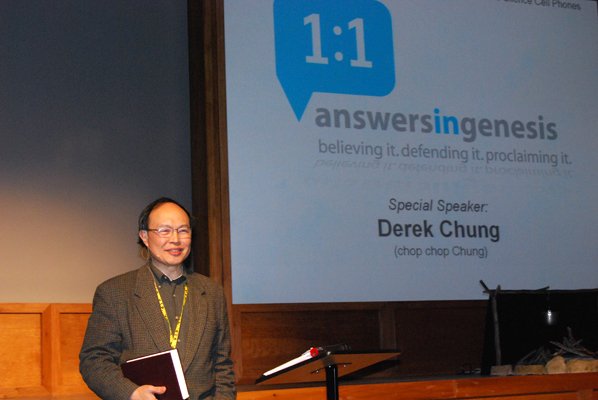 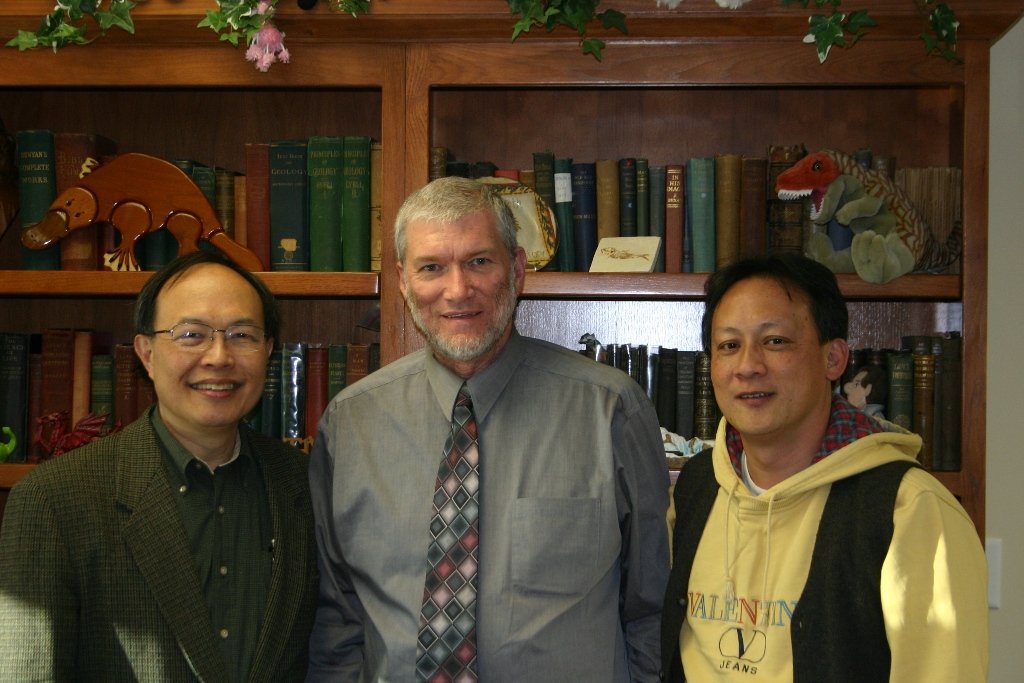 We also had another Darek visit yesterday (but with a different spelling of his first name)—Darek Isaacs, who along with his wife Tabitha, drove up from Alabama. He’s the author of the book we carry called The Extinction of Evolution, and he gave a private lecture to some of our staff on Charles Darwin’s racist beliefs (one of the themes of his book). More information on Darek’s book can be found at our online store.

(2 Kings 5:26–27) And he said unto him, Went not mine heart with thee, when the man turned again from his chariot to meet thee? Is it a time to receive money, and to receive garments, and oliveyards, and vineyards, and sheep, and oxen, and menservants, and maidservants? The leprosy therefore of Naaman shall cleave unto thee, and unto thy seed for ever. And he went out from his presence a leper as white as snow.

We have serious work to do in the short time we are here on earth, and it is not yet the time to retire in comfort. Thanks for stopping by and thanks for praying,

Previous Article Do Printed Newspapers Have a Future? Next Article I Went Walking with Dinosaurs