Dr. Terry Mortenson wound up his speaking ministry in Serbia (and Hungary before that) and is now in the Netherlands (Holland) for several days. Here are excerpts of his most-recent report to me and the staff:

It was a full weekend in Serbia. We arrived and started working on finishing the translation and formatting of my PowerPoint slides for my Saturday night talk on dinosaurs. After the talk we stayed up till 2:30 a.m. to get the slides ready for Sunday morning, when I spoke twice. Sunday afternoon I tweaked the talk for Sunday night, and then after the talk, we drove back to Hungary—arriving at 1:30 a.m.

In Serbia, the Baptist church where I spoke is a large church (about 250 usually on Sunday), a nation where evangelical churches make up a tiny minority in this Eastern Orthodox country. . . . At my last talk on Noah’s Flood, I spoke for about 95 minutes (because of translation). When I announced that we would have a Q&A time after a stand-up break for people to leave who wanted to do so, I was surprised that no one left. We continued for another 45 minutes. Several people afterward who could speak some English said the talks were very helpful.

I was able to mention some resources available in the Slovak language [a lot of Slovaks live in this part of Serbia] and recommend a young Slovak man living in Bratislava, Slovakia, who recently went through a week of speakers training at AiG–U.S. So, hopefully, there will be some more creation ministry in this area of Serbia. I also left all my translated PowerPoint slides with people in Serbia and Hungary; so, I trust those will be put to good use in the future.

Today [Monday] we left for the airport at 7 a.m. and arrived in Holland about noon. From the airport, my host and translator, Frans, drove me to the offices of a Reformed daily newspaper that has a circulation of 60,000 in Holland. We met with six writers and editors for three hours. The deputy editor began by saying that all of them in the meeting were young-earth creationists, but they were concerned about the growing compromise with evolution in the Dutch churches.

First, they wanted my input on what kinds of issues they should address in articles during the next 12 months, as the evolutionists around the world celebrate the “Year of Darwin” (2009 is the 150th anniversary of the publication of his Origin of Species and the 200th anniversary of his birth). We talked for two hours about that, and then they took notes and recorded an interview with me for an article that will appear on Thursday. They asked lots of excellent questions and clearly were personally interested in the answers, not just for the sake of the article.

When Frans and I got in the car, he said, “That was an excellent meeting, exceeding my expectation. If this is the only thing you accomplish this week, the whole trip would be worth it.” So, that is a good start to the week in Holland. Pray especially that we can get all the translated slides ready for each talk in time.

Looks like the newly sculpted king, Beowulf, the hero of a medieval poem who fought a dragon, is complete and ready to go on his perch above the Creation Museum’s bookstore door. Here is a photo of him being prepped in our workshop. I’ve been told that Travis of our staff made the leather-looking garments out of burlap, but they have the look and feel of leather. He’s a talented young man—as are so many staff in our art and graphics departments. 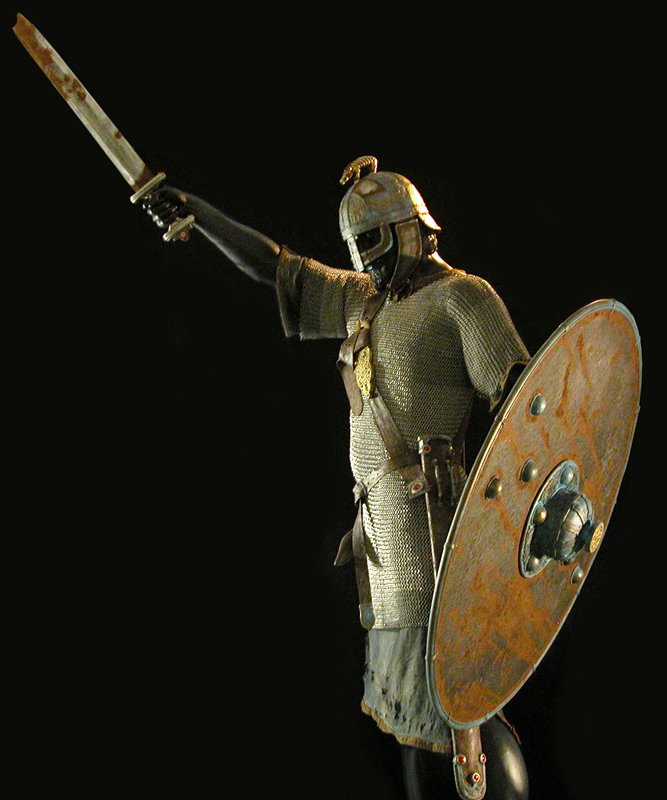 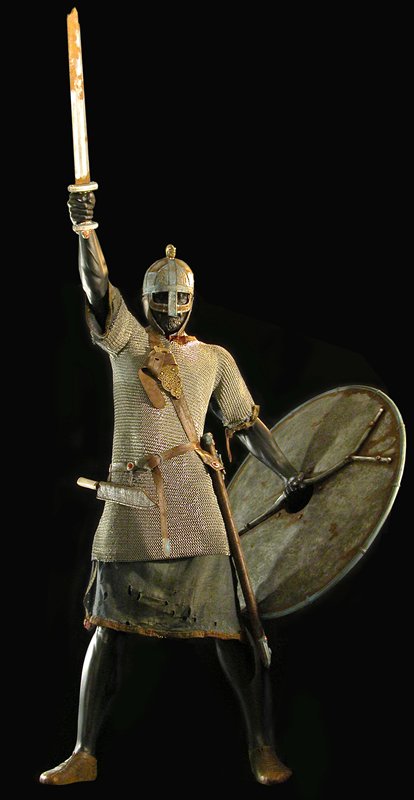