For the busy summer crowds at the Creation Museum, a number of college students were employed during their summer breaks. Over the next few weeks, these young people will begin returning to college, high school, etc. One such person is Zach Smith.

Zach lives in Florida and heard about the job from an employee friend of his. He came up to work for the ministry this summer, staying with AiG employee Cindy Malott and family. But now school is starting, and he is returning to Palm Beach, Florida, where he will be a freshman at Daytona Beach College this fall. While here Zach worked at the Palm Café, where he considered this a “fun place to be” and “loved his job.” He was so excited about working here that he bought a number of books and had me autograph some of them to take home to friends. There will be a number of other café staff that will be leaving to go back to school soon. Zach was also featured in a previous blog in which he wrote the poem I put up for the Fourth of July.

Thanks to all our summer crew! What a blessing they have been. I have two photographs of some of the café staff in their special uniforms and a closeup of Zach and others as they prepared for the morning prayer time. 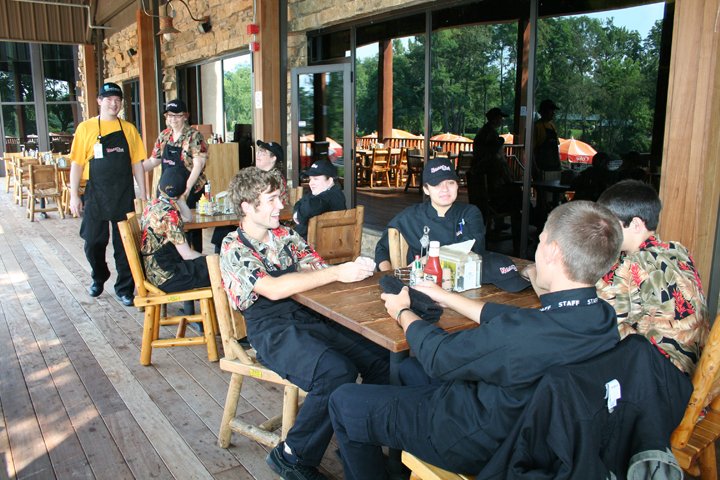 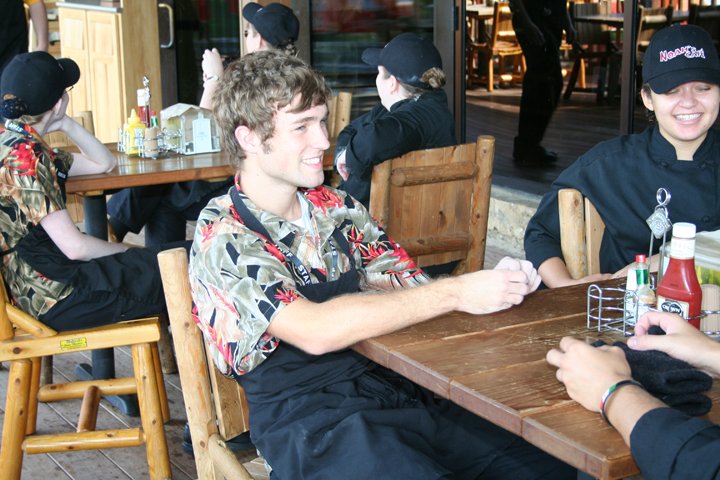 Just before I headed off to India late yesterday for a speaking tour of that spiritually dark nation (of well more than one billion souls), we had a very special day of prayer at AiG and the Creation Museum. On Monday staff members prayed at regular times for the entire AiG ministry and its various outreaches. In particular, we prayed for those from within (and without) the church who oppose this ministry and its proclamation of the vital creation/gospel message.

Here are some of the prayer points that were distributed to the staff yesterday, and we ask you to pray over them as well: 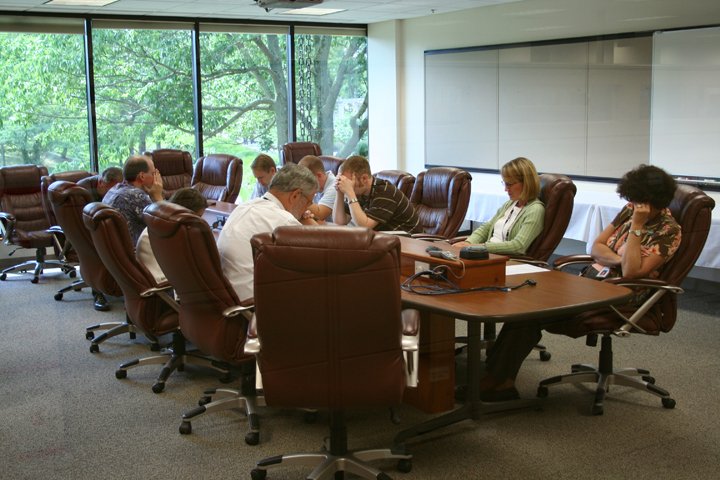 Throughout the day Monday, AiG staff met at various times to pray over AiG’s outreaches—including the speaking of India this week. The group in this photo met in the board room.

Thank you for standing with us in prayer. More requests can be found at www.AiGPrayer.org.

Last Friday, AiG speaker Mike Riddle presented a patriotic talk at Black Mountain Baptist Church in Cave Creek, Arizona. The talk presented the history of America and its battles for freedom, including the War of Independence, Civil War, WW I and II, Korea, Vietnam, as well as the Cold War and the more-recent War on Terror.

Mike’s presentation–which he also gave at the Creation Museum last month–also gave a clear presentation of the gospel and the importance of biblical foundations starting in Genesis. The talk was also accompanied with memorable graphics that Mike has collected and music that reflects America’s heritage. At the end of the presentation the audience stood and sang “God Bless America.”

If you would like one of AiG’s inspiring speakers (such as Mike Riddle, Dr. Tommy Mitchell, Dr. Terry Mortenson, Carl Kerby, Dr. Georgia Purdom) then go to the speaker section on AiG’s website.

WHAT IS THE DEFINITION OF A “CREATION MUSEUM GROUPIE?”

Well, I think the definition can be found from the words sent to us in an email last week:

I was at the museum last Friday. This was my 34th visit since groundbreaking.

Now that’s what I call a “Creation Museum groupie!”

One of the adults from the Gideons group that visited last week told our Guest Services staff that one of the students (500 came—see previous blog entry) commented how different the museum was and that there must be something special here. When asked why, the student responded that the workers were always happy and had a smile.