PZ Myers, a biologist and associate professor at the University of Minnesota–Morris, ranted in a blog item (which is apparently quite popular among anti-creationists) about my speaking at a prayer breakfast at the Pentagon. The arrogance and intolerance of some of these people is remarkable. Considering this person is supposed to be an academic teaching good research skills to students at a university, I would not want to trust any of his lectures considering the logic he used in his recent blog. He stated:

Ken Ham, chief wackaloon at Answers in Genesis, was invited to speak…at a Pentagon prayer breakfast.

Just let that sink in.There are people at the Pentagon who are in charge of planning where your sons and daughter and nephews and nieces and other beloved family members and friends will be sent to put their lives at risk. There are military personnel there who can send missiles and bombers anywhere in the world. There are people there who control nuclear weapons.

And they think Ken Ham is a fine-and-dandy, clever feller.

It’s almost enough to make me wish I could pray. It’s not just Ham, either—it’s that the people with the big guns have prayer breakfasts. Now consider this:

People like PZ Myers are those who call for tolerance—but their intolerance for Christians illustrates clearly the spiritual nature of this battle—otherwise, why would they care?

You can read his rant at this link [note: the comments below the post, however, are not appropriate for everyone]:

AND THEN THERE WERE FOUR

When everyone left the Petting Zoo on Wednesday evening, there were three donkeys. When a staff member came back to check on the animals a little while later, there were four donkeys! I have included two photographs of our newest “staff member.” Mother and baby are doing well. You must admit, this is a cute donkey addition for our miniature donkey group at the Petting Zoo. 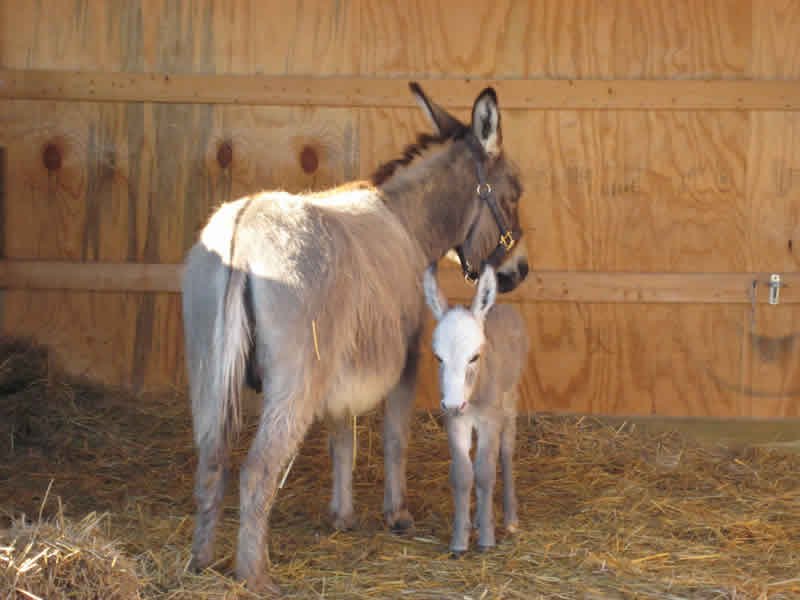 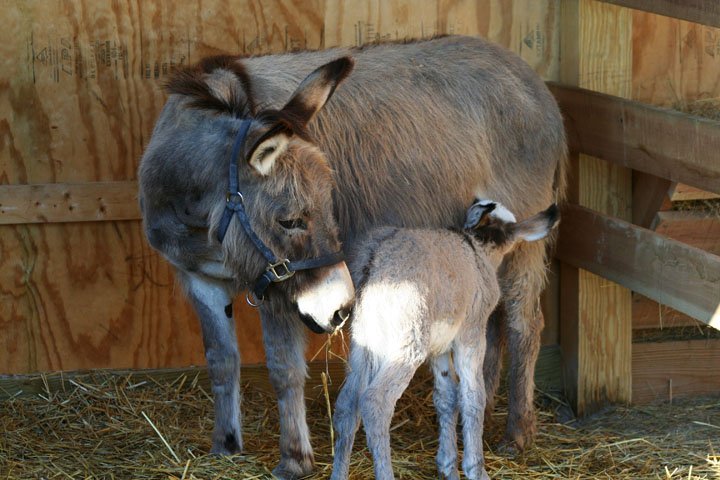 On the way back from Colorado, when staff member Tim Schmitt collected the Zorse and Zonkey for the Petting Zoo, a family saw our vehicle with “Answers in Genesis” written on it. They talked to Tim and gave him a donation for gas money! Thanks so much to Todd and Bronwyn and their children, Brianna and Chessie, from Kansas. I have included a photograph of this family beside the AiG vehicle. 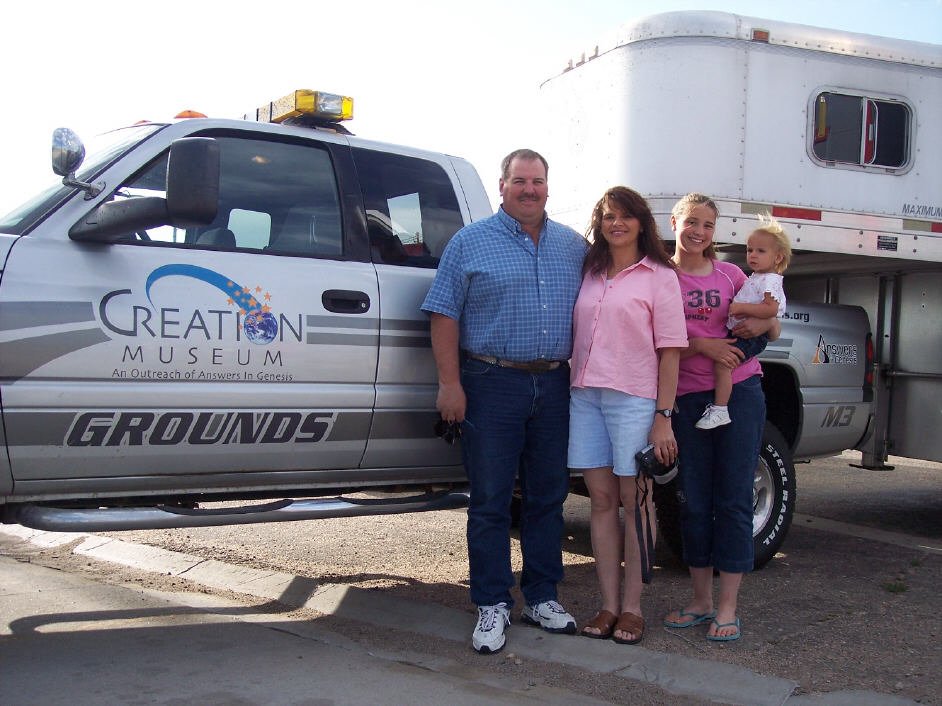 IOWA FLOODS AND THE CURSE

This news report explains how one pastor in Iowa has been teaching his church to think biblically about the recent terrible flooding in Iowa. May God raise up more pastors who can think and preach like this. We called him earlier this week to thank him for his article and to let him know that staff here were praying for him and his church

Along with Dr. Tommy Mitchell and Carl Kerby, I am off to Phoenix to speak at a number of sessions (including the Sunday services) at the large Christ’s Church of the Valley in the Phoenix area. All told, we will speak to around 12,000 people this weekend.

You can find out more about this event at:

(Isa 48:12-13)  Hearken unto me, O Jacob and Israel, my called; I am he; I am the first, I also am the last. Mine hand also hath laid the foundation of the earth, and my right hand hath spanned the heavens: when I call unto them, they stand up together.

The hand of the Lord Jesus Christ laid out the universe and all creation, and they respond to His call; but some named the called refuse to respond to Him. Thanks for stopping by and thanks for praying.