AiG is privileged to host the board of the Creation Research Society on Friday. This is the board that governs a creation organization of which members have advanced degrees in science. The president, Dr. Donald DeYoung, spoke at chapel this morning. 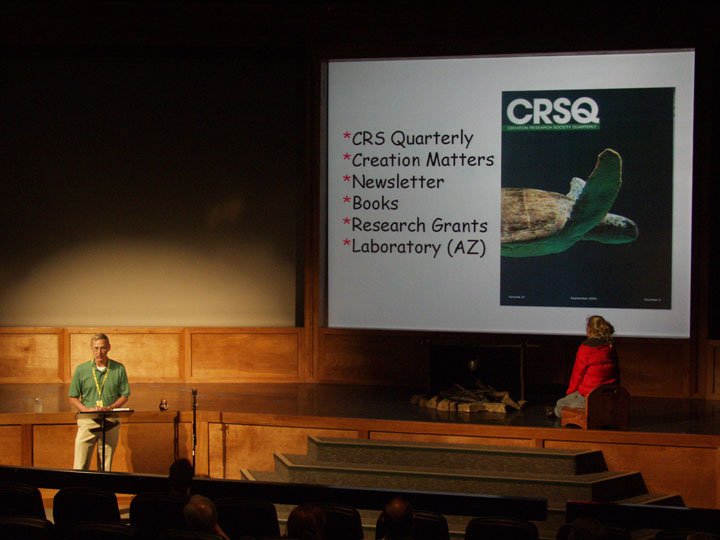 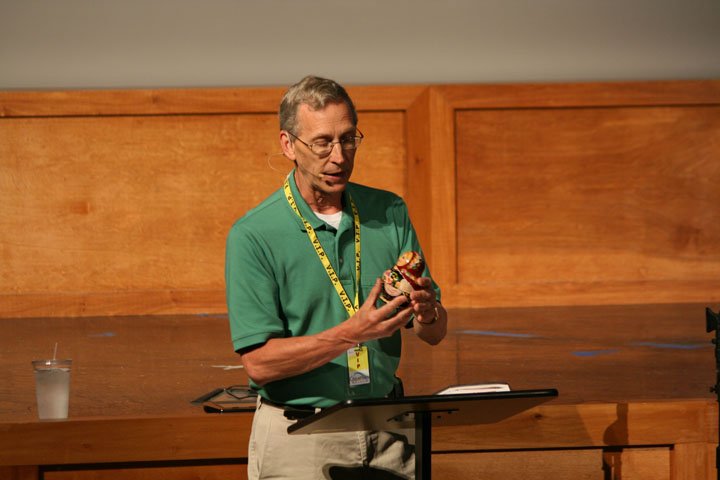 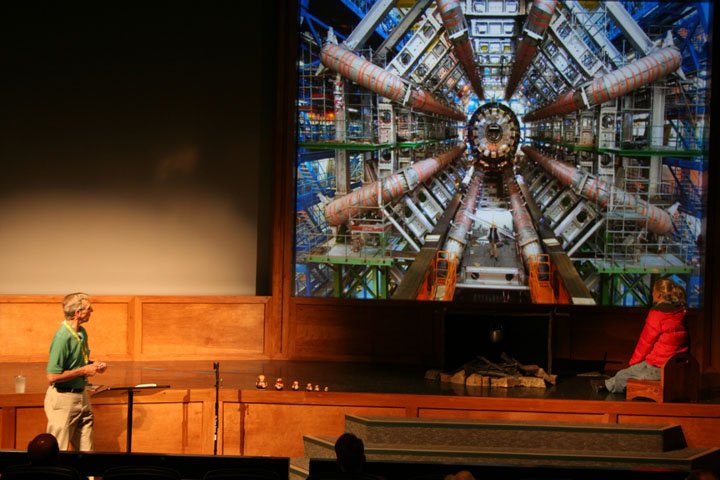 Another CRS board member, Michael Oard (many of you should recognize his name—he is responsible for the model of the Ice Age used in the Creation Museum—and the author of a number of books sold in the Dragon Hall bookstore on mammoths, Ice Age, etc.) will speak to the AiG staff on Friday morning.

The CRS board will spend some time at AiG and the Creation Museum, as well as conduct their normal business, as board members meet at a nearby hotel today. We are thrilled to be able to host them tomorrow and to have Don speak to us today. CRS scientists conduct creation research and produce a quarterly journal, the Creation Research Society Quarterly. Find out more at: http://www.creationresearch.org/crsq.html

Jim Schneider, program director of VCY America (several radio stations—many in Wisconsin, South Dakota, Michigan, and Ohio, plus a TV station), was here at the Creation Museum on Wednesday with his wife, Faith, their two sons (Aaron and Matthew), and daughter (Elizabeth). Aaron had visited several weeks ago with a Wisconsin singing group, and he told us that he enjoyed his second visit very much.

Back in April, I spoke at one of VCY’s events in Wisconsin. About 1700 people showed up (standing room only)—Jim told me that it had been a few years since they had seen such a huge crowd (that was for a talk by our friend Pastor John MacArthur of Grace Community Church in California). It was good to see Jim once again.

As he left, Jim shared a tract with us about their son Matthew. Matthew had to be wheeled around the museum in a wheelchair, for he has a genetic disorder called “Angelman Syndrome.” Named after a British pediatrician, the syndrome means that Matthew is missing a part of his 15th chromosome. While some people think it is cerebral palsy, it is not. (It affects only a reported 1,500 Americans.) Matthew seemed to be all smiles at the museum.

The family is certainly aware of why genetic problems like this can occur: they are the result of the Fall of Genesis (chapter 3). All of us—in one way or another—have been affected by Adam’s disobedience in the Garden.

Also at the museum on Wednesday was the pastor of the south Florida church attended by the parents of our ministry artist Dan Lietha. In the photo (taken by Dan), you see Pastor Gary Pinkley of Olga Baptists Church on the right, with Mark Looy of AiG in the middle, and semi-retired Pastor Bob Rowe (father-in-law of Pastor Pinkley) on the left. 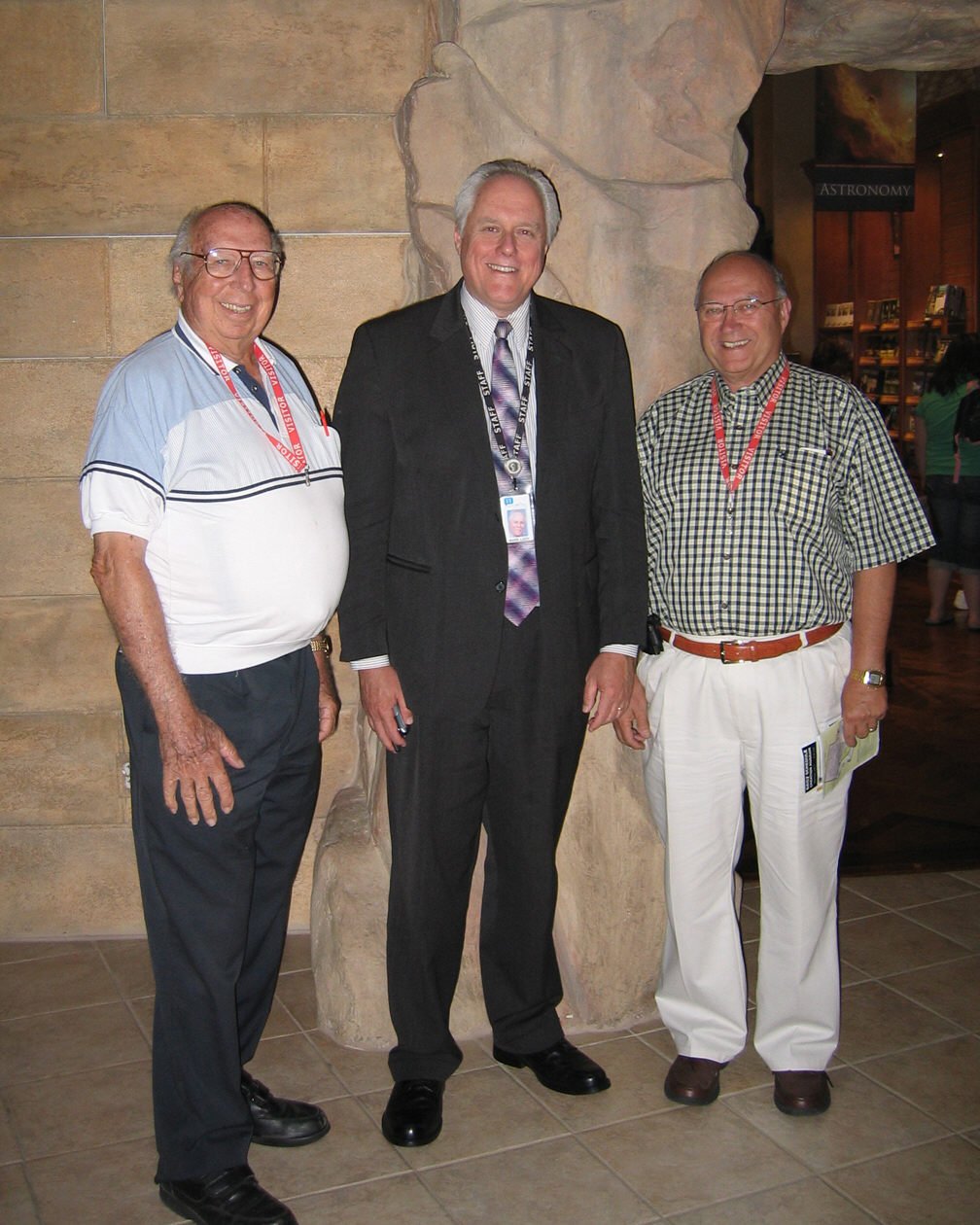 It’s great to see so many Christian leaders visiting the museum, including those who live over a 1,000 miles away.

I have included a photograph of some of the doves that arrived yesterday for to live in the Aviary in the Petting Zoo. Also, staff are on their way home from Colorado, bringing the zorse and zonkey and camel—they should be in the Petting Zoo in the next couple of days. 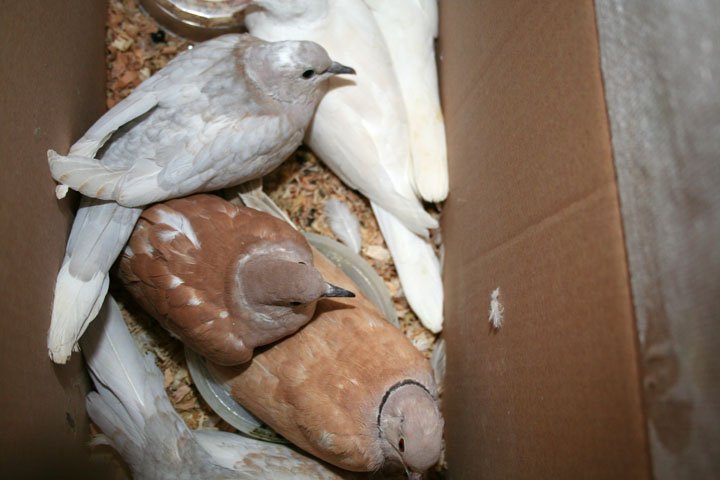 To anyone or anything obsessive compulsive behavior is idolatry and results in a restless and frustrated life, but the same passion to God is a fulfilling life of obedience. Thanks for stopping by and thanks for praying.