In one of the most bizarre and outlandish pieces of journalism I have seen in a long time, a large subscription-based magazine on architecture (The Architectural Record—over 100,000 subscriptions) and one of their writers—who has a section to critique the architecture of museums—blasted the Creation Museum because of its stand on God’s Word. The writer uses words and phrases like the following: “loony bin,” “Christian fundamentalist crusade against scientific reason,” “pernicious,” “In flat-out rejection of the Enlightenment rationalism that brought the United States into being,” (yes, he actually said that in print), “more frightening than Disney’s Haunted Mansion.”

As you read other critiques of museum’s by Martin Filler, you will see that he critiques the buildings—but for the Creation Museum he not only blasts the Christian message, but makes one of the most blatantly false statements I have seen about the Founding Fathers of this nation. This reporter couldn’t help himself—he is so ardently anti-Christian—and his anger at the message of the Creation Museum welled up in him so much, he just had to make this scathing attack when he was supposed to be critiquing the architecture—which in itself is ironic, because the architects of the museum, A.M. Kinney Associates, actually received an award and recognition for the design of the Creation Museum building.

Here is the “architectural critique” from this magazine. By the way, I have found that even some of the most ardent secular humanists acknowledge that many of the Founding Fathers of this nation were dedicated Christians. But read on as Martin Filler blasts the message of the museum—but in doing so, openly mocks and attacks anyone who is a Christian:

Creation Museum, Petersburg, Kentucky, by A.M. Kinney Associates. At a time when museums are accused of turning themselves into theme parks, along comes a bizarre new institution that makes Walt Disney World seem like the Albertina. This is not surprising, since the displays of cartoonish dinosaurs and humanoids at the Creation Museum—devised to supplant Darwin’s theory of evolution with a Bible-based fantasia of the world’s origins—were dreamed up by a former Universal Studios designer, Patrick Marsh. I use the term “institution” in both the museological and the psychiatric sense, because this only-in-America loony bin is no more a museum than I am Napoleon. Even more unsettling than its mission to enlist impressionable children in the Christian fundamentalist crusade against scientific reason is the fact that there are already two dozen such creationist museums around the country, though none equals this in impressive presentation values that make it all the more pernicious. In flat-out rejection of the Enlightenment rationalism that brought the United States into being, the Creation Museum is more frightening than Disney’s Haunted Mansion. Let us pray.

EVER SEEN A ZORSE OR A ZONKEY?

As part of the teaching concerning the kinds that God created, showing there can be great variation within the kind—such as zebras, horses, donkeys, zorses and zonkeys being part of the Horse Kind—we saw a zorse and a zonkey arrive at the Creation Museum Petting Zoo yesterday. Our camel (to illustrate the Camel kind—we already have 2 llamas, by the way, at the Petting Zoo) also arrived yesterday.

I have included some photographs of these animals after they were introduced to their new home at the Creation Museum’s Petting Zoo. 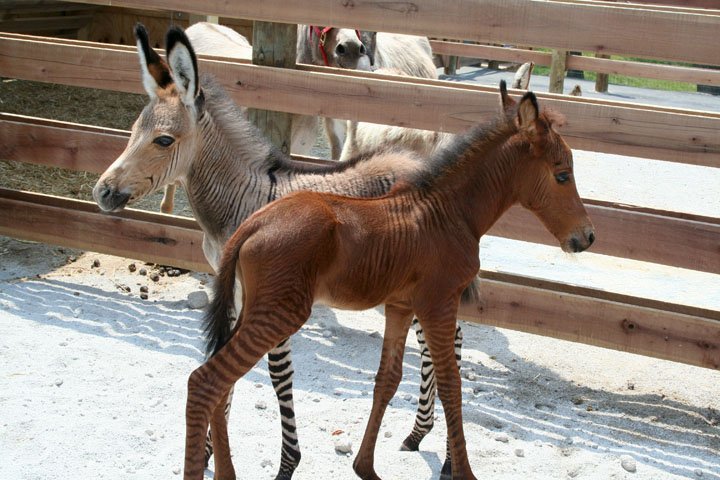 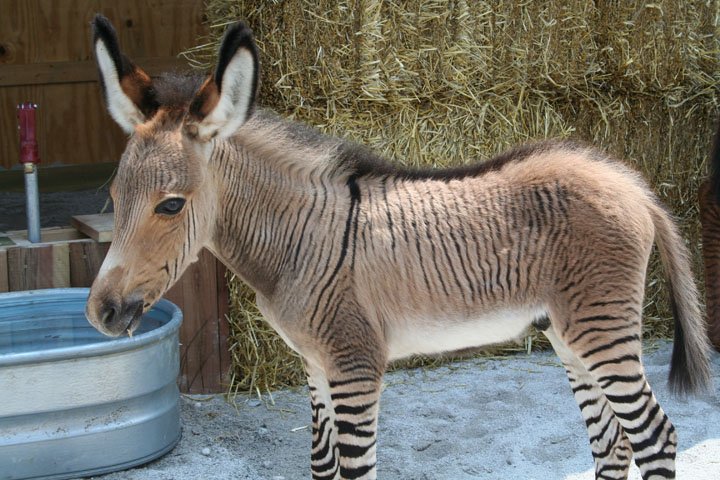 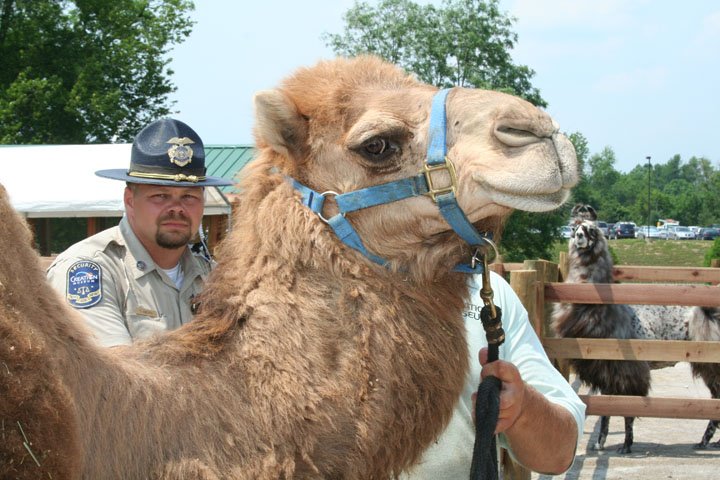 (Deu 9:28)  Lest the land whence thou broughtest us out say, Because the LORD was not able to bring them into the land which he promised them, and because he hated them, he hath brought them out to slay them in the wilderness.

Every challenge on God’s people is a challenge on the reputation of the Lord Jesus Christ to be able to deliver. Thanks for stopping by and thanks for praying.