At almost 398,000 visitors--sometime this week (possibly by Wednesday or Thursday), we expect the 400,000th visitor to the Creation Museum to walk through the door since we opened less than a year ago. Special surprises await such a person. Indeed, how God has blessed the enormous faith step to build this God-honoring facility.

When the Creation Museum opened Memorial Day weekend last year, we told the media we expected at least 250,000 visitors---but we really believed many more than that would come. I remember some of the secular media showing that scoffing smile when I told them 250,000, a few of them even stating that not that many people would be interested in such a Museum. We heard of Christian skeptics telling their staff it would be a “white elephant.” We even heard of one person in a Christian organization mocking the Museum as “Hamland!”

I have met many people who have visited the Museum who have said that they are so thrilled that the Creation Museum does not honor man, but honors God. They see Scripture all through the Museum, and they so praise God that the gospel is presented so clearly to who all come. Well, we give all praise and all honor to the One who created all things and who called us to be a part of this unique and vital outreach to the world.

We will of course be announcing the arrival of the 400,000th museum visitor on this blog and on other parts of our website. And at the end of this week, AiG begins a week of celebrations. Don't miss the fireworks planned for Friday night! They will be spectacular.

RENEWED CONFIDENCE IN THE AUTHORITY OF SCRIPTURE

Dr. Tommy Mitchell this past weekend spoke at the Nashville, Tennessee, homeschool conference. Tommy, a medical doctor (who joined the AiG staff relatively recently), is becoming one of AiG's very popular speakers. Here is his report (and two photographs) concerning this latest conference:

Dr. Tommy Mitchell was a guest speaker at the annual Middle Tennessee Home Education Association curriculum fair this weekend. Tommy gave six presentations over the course of the two-day conference. He covered a variety of topics including the relevance of Genesis, the age of the earth, dinosaurs, natural selection, Noah’s ark and the flood. He reported that all the sessions were well attended and that there was great enthusiasm for the material presented. There is already discussion about Answers in Genesis to return for next year’s conference.

Dr. Mitchell had the opportunity of meeting many people at the book tables during the breaks. Many gave testimonies about how the ministry of Answers in Genesis had strengthened their faith and had given them a renewed confidence in the authority of Scripture. Several people told Dr. Mitchell that they were not very familiar with AiG before this conference, but that they were thankful that they had come to his sessions. They said they had come to the conference that day with many questions and were leaving with those questions answered because of his presentations. Quite a few of those in attendance said that they already had plans to come to the Creation Museum this summer [about a four-hour drive from Nashville]. 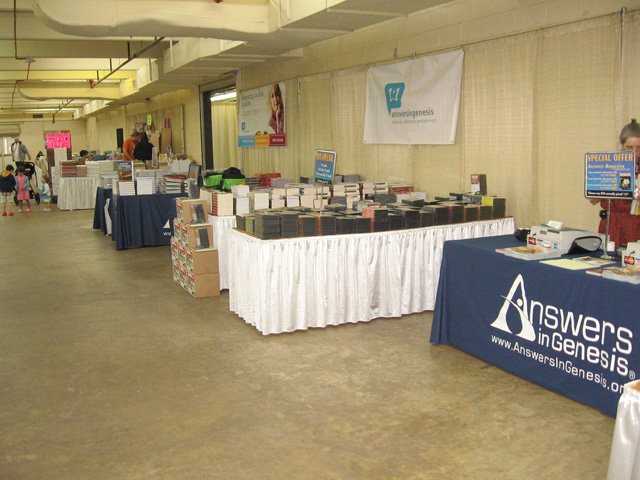 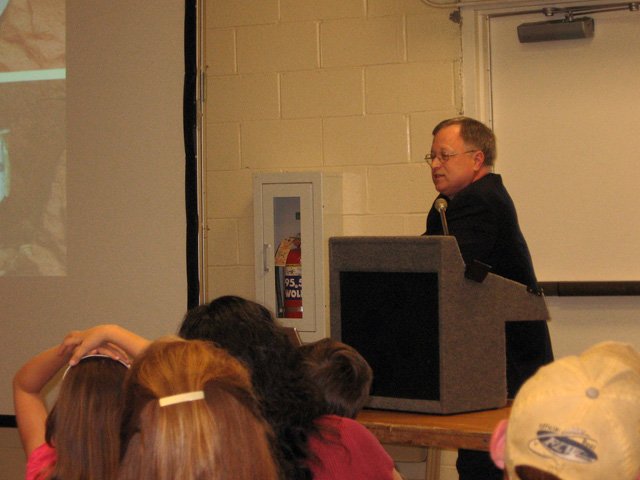 This is a great testimony received this week:

I just wanted to say that this is an amazing website! I totally agree that a lot of young people are being turned away from the faith because of bias in the education system and the media towards evolution, aided and abetted by the attitude of the church. Kids in school are indoctrinated with the belief that evolution is "fact" and that the bible is full of myths! I was saved when I was 12, but my faith took a severe battering at the age of 17 when I was taught evolution in school.

I attended a bible-believing church and made a lot of good friends there, but when I had questions about the reliability of the scriptures they basically said to me that "God said it, that settles it!" and if you don't believe the bible then you are calling God a liar. But I was asking relevant questions about the creation account because "science" had shown it was in error.

I am "recovering" my faith now thanks to the information on your website!

On Sunday, Dr. Terry Mortenson and I returned from four very fruitful days of ministry in Pennsylvania.