Genesis at the Poppy Pavilion

A number of churches in the Lancaster, California, area (north of Los Angeles) came together last night (Sunday) in the 2000-seat auditorium at the Poppy Pavilion (at fairgrounds). I gave two talks—one on the age of the earth and its effect on biblical authority and a second one teaching Christians how to defend the Christian faith and develop a Christian worldview. Today I speak at four chapels for Christian schools and homeschoolers, then two more sessions tonight at the Poppy Pavilion.

At the end of the two sessions last night, the pastor of Grace Chapel (the sponsoring church of this event in Lancaster) gave a challenge to the audience as he outlined the gospel. While he was doing this, he asked a particular man in the audience to put up his hand—the pastor explained that this individual became a Christian after the pastor gave a gospel challenge and prayed at the end of the presentation I gave at the church two years ago.

The pastor explained to me later that a year after I was in Lancaster, a man in his church asked to be baptized. He told the pastor that when he gave a salvation challenge at the end of my session, he prayed to receive Christ. The pastor told me he wanted to make sure he gave such a salvation challenge and prayer at the end of my sessions this time as well.

GENESIS TEACHING AND A SAVED MARRIAGE

On Sunday, as a couple was leaving the church, the lady said, “As a result of you being here last time, this saved our marriage—thank you.” She went on to say that the creation/evolution is a big issue between her and her husband, causing serious marital problems—however, after coming to the presentations I gave at the church, this saved their marriage!!

I have included two photographs taken at the Poppy Pavilion last night. 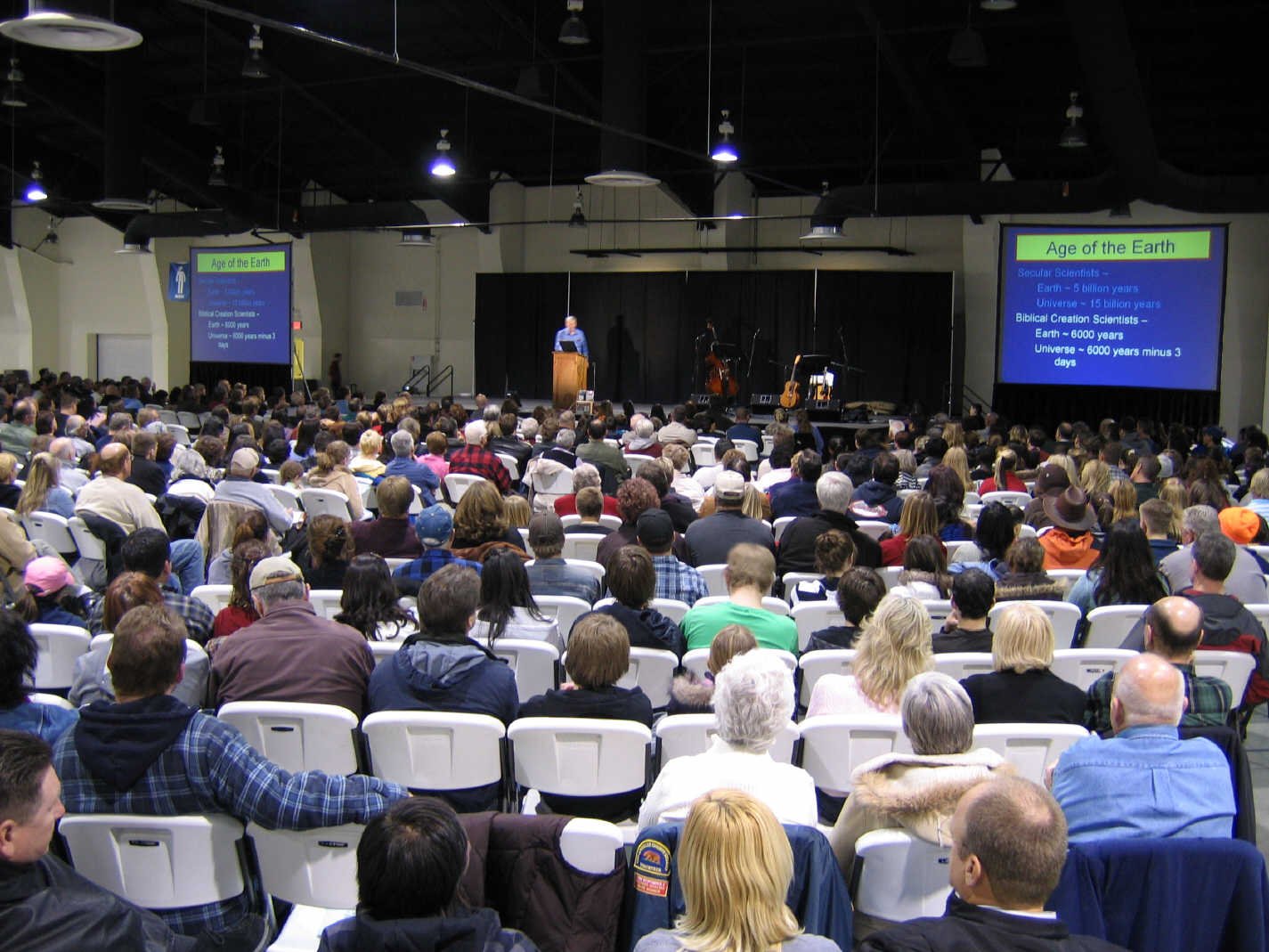 I believe that the greatest teachers and scientists are God-believing creationists. My wife is an amazing science teacher, teaching 7th and 8th grade science with one student that now works for NASA and an incredible number of students placing and winning at local and regional science fairs. I have seen as her belief has grown over the years, her students have benefited from her passion of teaching, logic, and understanding. All Glory and Honor to God in Heaven and Jesus through who everything was created."