I don't recall hearing a pastor using a passage from the book of Job for a Christmas message. But as I have been reading through Job, I realized that Job has a great Christmas message—a message concerning a promise. 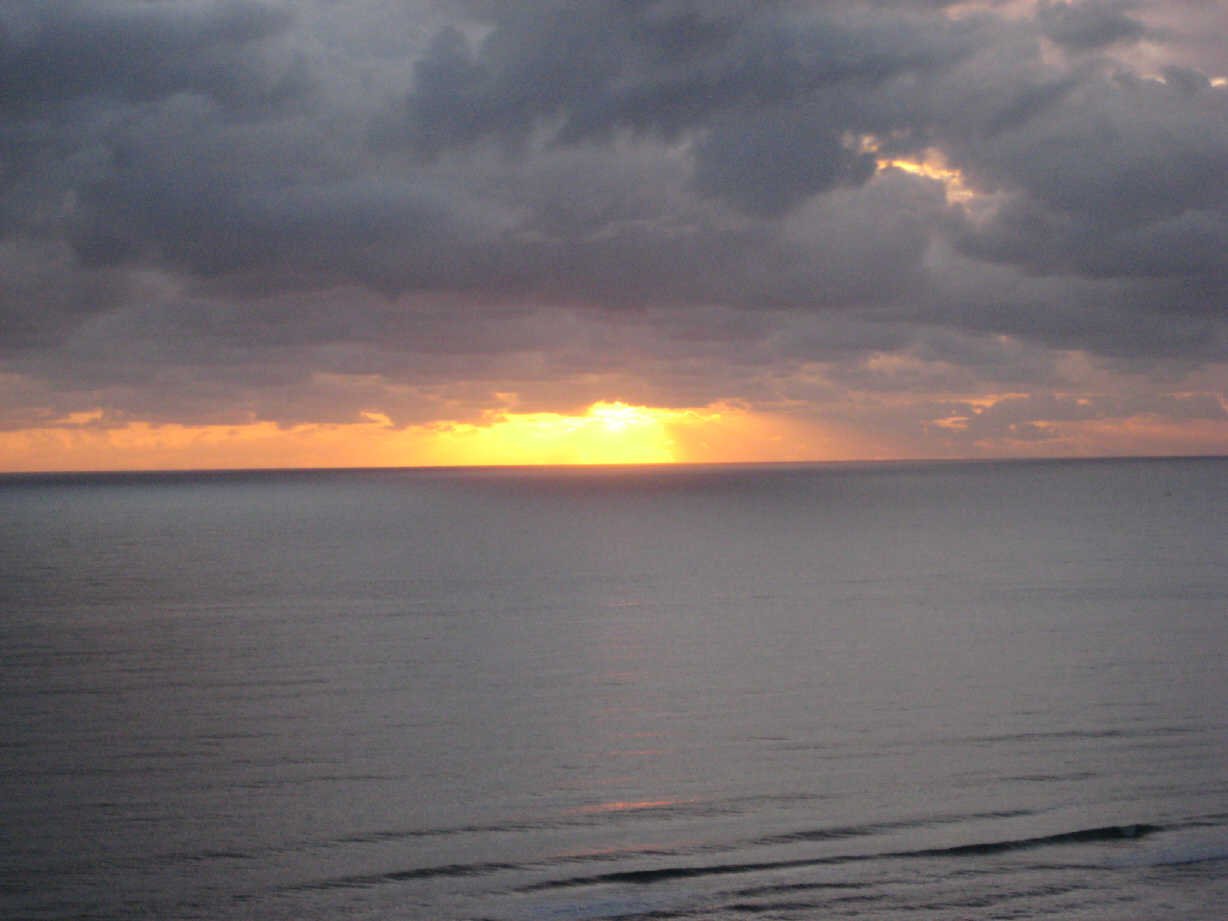 I woke up this Christmas morning on the East Coast of Australia (15 hours ahead of EST in the USA) to a beautiful sunrise. As I looked at this beautiful event, I thought of those that often ask me why God created the sun on the fourth day of Creation. When I answer this, I say something like, “God knew that humans in their sinful state would want to worship the sun (remember the warnings to the Israelites not to worship the sun like the pagans) instead of worshipping the God who made the sun. So God made the earth first, and plant life, before he made the sun—the sun is his tool. Also, God knew that in the 20th and 21st centuries, sinful man would propose ideas like the BIG BANG that teach people the sun came BEFORE the earth—but God created the earth before the sun. Once again I believe God is reminding us to worshiping the God who made the earth and sun and always trust God’s Word—not man’s fallible word.”

The sunrise on Christmas morning reminded me to always trust God’s Word. And in God’s Word we read about promises God has made that we can fully trust. 2 Cor 1:20 states: “For all the promises of God in Him are Yes, and in Him Amen, to the glory of God through us.”

One of God’s promises is found in Genesis 3:15: “And I will put enmity between you and the woman, And between your seed and her Seed; He shall bruise your head, And you shall bruise His heel”—THE PROMISE OF A SAVIOR—OUR REDEEMER.

What really spoke to me about this promise as I was reading the book of Job, is that before the babe in a manger in Bethlehem, before Jesus Christ, the Son of God, walked the earth as a man, even before many of the prophetic passages about Christ, a man called Job knew of the promise of a Redeemer—knew that this Redeemer would walk the earth as a man. And Job knew that even though he would die, there would be a resurrection and he would see the Redeemer after his death. Most of all, Job had put his faith and trust in his Redeemer.

In Job 19:25-27 we read: “For I know that my Redeemer lives, And He shall stand at last on the earth; And after my skin is destroyed, this I know, That in my flesh I shall see God, Whom I shall see for myself, And my eyes shall behold, and not another. How my heart yearns within me!”

Job also said in 19:23,24: “Oh, that my words were written! Oh, that they were inscribed in a book! That they were engraved on a rock with an iron pen and lead, forever!”

When one thinks of the terrible suffering Job went through—how his friends and acquaintances shunned him and judged him—when we think of the fact he didn’t have all of the Bible as we have today—and he didn’t have all the Christian books, all the DVD’s, all the Christian resources we have today. And he didn’t live at the time of Christ and didn’t live in an era where we have so much written about the Redeemer as he walked the earth—and yet Job trusted in the Redeemer and knew that though he would die, he would see his Redeemer in a resurrected state.

The great Bible scholar John Gill put it this way:

…in which Job wishes some words of his were written in a book, or engrossed on sheets of lead, or were cut out on some rock, and particularly were engraved on his tombstone; "namely," these following, "I know that my Redeemer liveth,"…let these be the words written, engraved, and cut out there: by my Redeemer, he means not any mere man that should rise up and vindicate him; for the account of his then living, and of his standing on the earth in the latter day, will not agree with such an one; nor God the Father, to whom the character of a Redeemer is seldom or ever given, nor did he ever appear or stand on earth, nor was his shape seen at any time, #Joh 5:37; but the Son of God, the Lord Jesus Christ, who is our "Goel," the word here used, our near kinsman, and so our Redeemer, to whom the right of redemption belonged; and who was spoken of by all the holy prophets, from the beginning of the world, as the Redeemer of his people, who should redeem them from all their sins; from the law, its curses and condemnation; from Satan, and his principalities and powers; from death and hell, and everlasting destruction; and that by giving himself a ransom for them; all which was known in the times of Job, #Job 33:24; and known by him, who speaks of him as living; he then existed not only as a divine Person, as he did from all eternity, but in his office capacity as Mediator, and under the character of a Redeemer; for the virtue of his future redemption reached to all the ages before it, from the foundation of the world; besides, the epithet "living" points at him as the "living God," as he is, #Heb 3:12; and so equal to the work of redemption, and able to redeem, and mighty to save; of whom it is said, not that he has lived, or shall live, but "liveth"; ever lives; and so an expression of the eternity of Christ, who is from everlasting to everlasting, the same today, yesterday, and for ever; and who, though he died in human nature, yet is alive, and lives for evermore; he has life in and of himself, as he is God over all blessed for ever; and has life in him for all his people, as Mediator; and is the author of spiritual life in them, and the donor of eternal life to them; and because he lives, they shall live also. Now Job had an interest in him as the living Redeemer, and knew he had, which is the greatest blessing that can be enjoyed; an interest in Christ is of infinitely more worth than the whole world, and the knowledge of it exceeds all others; this knowledge was not merely speculative, nor only approbational and fiducial, though such Job had, #Job 13:15,16; but the knowledge of assurance of interest; to know Christ as a Redeemer of men, and not our Redeemer, is of no avail; the devils know him to be a Redeemer, but not theirs: men may have an interest in Christ, and as yet not know it; interest is before knowledge; it is neither knowledge nor faith that gives interest, but God of his grace gives both interest and knowledge: and such a knowledge as here expressed is a peculiar favour; it is owing to an understanding given to know him that is true, and that we are in him that is true; and to the spirit of wisdom and revelation, in the knowledge of Christ, and to the testimony which he bears; and such knowledge will support under the greatest afflictions and sorest trials; under the ill usage of friends, and the loss of nearest and dearest relations, and in the views of death and eternity; all which was Job’s case:

What a message from Job for Christmas! Despite his terrible suffering (and persecution from his friends), Job never wavered in his faith in the kinsman Redeemer—and in fact wanted it written down for all to see so all would know and believe in the Redeemer! 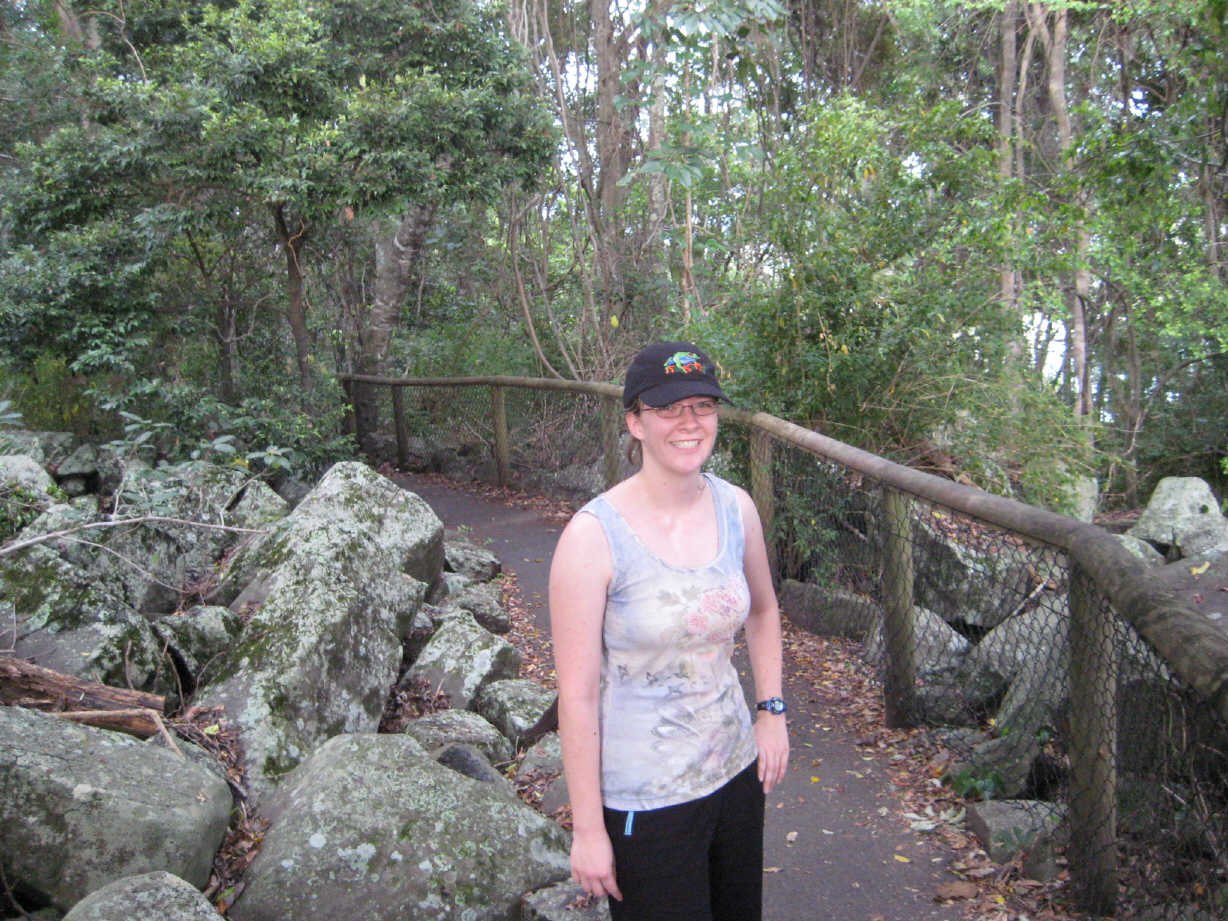 I pondered this message as I walked with our youngest child (Kristel) through the National Park rainforest this morning and was reminded how important it is that we all impart this knowledge of our Redeemer to the next generation, so they will impart to the next and so on. This is the legacy Job left and is certainly the legacy each one of us should be leaving.

Have a blessed Christmas—and despite any of the sufferings we are going through, I encourage you to read that passage from Job 19 and think about the words of Job—despite the most horrible suffering he had to endure (not just horrendous physical suffering, but the death of his children and the loss of his material wealth etc—and we think we have problems!), he never wavered in his trust in his Redeemer. Oh to have the faith of Job.