Recently, one of AiG's speakers spoke at a USA University. The campus pastor made this statement (he sent it to us in writing so we could accurately report what he said):

After 30 years of ministry on a secular campus I have concluded the number one reason Christians lose their faith is the teaching of evolution as an inarguable fact. The same professors invariably attack the reliability of the Bible.

Such a statement is nothing new as we've heard this many times before. However, it is important for the church to wake up to the fact that the teaching of evolution/millions of years in today’s world is one of the biggest stumbling blocks to today’s generations listening to the Bible/gospel.

Scientific Confirmations of the Bible

A radio listener sent this in:

Congratulations, you have created a very effective outreach tool with the radio program and website. You are doing an excellent job spreading the word about creation. I especially like it when you can relate your scientific point to the work of the Savior and salvation, but even when that isn’t explicitly done you still encourage people to rely on the simple words of the Bible. I have a PhD in Chemistry and have taught many college level chemistry, physics, earth science, and biology courses. I always found the Bible very reliable in every discipline, and I have been privileged to show those discoveries to my students. But many times I wished even more people could see the scientific confirmations of the Bible that I have seen. And to some extent you are making that possible. May the Lord continue to bless your work.

Article About Creation Museum Being Picked up Across the Nation

A news article about the Creation Museum is being picked up by various news sources across the nation. The article begins:

Each day near Petersburg, Ky., 1,500 to 4,000 visitors, including busloads from Christian schools and churches, stand in line for as long as an hour to wander 60,000 square feet of animatronic exhibits presenting the Bible's creation story as fact.

It's been six months since the Creation Museum opened to crowds and protests, and the controversial attraction has proven more popular than even organizers had predicted.

Halfway into its first year, it is on the verge of surpassing its projected year-long attendance goal of 250,000. Officials now expect nearly 400,000 people to pass through the doors by year's end.

You can read the entire article.

The following is the news release AiG’s publicist sent out to secular and Christian news sources:

PETERSBURG, Ky, Nov. 2, 2007 – As the public discussion on creation, evolution and intelligent design continues unabated – both in the U.S. and abroad – attendance remains strong at the highly acclaimed Creation Museum near Cincinnati, which was opened in late May by the biblical apologetics ministry Answers in Genesis (AiG). The state-of-the-art museum saw its 250,000th guest on Friday afternoon, more than six months earlier than it originally expected.

“We are pleased with the attendance, certainly, but more importantly, we are grateful for the opportunity to help people grow in their Christian faith by learning more about biblical creation, and also to see so many non-Christians be able to hear the gospel” said ministry founder Ken Ham, co-author of the new book against racism, Darwin’s Plantation. “While the museum is the most visible aspect of AiG, it is but one aspect of our international ministry.”

“While our numbers are strong, and we celebrate what that means to individual lives who have been touched by the museum’s message, we are reminded that there are so many more to reach through various aspects of our ministry,” added Mark Looy, co-founder of the museum and the CCO of AiG. “We continue to rely on ministry donors to help keep museum prices reasonable for families, as well as to enable other areas of the ministry to operate, such as our award-winning and highly popular website.”

In addition to robust attendance (some days it is 3,500 guests), the museum has continued to receive plentiful media coverage – aided in part by the ongoing creation/evolution debate. Several international TV networks have recently sent crews to the museum to help explain for their audiences back home what the debate is all about. “This is a hot topic in Europe especially, and we hope that we have been able to help clarify the issue,” Looy added.

The museum has several special exhibits and events planned for the holiday season, including a planetarium presentation on “The Christmas Star.” Many Christian school groups have attended educational tours, which will continue throughout the school year.

AiG, a biblical apologetics ministry, conducts 300-plus teaching meetings each year, hosts an award-winning Web site (www.AnswersInGenesis.org), and produces the “Answers” radio program heard on 900 stations Each of these outreaches is also donation-subsidized.

Today (Sunday) in Saipan, Dr. David Crandall from AiG’s Worldwide Ministry division is speaking in the church where we held the Creation conference. He speaks at the Chinese service first, and then the English service. We will also be videoing his presentation. I finished my six presentations yesterday. The response was overwhelming. I have included some photographs to give you an idea of the type of audience I spoke to. The number one piece of feedback went something like “we have never heard this before.” I have come to the conclusion that everyone in Saipan has digital cameras. As soon as I finished my last talk, it seemed that everyone in the audience wanted photographs—I have never seen people take so many photographs. And they all wanted books autographed. At this conference we released the Chinese version of AiG’s book for children on the race issue. The New Answers Book and The Lie have also been translated into Chinese and will be released very soon. 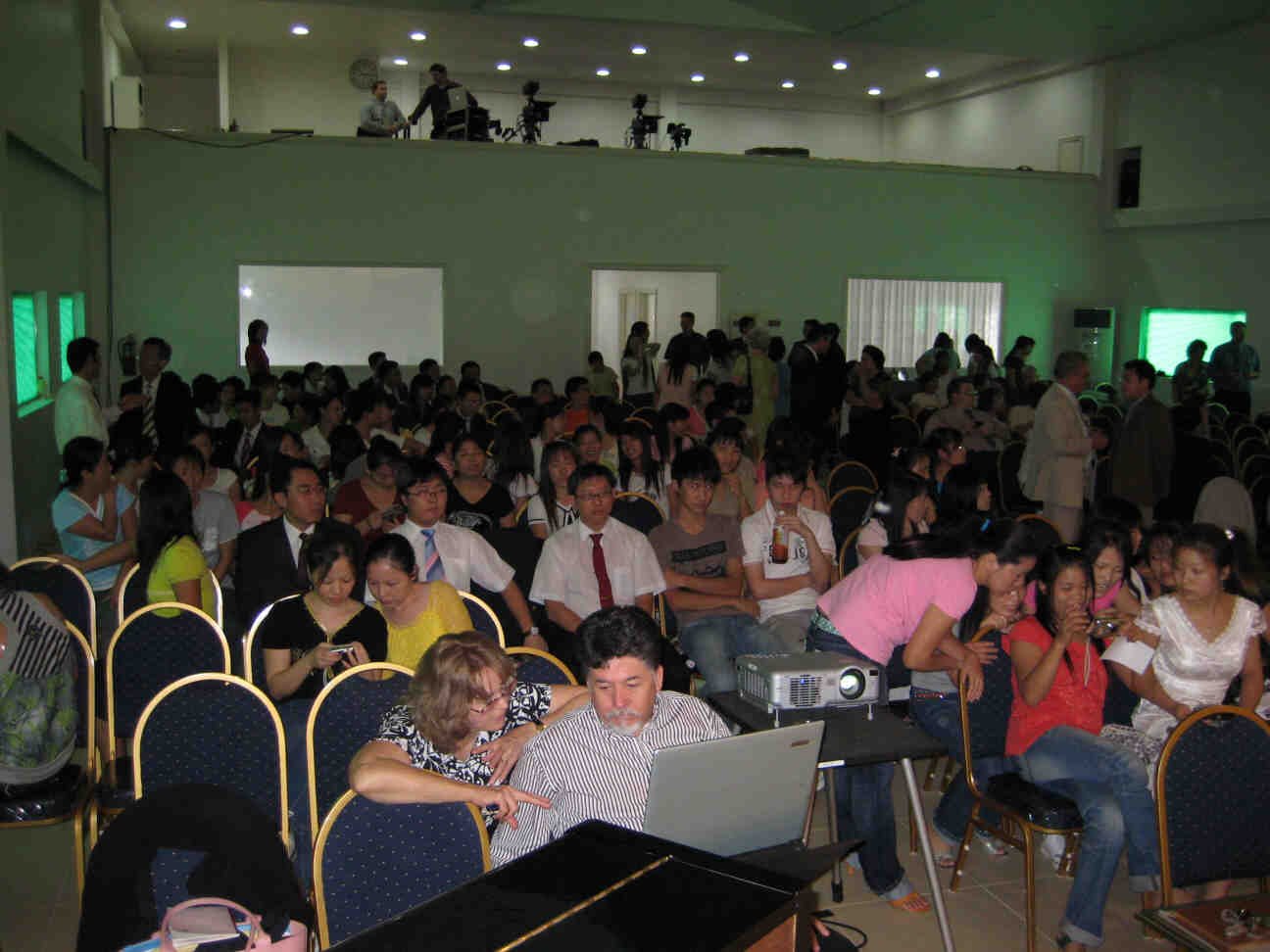 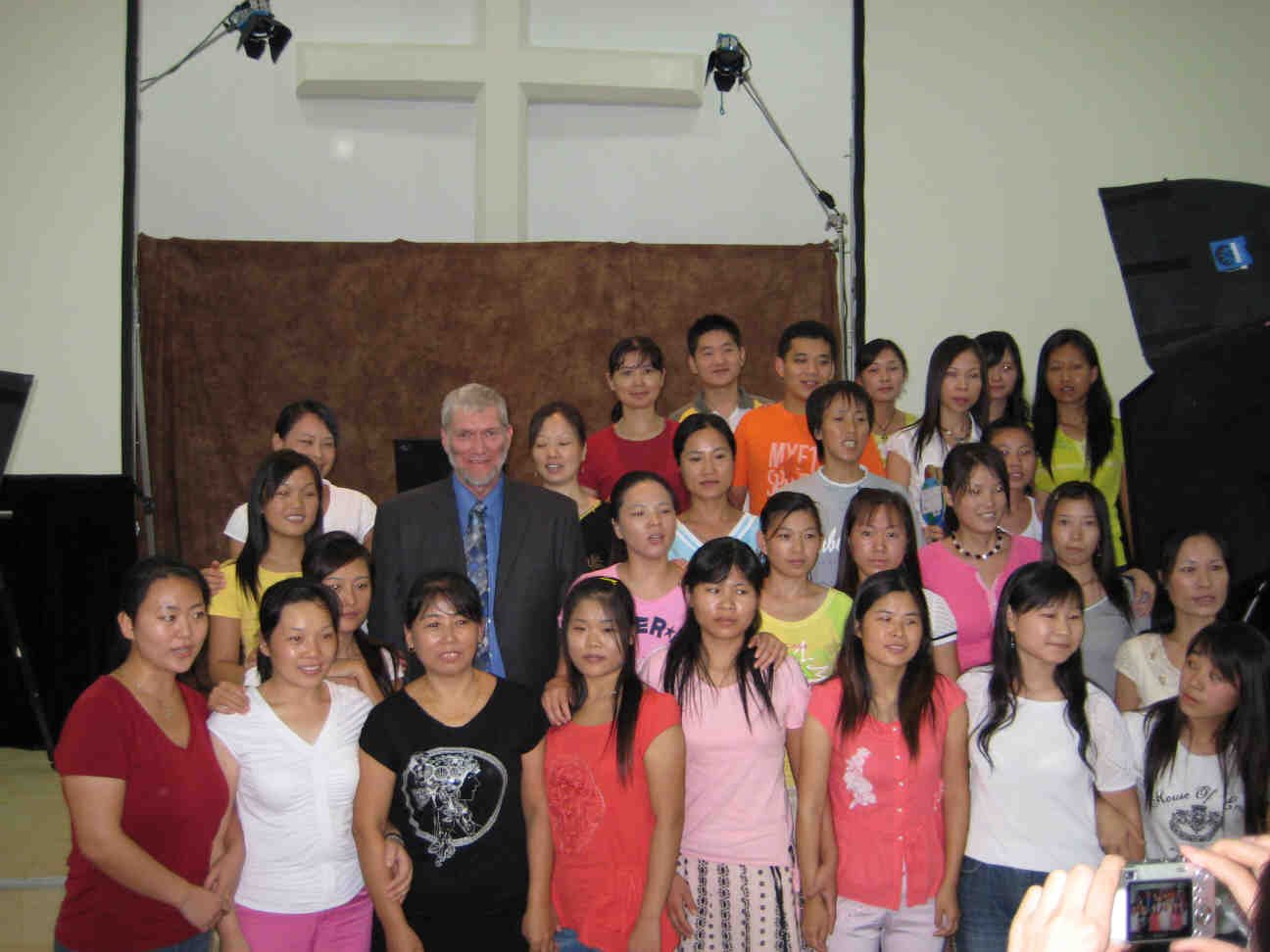 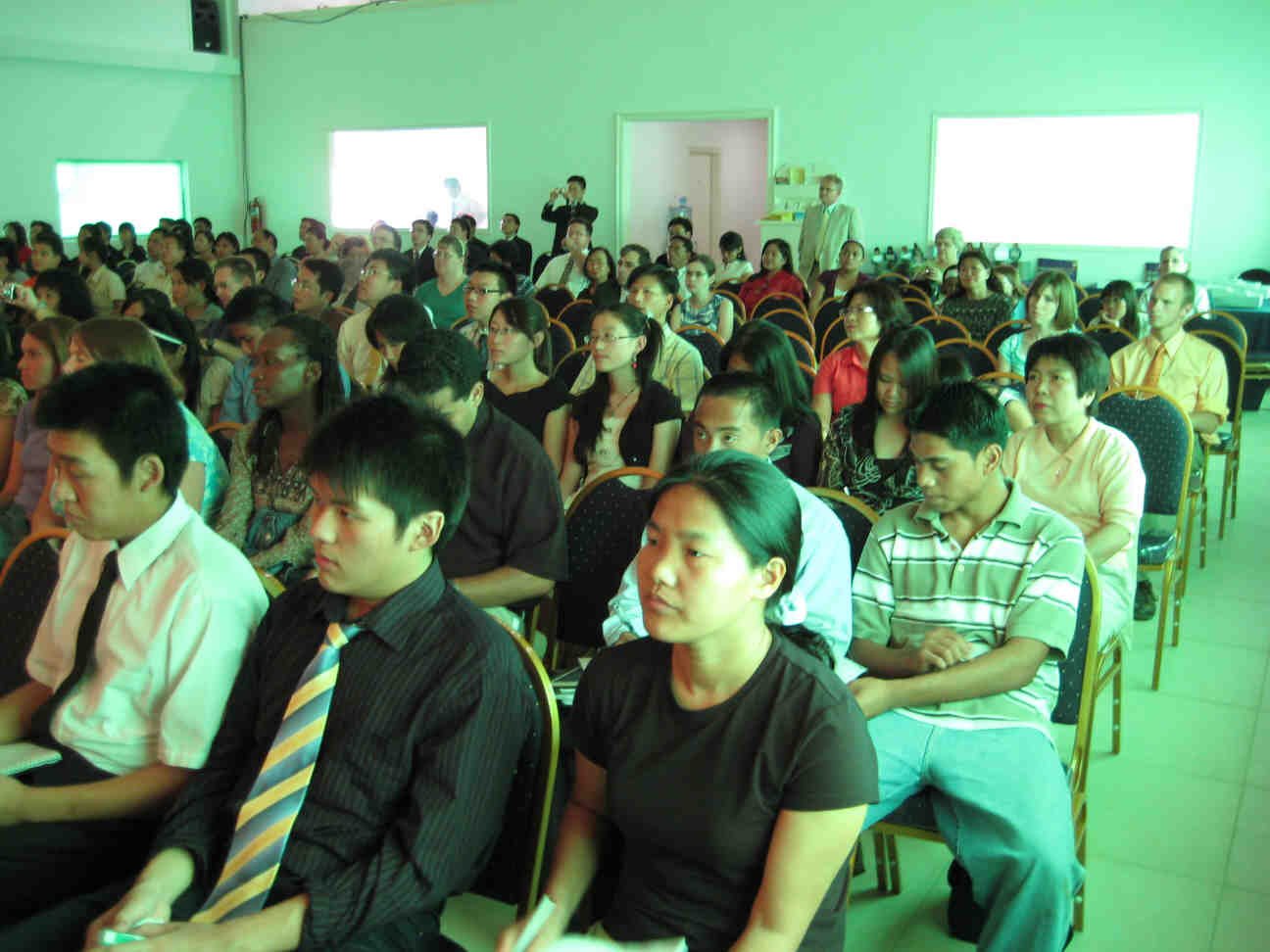 Previous Article Museum Hits 250,000! Next Article Josiah Did That which Was Right