What a special thrill today to receive a unique and very exciting donation—a bronze deer with fawns sculpture donated by Roger and Vicki Smith. Roger is a very talented artist who does wildlife art in bronze.

I have enclosed three photographs: 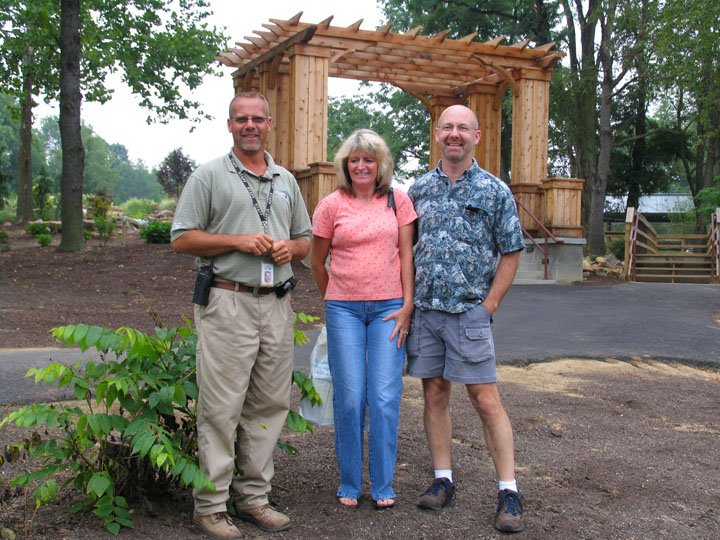 1. AiG landscaper Tim Schmidt standing with Roger and Vicki in the place where the bronze sculpture will be placed 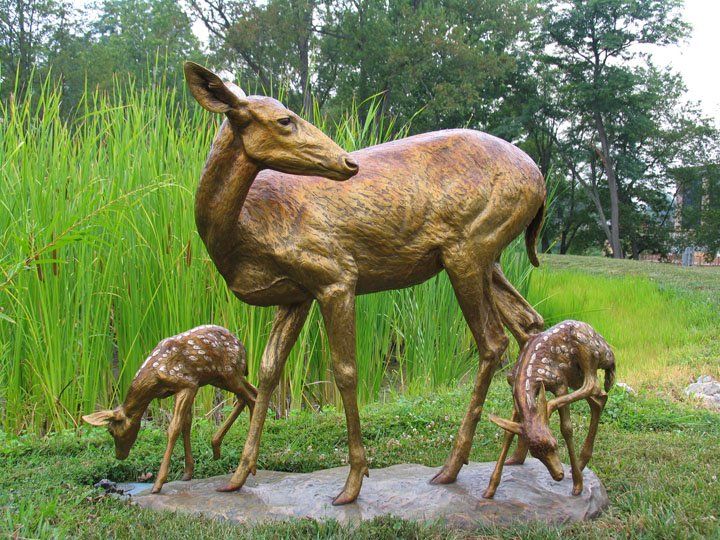 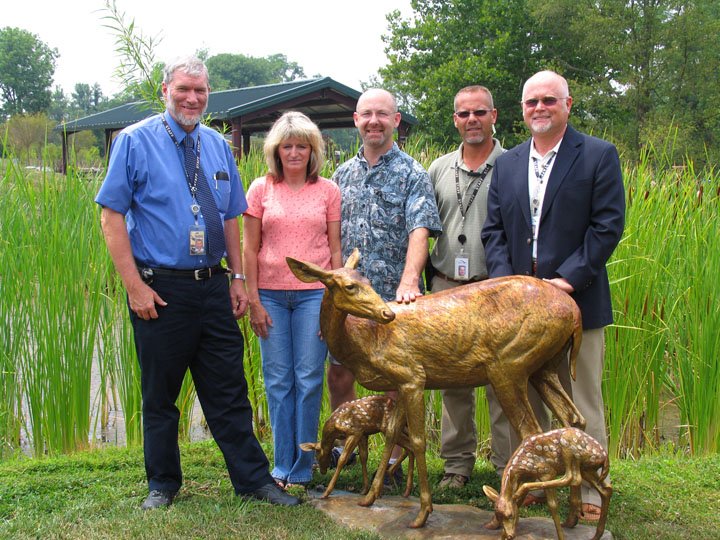 The sculpture is actually priced at $39,000 and is #1 of only 7. You can find out more about Roger and other featured pieces of his wildlife art (and where he will be showing his pieces) at: www.RogersWildlifeArt.com.

Dr. Menton was quoted in an article at OneNewsNow:

“David Menton, a speaker with the apologetics ministry Answers in Genesis, says the recent announcement that scientists have found a possible link between two species of early humans is more fiction from those who want to promote the false theory of evolution. He says he sees a double standard in how evolutionists handle their so-called discoveries in comparison to other scientific fields.

“‘The intriguing thing is that in any legitimate branch of science, these articles are published in the scientific literature and are hashed over there long before you get the popular press,’ explains Menton. ‘But in the field of evolution—and particularly hot-button areas of evolution like origin of birds, origin of humans—it seems like the first release is to the public, as though the real effort was to convince the public rather than to really communicate with the scientific community.’ ... ‘This whole area of hominid evolution, or human evolution, is rather like the old pea and shell game. The pea is never quite under the shell that you thought it was under. They not only change the date around, but they even change the names. It’s quite frequent that the name of the creature will be changed to something else,’ he says.” You can read the rest of this article at:

Coming back “again and again”

“WOW!!! My wife and were on vacation all last week and we ended up going to the Creation Museum last due to some circumstances unforseen BUT let me tell you it was AWESOME!!!! We got there a little after 1:00 and didn't have enough time to look at everything! The museum is worth every penny of the charter membership. In fact my wife and I enjoyed it so much we were wondering do they still allow you to upgrade the 5 year membership to the Lifetime membership???? I really hope so because I can see us going back again and again and with a list of people that NEED to see it!"

The press release about the 100,000th visitor to the museum continues to receive coverage across the nation (by the way, museum attendance is now around 110,000 and growing almost 2000 per day—on Thursday 2200 visitors with 38 groups plus normal walk-ins on Friday). Here is a link to another Christian publication featuring the museum press release: http://www.bpnews.net/BPnews.asp?ID=26135. A Museum visitor this past week wrote:

“... let me congratulate you on the museum. I went there with my extended family. My nephews loved it. It caused my dad to rethink his ideas on evolution. I thought it was extremely well done. I also thought it is probably the only place in the world where you can go to get an accurate idea about both sides of the Creation versus evolution issue. As one final remark, the planetarium show was the finest I have ever seen. The presentation and the astronomy were excellent.”

I will be speaking at the two morning services at Alderwood Community Church, 3404 Alderwood Mall Blvd. Lynnwood (near Seattle), Washington, on Sunday morning. Please pray for these services.