Creation Museum staff are working hard to open AiG's Dinosaur exhibit, featuring a number of the dinosaurs sculptured by Buddy Davis, and other items, on July 4.  I have included a photograph of a Triceratops   skeleton (cast) that will be on display in that exhibit that involves two levels of displays. 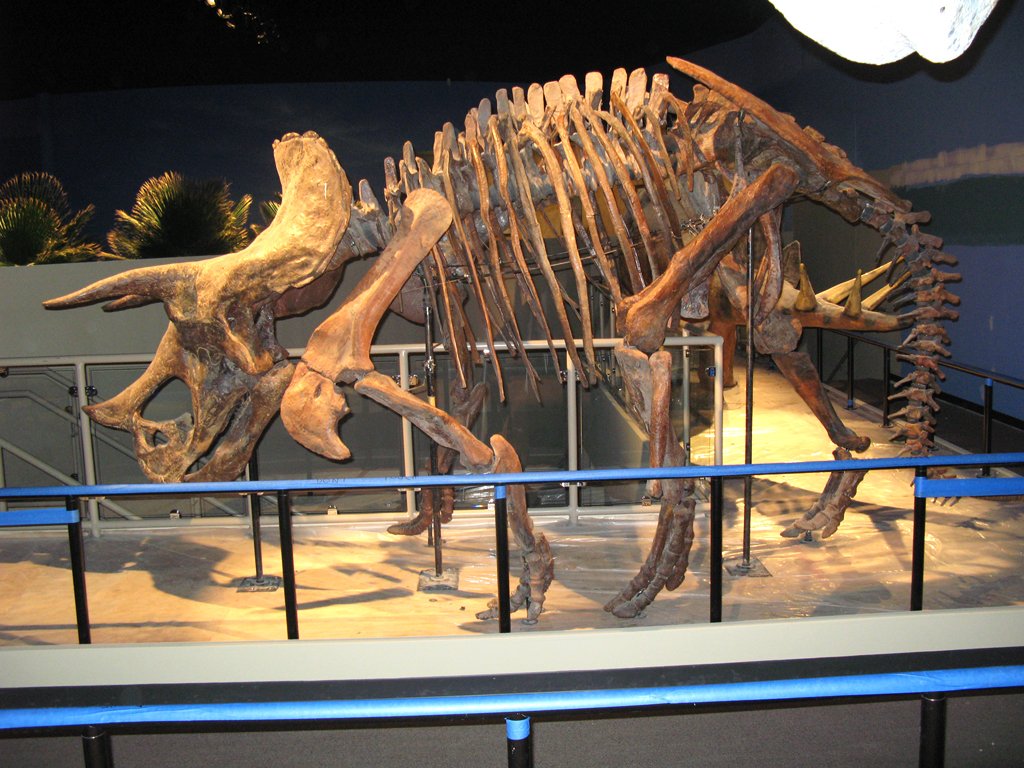 My wife and two of my girls ages 12 and 15 and I visited the Creation Museum...I must say the creation museum far exceeded my expectations. The state of the art technology, cutting edge high quality presentations and displays are the most effective communication of the Gospel and Creation Science I have ever experienced.  My kids loved it as well.  We all came away in awe of God's creation and the trustworthiness of God's Word.  Already we are making plans to bring friends for another visit soon.  Thank you for your commitment and dedication to making the Creation Museum a reality!  We intend to become Lifetime Members and partners of the Creation Museum.

Even though the spotlight has been on the Creation Museum lately, AiG continues to receive a lot of positive feedback about the general ministry, for example:

Hi, I just wanted to send in a note to say that after listening to Ken Ham, it has totally changed the way I thought about the Bible being very literal. I saw Ken about 13yrs ago, I was a freshman in High School. I would love to see him again, and have my husband listen to him. I think he'd get a lot out of it. I am so thankful that he is still going out and teaching. It's awesome. Thank-you for your devotion.

On Friday I spoke to around 1000 people in each of the two workshops at the Home Educators Conference in Richmond, Virginia.  Saturday morning I give a keynote address and then three more workshops.  I also ended up speaking to a reporter for what would be considered a "left-wing" newspaper.  On Saturday morning (very early) I am also being interviewed live on a local radio program.  My days always get busier than planned these days!!