Many look on Scientific American as a reputable science (though ardently evolutionary) magazine--but one wonders how trustworthy their research is when on their website one of the editors for Scientific American made the following statement from their blog:

The second is the attempt to blame the killings on science education itself. Check out Orac's post, which points to a ridiculous blog about the shootings by Ken Ham, president of Answers in Genesis, a pro-Christian advocacy group. In the post, Ham rails against atheism, evolutionary biology and the science classroom...

Here's contemptible ghoul #2, Ken Ham over at Answers in Genesis , who blames the evil of the school shooting on atheism (of course!) and--wink, wink, nudge, nudge--evolution, even though he "isn't saying that," if you know what I meanDespicable. Ken Ham couldn't even wait until tomorrow to start blaming godless secularists and evolution for this crime, just as he blamed the Columbine shootings on evolution and atheism.

But the same website actually quoted my article on the Virginia Tech killings where I really stated:

I'm not at all saying that the person who committed these murders at Virginia Tech was driven by a belief in millions of years or evolution. I don't know why this person did what he did, except the obvious: that it was a result of sin. However, when we see such death and violence, it is a reminder to us that without God's Word (and the literal history in Genesis 111), people will not understand why such things happen.

The main thrust of my article was to point out that unless one understood and believed in a literal Genesis, one wont have an understanding of why such killings occur. I also pointed out that the more generations of people are educated to believe in evolution/millions of years, and that the Bibles history is not truethe more these generations will have no basis for morality or purpose and meaning of life, etc.

I guess the problem is that people in the secular world dont understand (or accept) SINtherefore they dont understand what we are saying. But it really is quite poor of Scientific American to twist what I said.

As well as the more than 50,000 copies distributed to those who subscribe to ANSWERS magazine, an additional 10,000 copies have been purchased in the last month alone of the latest ARK issue. People are buying additional copies every daycustomer service is extremely busy. If you want extra copies, or you want to subscribe to this increasingly popular and unique magazineyou can do so through AiGs website.

We had a visit today from leaders at Calvary Missionary Baptist Church in Cincinnati. On the far right of the attached photograph, is the churchs senior pastor, Dr. Jim Chisley, along with his deacon Gerry Hughley and with his wife Vicki. (Mark Looy, AiG CCO, is at the left.) They are especially grateful for AiGs ministry of racial reconciliation (e.g., www.OneHumanRace.com), and they will host AiG speakers in their church on select Sundays later this year. Pastor Chisley said a number of times that the Creation Museum is unbelievable. 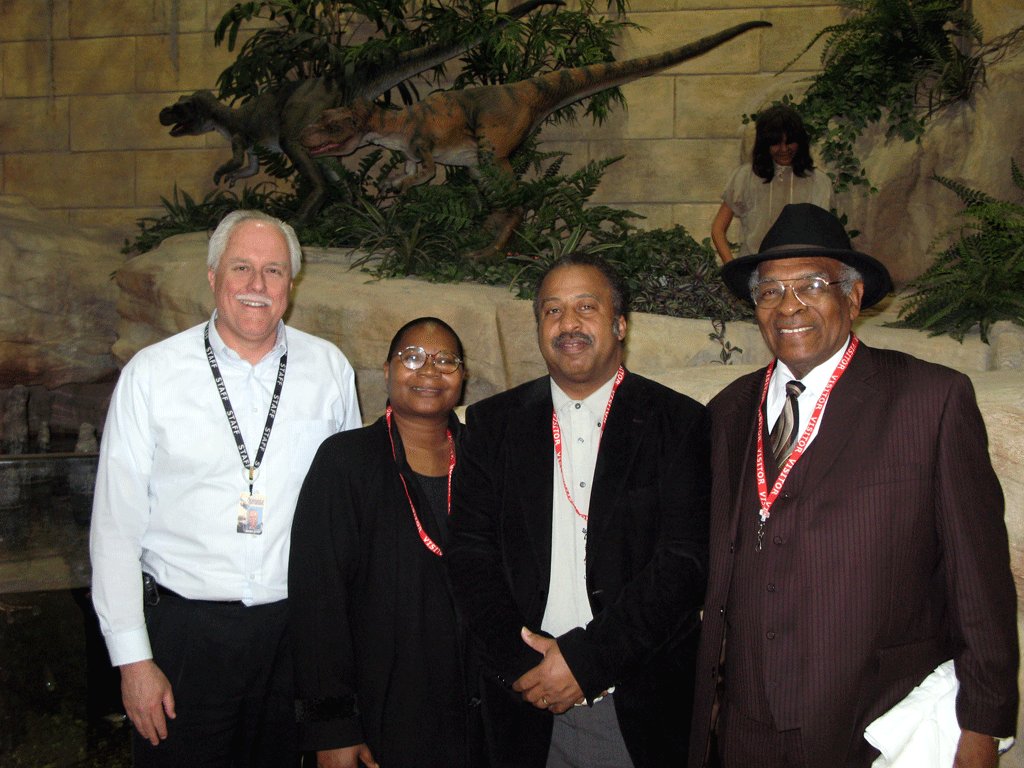 Today we were almost overwhelmed with media calls regarding the museum. Both Mark Looy and I did radio interviews. I have a lot of media interviews already lined up for next week. On Thursday Mally and I leave for New York state where I (along with Dr. Dave Menton and Buddy Davis) will speak at a conference. We understand the conference is basically booked out with every seat taken! Please pray for us as we minister at this program.

I have also included two photographsone taken in the Starting Points room and one in the Biblical Authority room. 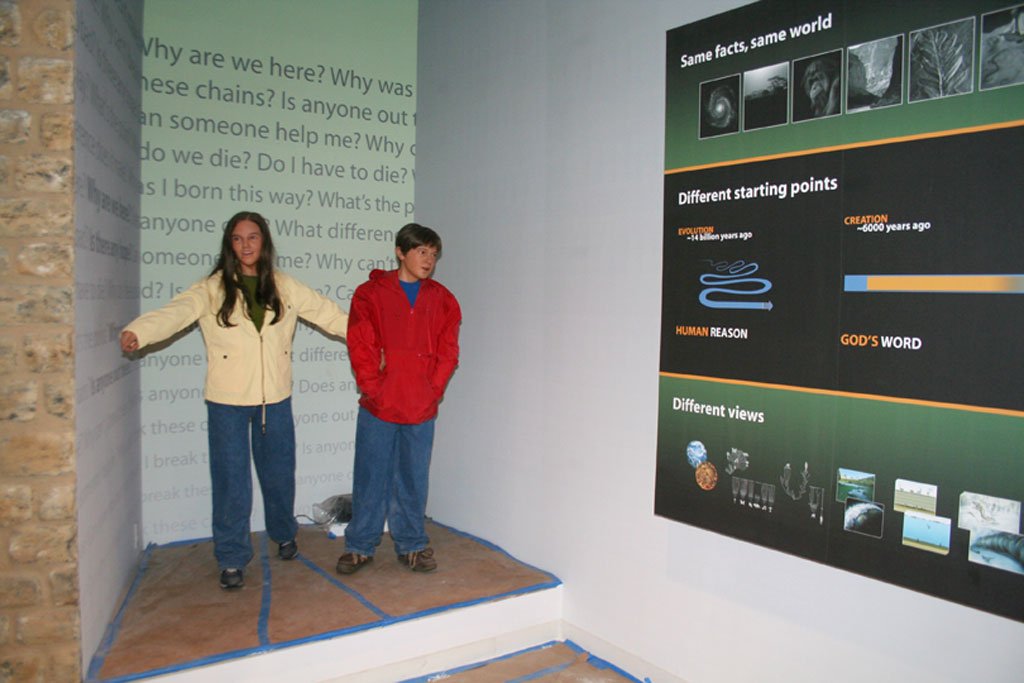 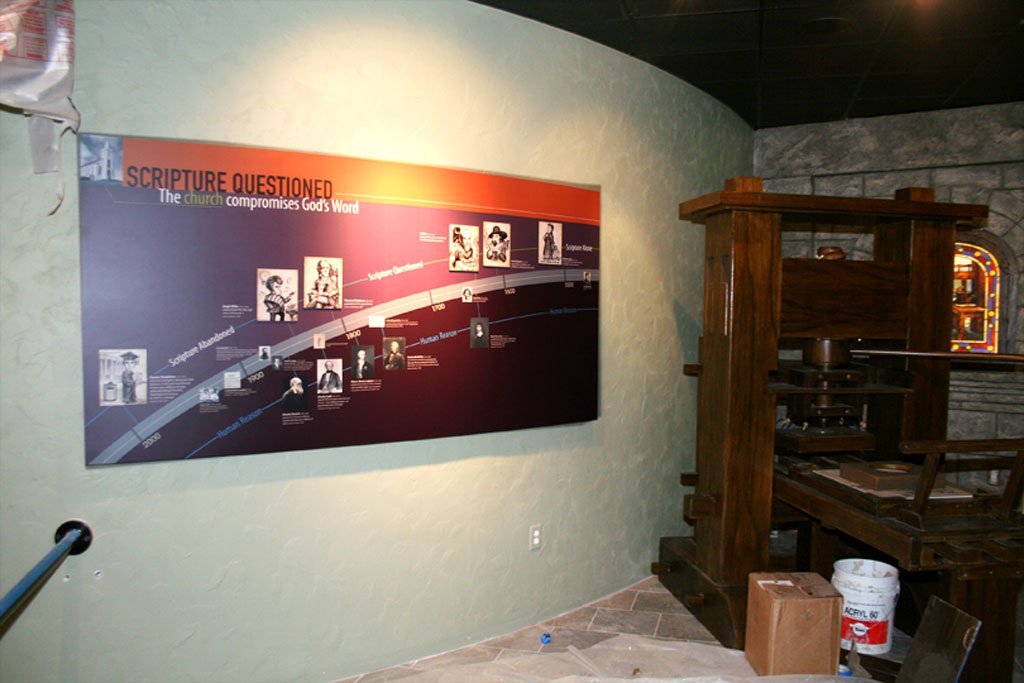