Recently, leading anti-creationist Dr. Eugenie Scott visited AiG with the BBC to interview me for a special radio program. Based on that visit and interview, the BBC has published an online report on the Creation Museum. They also included a very unique photographone of leading anti-creationist Dr. Eugenie Scott with me, as president of the worlds largest creation organization. The report began: 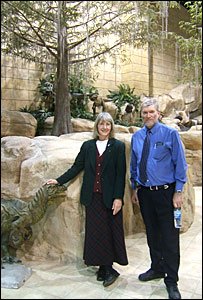 For some a battle between science and religion is being fought for the soul of America. The Creationists argue God created the world in six days and want their beliefs given equal status to evolutionary science.

Petersburg, Kentucky, is in the middle of North America. It is supposedly within a day's drive of two-thirds of the US population. For the rest, it is just 10 minutes from Cincinnati International Airport. That is why it was picked as the site for a new museum, due to open in a couple of months. We enter the landscaped grounds through gates flanked by wrought iron stegosaurs. The lobby is modelled on a cliff in the Grand Canyon. But this is no ordinary museum of science and geology.

You can read the entire report at the BBC website. DR. TOMMY MITCHELL SPEAKS AT MALONE COLLEGE

AiG speaker Dr. Tommy Mitchell spoke at Malone College in Ohio. It is very interesting to read his report and see how students and faculty react. This will help you understand what we are up against and how better to pray for our speakers. Tommy sent this report:

This week I had the opportunity to speak to several classes of college students at Malone College in Canton, Ohio. I was invited by two of the biology department faculty to present information on issues such as origin of life, information theory, human fossils, and of course, poodles.

The first presentation was Origins and Information where the topic of the origin of life was dealt with. The evolutionary viewpoint was presented and then critiqued. The implausibility of life occurring by chance random processes was reviewed, and the shortcomings of this materialistic view of origins explained. A part of this discussion dealt with information theory. The session was well received by the students. In fact, one particular student, who identified himself as a philosophy student and an atheist, said that the presentation was logical and compelling. The student also added, What you said makes a lot of sense. Ill have to give it some thought.

The second and third sessions were equally well received. There were sessions on natural selection, the age of the earth, dating methods, and human fossils. (The discussion of poodles was held to the end.) There were many questions from students and faculty alike. Also heard were several encouraging testimonies from students about how the sessions strengthened their faith and gave them some ammunition to use when witnessing to friends and family.

After the third session, I was approached by a faculty member who seemed to take offense to my young earth viewpoint. This faculty member explained that he was an old earth believer and tried to dismiss much of the material that was presented during the sessions. The professor held the view that radiometric dating methods are authoritative, and seemingly to be trusted above Scripture. I sensed that this professor became angrier as the discussion went on, at one point challenging me about how the Bible could be accepted as authoritative. Nonetheless, our interaction concluded on friendly terms.

The next day during lunchtime, I was asked to present my testimony and give everyone an overview of the Creation Museum project. This session was open to students and faculty alike. There were 25-30 students and about 10 faculty in attendance. There were many questions from those attending. One professor from the theology department said that he took great exception to my position on the interpretation of Genesis. He said that he felt it was not reasonable to consider Genesis to be historical narrative. When I asked him for his reasoning on this, he explained that there were multiple literary forms in Scripture (poetry, apocalyptic, etc.). As I recall he said that any world-class scholar would say that Scripture contains at least 12 different literary styles. When I said that historical narrative was a valid literary form, he replied that there was NO historical narrative in the Bible! Thinking that my ears had played a trick on me, I asked him to make the statement again. He again stated plainly that the Bible contained NO narrative text. He went on to say that the Bible contains Gods truth in many forms, but there was no text to be taken in a literal narrative fashion. He said that Adam and Eve were not real but allegory. When I asked him if he believed in original sin, he said that he did. I pointed out to him that this position was inconsistent, but he maintained that his position was sound theologically. I then asked him how he could support his position on the literary style of Genesis when Christ himself referred to Genesis as historical narrative. He again insisted the Genesis contained truth but is not to be taken as historical. Finally I asked him how anyone could then know what any portion of Scripture meant if they could not trust the plain (natural) reading of the text. He replied that he hoped that people would have the help of a pastor who could help them intellectually understand the meaning.

As I was driving home from Malone I spent time thanking the Lord for such a wonderful opportunity to interact with these students and faculty. I pray that many seeds were planted in the hearts and minds of these young people. I also thanked Him for giving us the Holy Scriptures, which can be so easily understood by those who seek His truth. Truly, it doesnt take a Ph.D.!

I have included three photographs: One of the local FOX 19 reporter and cameraman as I took them through the Museum on Friday. One of the Finnish reporter with Mark Looy. Ive also included a photograph of the live chameleon that was put in his display case (a live display) at the Creation Museum on Saturday. 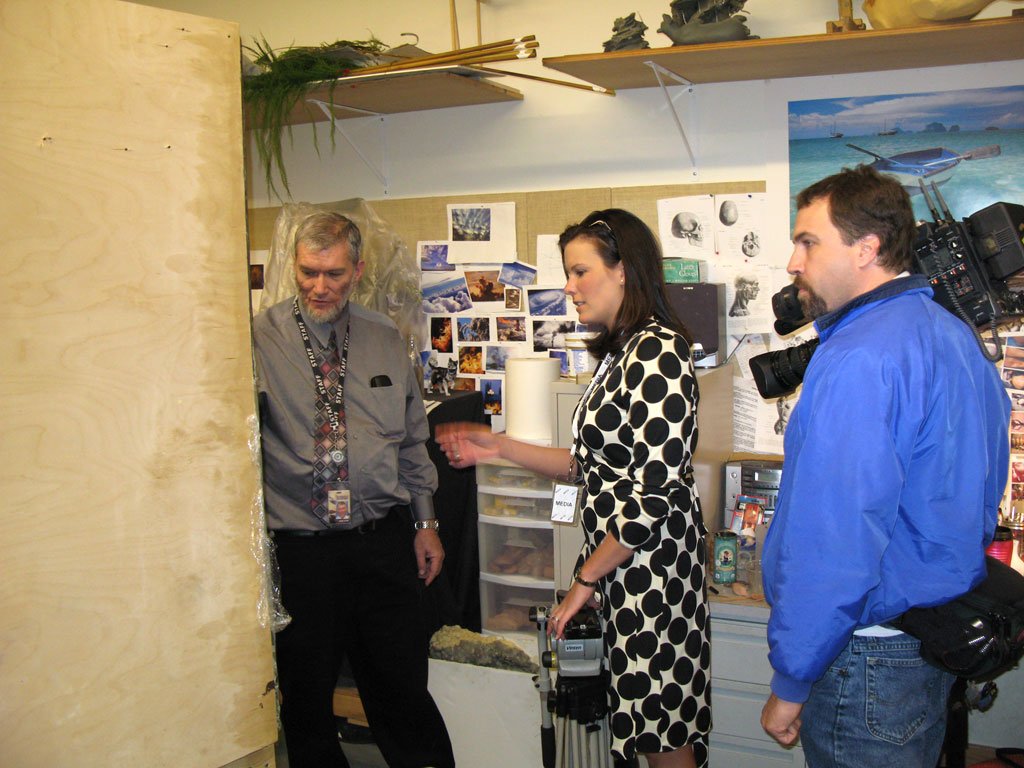 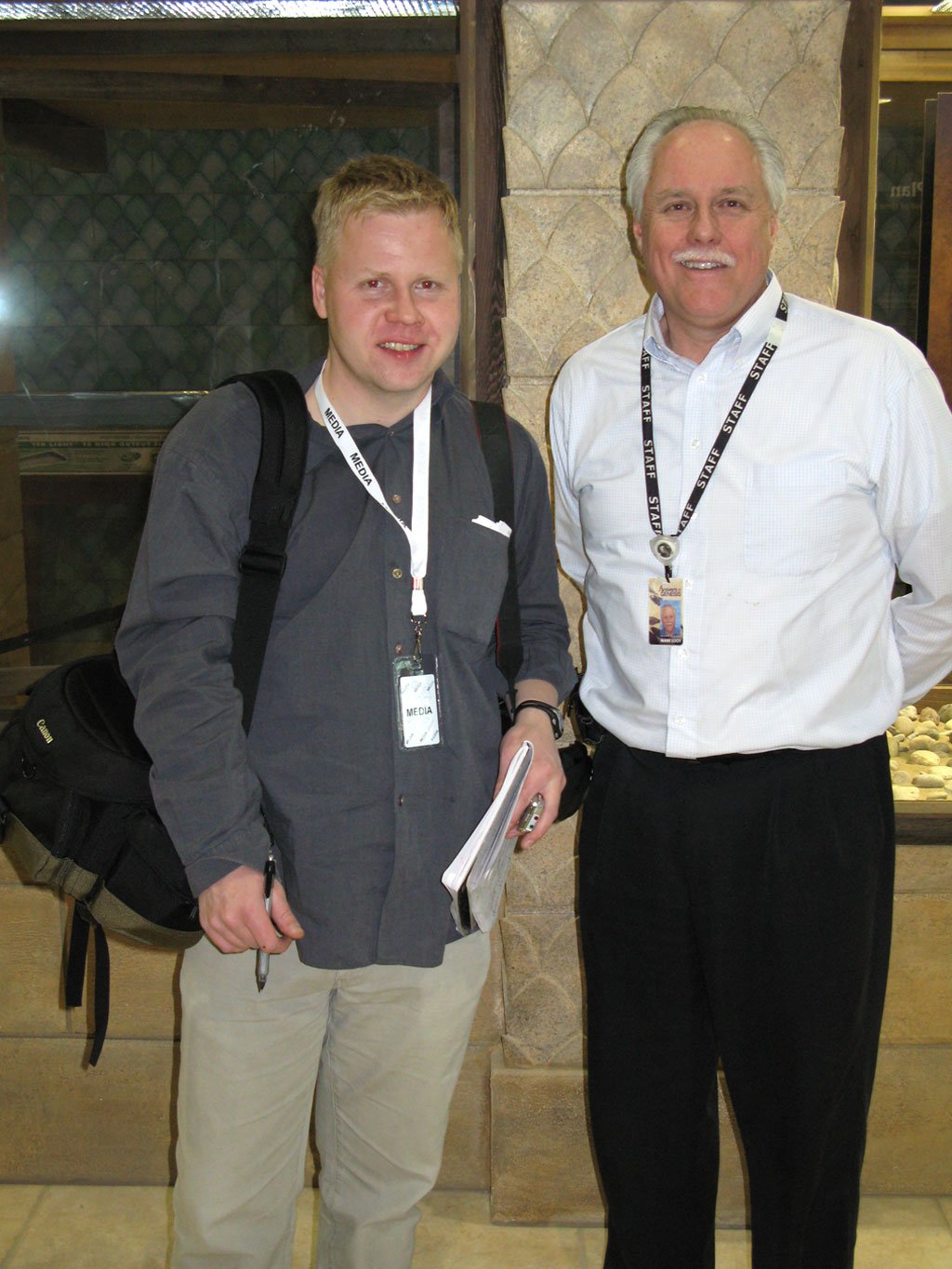 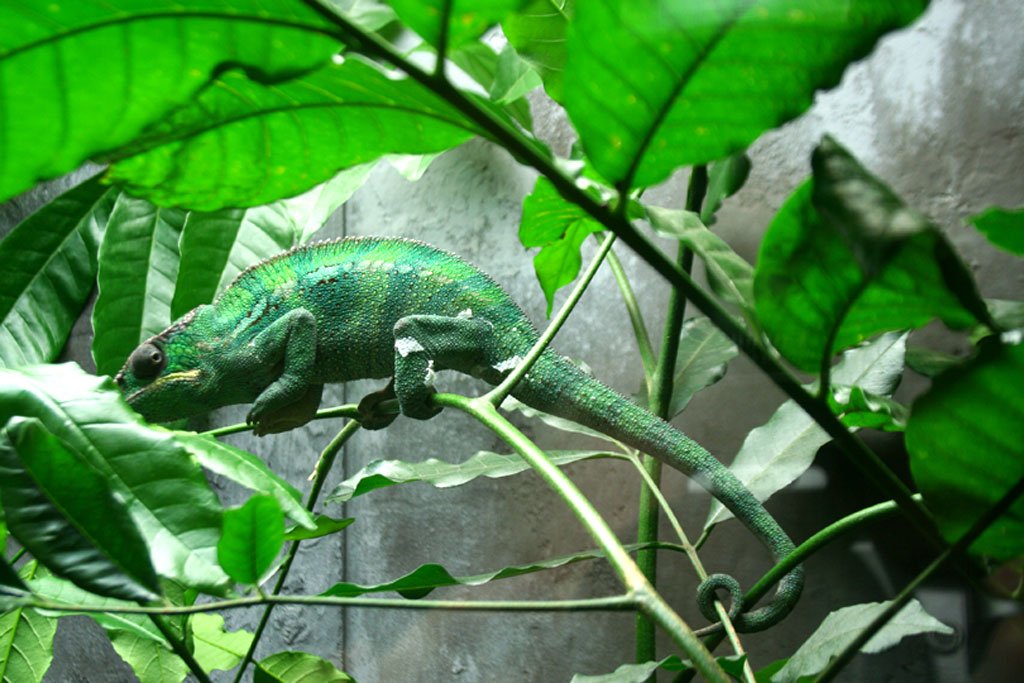