According to a news report:

The bacteria used for almost nine decades to make all the world's tuberculosis vaccines may have evolved to the point where it is almost useless in combating the disease, according to a new study involving Montreal's McGill University.

So what do these scientists mean by saying the bacteria evolved?

Later in the article they state: McGill researcher Dr. Marcel Behr says the organism may have lost key protective parts through evolution, but stopped short of saying it has no benefit.

The bacteria are still bacteria and have lost somethingthis is not molecules-to-man evolution, but the opposite of such a process. However, many gullible in the public will think these scientists have shown evidence for Darwinian "evolution." You can read the rest of the article at: http://www.thestar.com/News/article/191581

AiG has some great articles on bacterial resistance and mutations on our website that are worth reading to understand the sorts of processes evolutionists claim are evidence of evolution, but in fact they are the opposite of one would expect from molecules-to-man evolution. Use the search engine on the www.answersingenesis.org website.

Now Im using the word "evolving" in its correct sense! Changes are occurring at the Creation Museum as the pressure is on to get everything finished by the opening date. Ive enclosed a photograph of one of AiGs many sculptors, Stephanie, as she works on the "Rainbow Covenant" diorama to go in the Noahs Ark room.

Please keep praying for the AiG board as they meet. I am so thankful to God for such a group of Godly men who continually seek the Lords wisdom and direction in all the decisions they have to make. 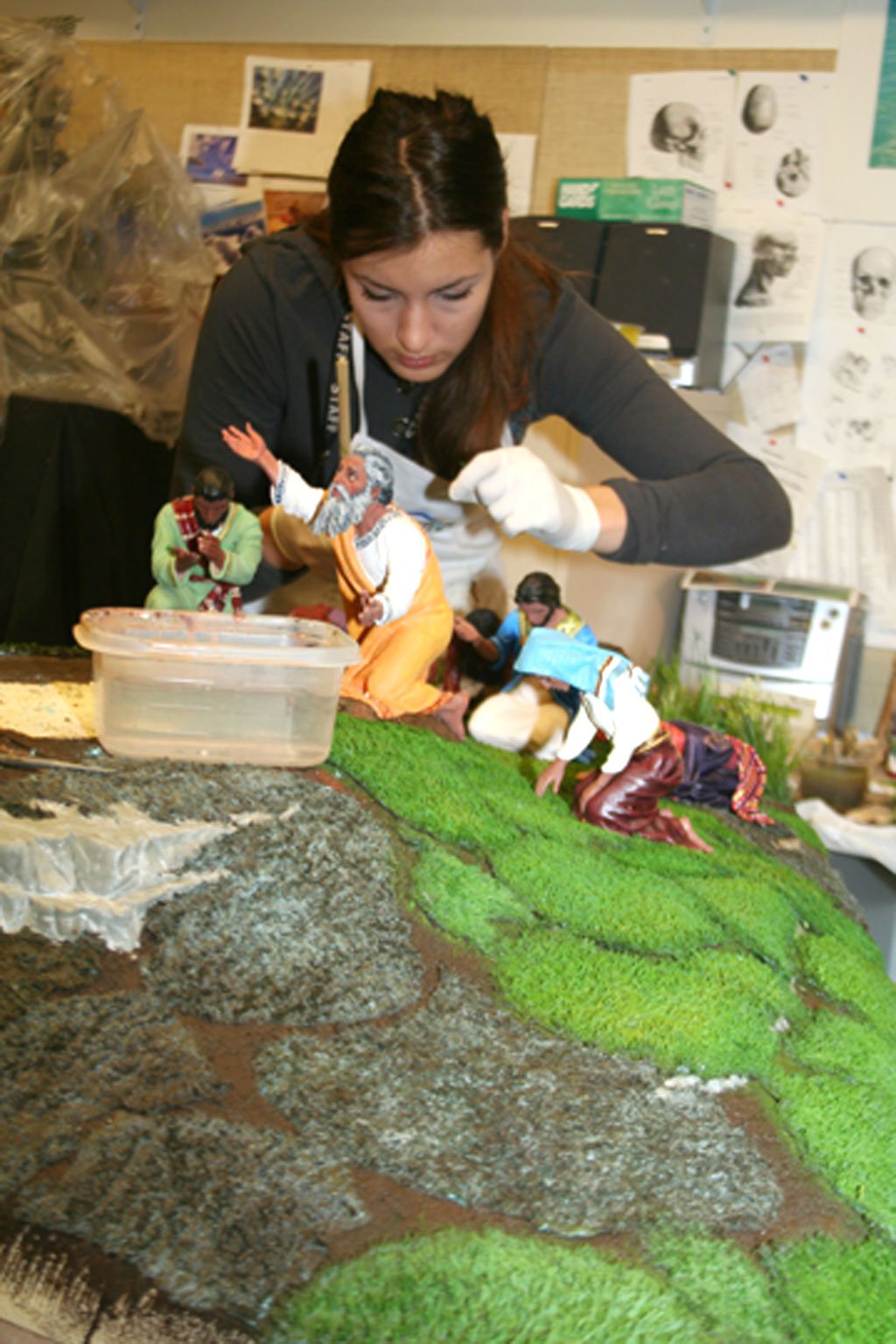 Previous Article Is a museum a church? Next Article AiG speaker in a "Hurricane"