AiG speaker in a "Hurricane"

Well, in the town of Hurricane in West Virginia. Here is a report from Dr. Terry Mortenson:

The time in Hurricane, WV, was profitable.After my dinosaur talk on Saturday night attended by about 100 teenagers, one boy told me he didn't want to come but his dad made him come. He said he was really glad he did and that he didn't know what to think about dinosaurs before the talk. He and his dad came for all the other sessions on Sunday too. A public high school teacher from a city an hour away brought her students to a choir competition on Saturday in the area. They came on Sat night to hear about dinosaurs and stayed all the way through the last session on Sunday. The teacher told me that many of the kids were non-Christians. A medical doctor told my wife that this was the first time he ever heard of AiG or these kinds of talks. He was so moved by the messages that he bought the library pack and Genesis of a Legacy pack and came back later to the book-tables (at his wife's insistence) for a subscription to the Answers Magazine and at the same time he encouraged someone else at the seminar to get a three-year subscription too.

Local Cincinnati Enquirer newspaper cartoonist Jim Borgman made mention of the Creation Museum in one of his recent cartoons. You can see the cartoon at (scroll down the page to see it): http://frontier.cincinnati.com/blogs/borgman/

It is thrilling at AiG to receive even short messages like this (it came through our radio feedback):

Just found you. Wow! Thanks. A great resource.

AiG's board of directors have been meeting this week---and finish up today. I've attached a photograph of the board along with the chairman's wife (Bev Landis) having breakfast in Noah's Café at the Creation Museum. 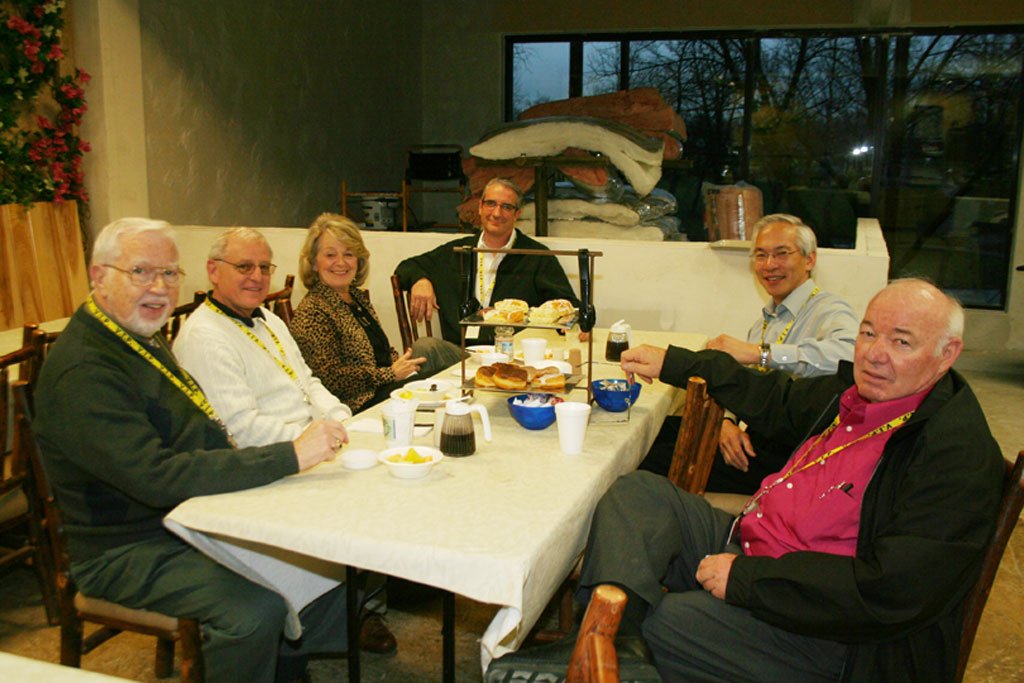