Faith in the other good book

"Faith in the Other Good Book" is the shocking headline in an article in New Scientist magazine concerning the Evolution Sunday event that occurred recently (see attached photograph of New Scientist article). Of course, I would like to ask New Scientist what they mean by the word "good" and on what basis they can decide what "good" means! 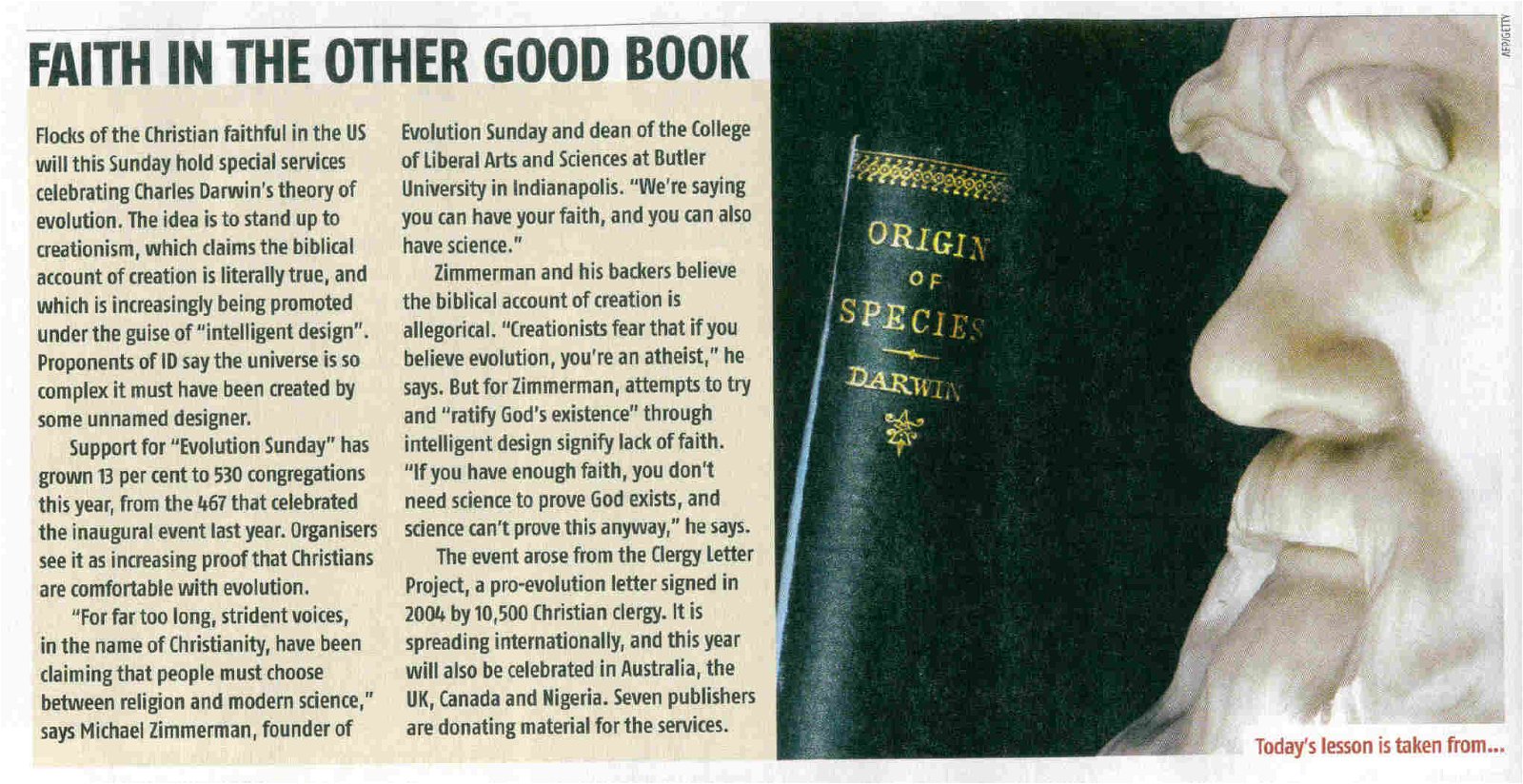 Really the battle between what secularists call their "good book" (Darwin's Origin of Species) and the true Good Book (the Bible) is that basis of the culture war in America (in fact most of our Western World) today.

The organizer of "Evolution Sunday," Michael Zimmerman, as far as we can ascertain, is not a Christian, and is probably an atheist. I recently had a discussion with Zimmerman on a radio broadcast—the interviewer asked Zimmerman many times as to whether he was a Christian, or to tell what he believed. He refused to answer the question. A Christian of course would not refuse to acknowledge they were of the Christian faith. Our research seems to indicate Zimmerman has nothing whatsoever to do with church. We suspect he doesn't want anyone to know his real beliefs, as some in the church might be horrified to find that it is an atheist who is trying to get the church to worship Darwin!

The staff of AiG today spent time praying (and fasting) bringing many praises and requests before the Lord. I've attached two photographs of some of the staff as they spent time praying today. Thanks to all of you who joined us for this special time of prayer. Our staff meet at 8:30 am each morning at AiG for prayer. You might want to put this time aside, also, to join us (wherever you are) as we bring our praises and requests to the Creator God of the universe. 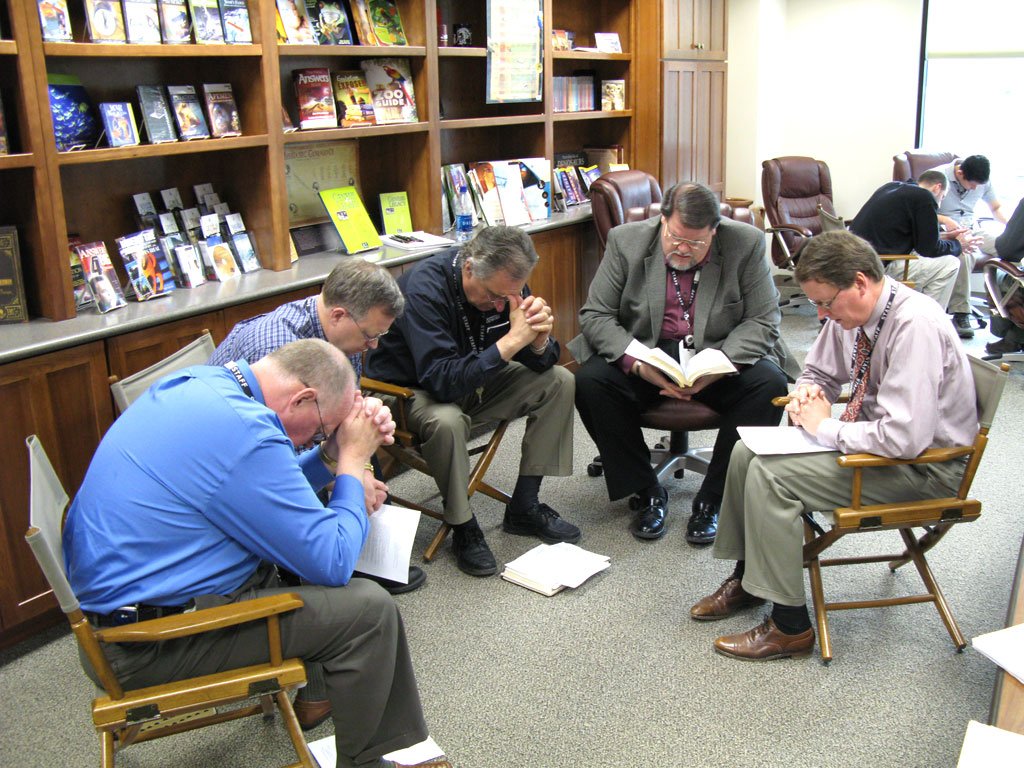 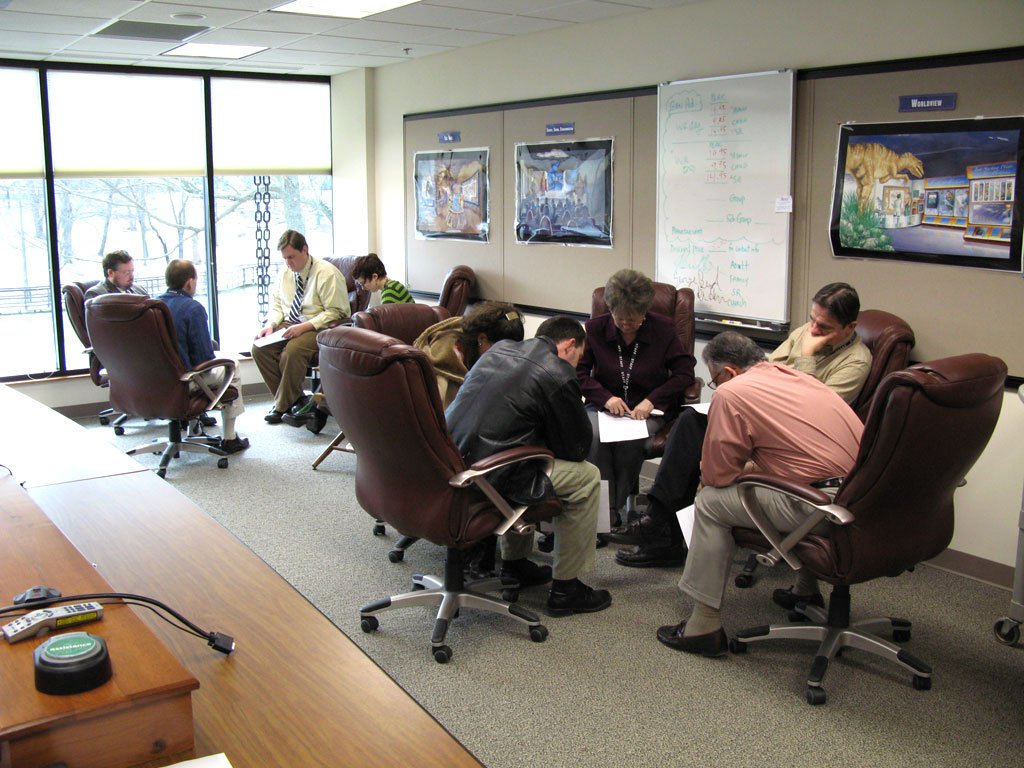 The Christian News and Media Agency published the AiG news item about the documentary regarding Jesus' tomb that appeared on www.onenewsnow.com.

AiG news items are highly respected in the Christian world and find their way into many different Christian (and secular) media outlets. You can read this news report at:

I've attached a photograph of Mike Zovath (VP in charge of Museum Operations) standing in front of the structure for the water feature in Palm Plaza. All the tiling was installed by a team of volunteers from Pennsylvania, who worked through the night last Friday to ensure this project was completed before they traveled home. Praise the Lord for the thousands of volunteers who have contributed to the Creation Museum. Other teams of volunteers are working this week on other projects—there is still LOTS to be done. 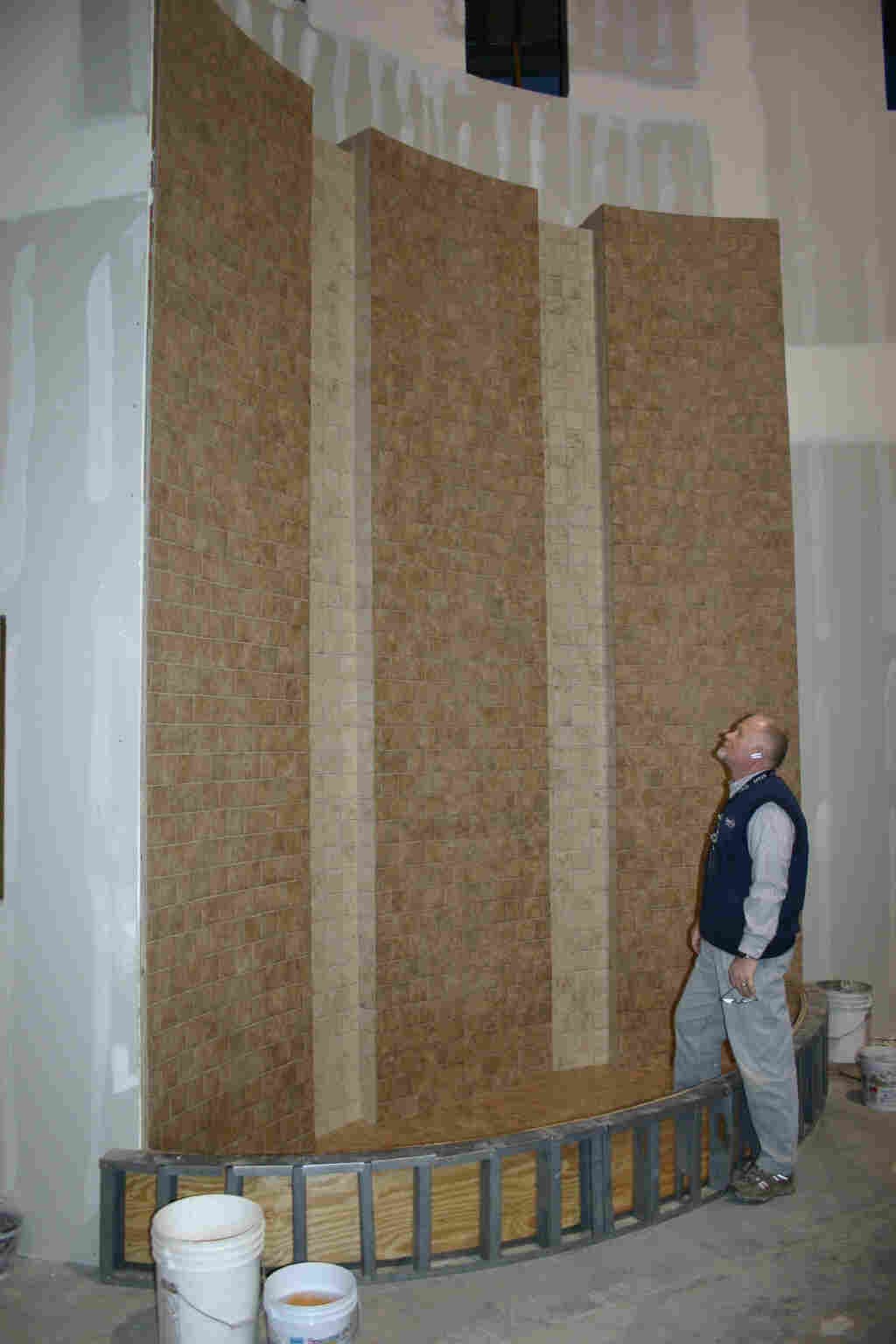