The most important item today is AiG's prayer and fast day. Further information can be found our prayer website. Please consider joining us today to pray for many items including:

AiG's sculptors are busy at work throughout the Creation Museum. The photo is of Jesse as he works on a dinosaur for the Creation Walk exhibit. 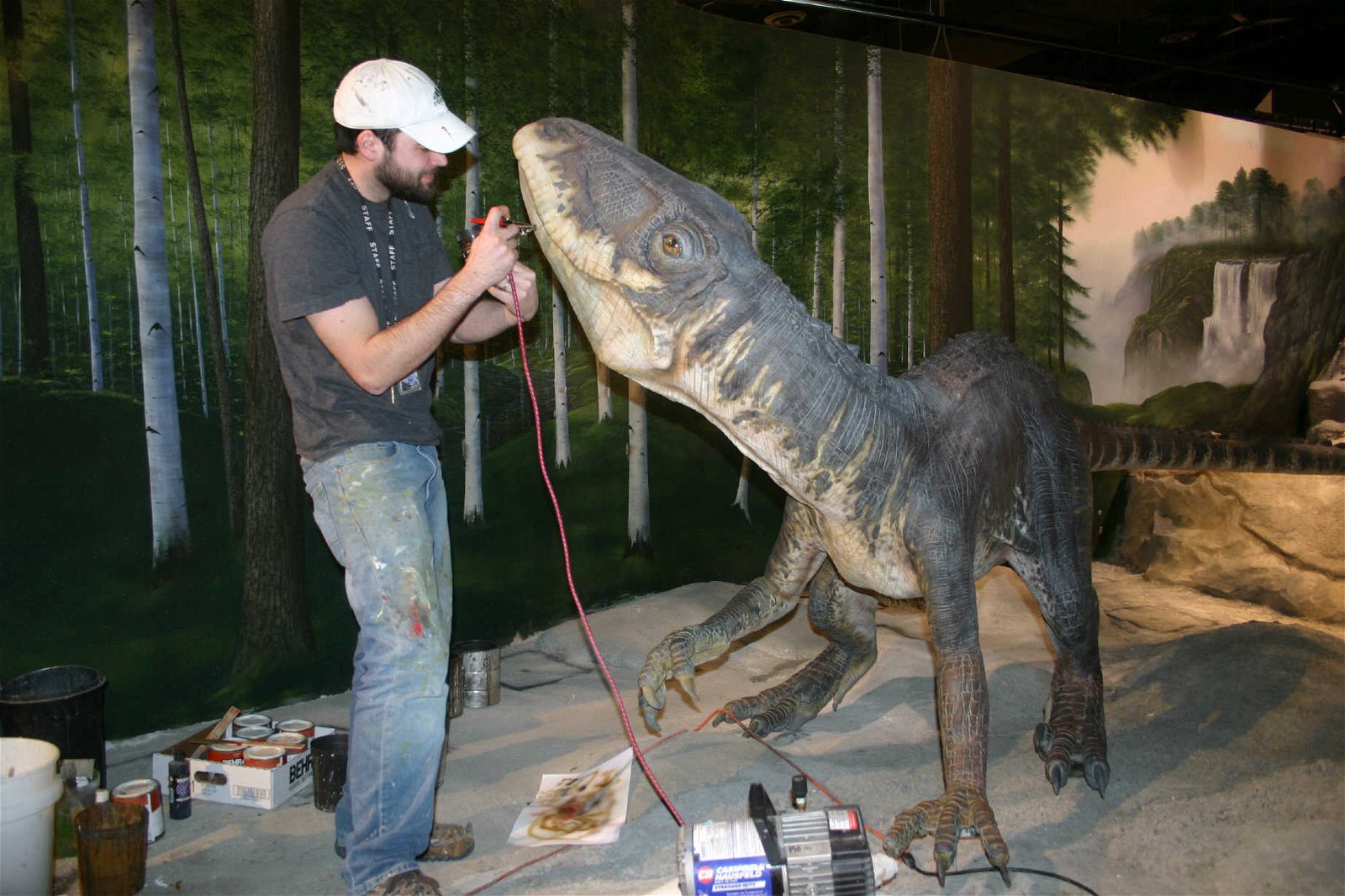 Today (Wednesday, March 7), CDR radio will feature an interview with me by Chad Bressen, recorded at the recent NRB conference in Orlando. The program can be accessed online as it airs today at 5:05 p.m. by going to CDRs website and clicking on CyberRadio, Listen Live. It can be heard any time after airing by going to the website (www.thepath.fm), clicking on Impact News, then Front Page, and selecting the calendar date of 3/07/07. The interview will remain on the website for a couple months before rotating off. CDR is also airing a talk I gave at a Worldview Weekend for their chapel program today (you can listen to that also).

Here are media contacts we had Tuesday:

Thanks for stopping by and thanks for prayingwe really need more and more people to be praying for the AiG ministry and Creation Museum.

Previous Article What are cavemen? Next Article Faith in the other good book