You may recall my blog item about Bill Maher (of HBO fame) and the elaborate deception set up to sneak him into the AiG building to interview me. Well, I thought you might be interested in reading an actual quote from this man who attacks the Bible and the Christian faith:

The Bible is full of a lot of violence. I mean, God in the Old Testament is a psychopath. He just kills, kills, kills, for no reason, good reason, bad reason. He's jealous. He just wants to kill.

We need to pray for Bill Maher.

Hi, Buddy: Just wanted to drop you a line and let you know how much our listeners enjoy your CD's. The most requested songs from "7 C's of History" are Godly Men, I've Got a Warm Heart, Seven C's of History, and Joyful Feeling. We have had over a dozen listeners call and want to know how they can get copies of your CD's and we have directed them to your website. Your music is featured during our Master's Kids show on Saturday mornings. Thanks for great music that teaches the kids so much about the Lord! Our listeners are "hungry" for the materials we receive from them. The radio broadcast is very well received. Thank you again for your music.

CREATION MUSEUM IN THE NEWS

One News Now (previously known as Agape Press) produced a press release on the Creation Museum. It begins:

Scripture-affirming Creation Museum set to open in June A state-of-the-art museum dedicated to the biblical account of creation will open this spring in Ohio. The 50,000-square-foot Creation Museum, which is located in the Greater Cincinnati area, is scheduled to open its doors on Memorial Day. The Creation Museum is a project of Answers in Genesis (AiG), an apologetics ministry based in Kentucky. The new attraction will feature many educational displays, including life-size dinosaur models, fossil and mineral collections, and other live exhibits designed to teach and to proclaim the authority of biblical scripture. Ken Ham, president of AiG, says the $27-million project will be more than just entertaining. Its as good as anything Disneyland or Universal Studios could do, but its not entertainment; it's 'edutainment,'" he insists. "It's education, using these exhibits.

To read the entire article, go to their website.

I have enclosed two photographsone from the Biblical Authority room showing part of the Scopes Trial exhibit; the other photograph shows some of the Birch trees being positioned in the Creation Walk exhibit. 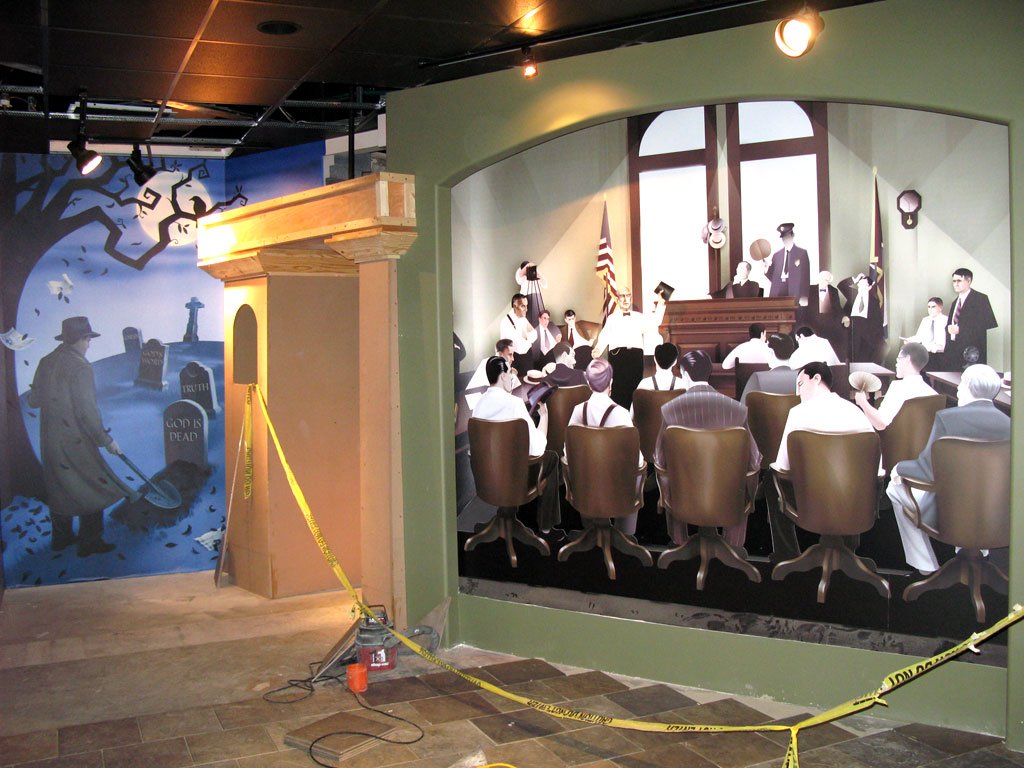 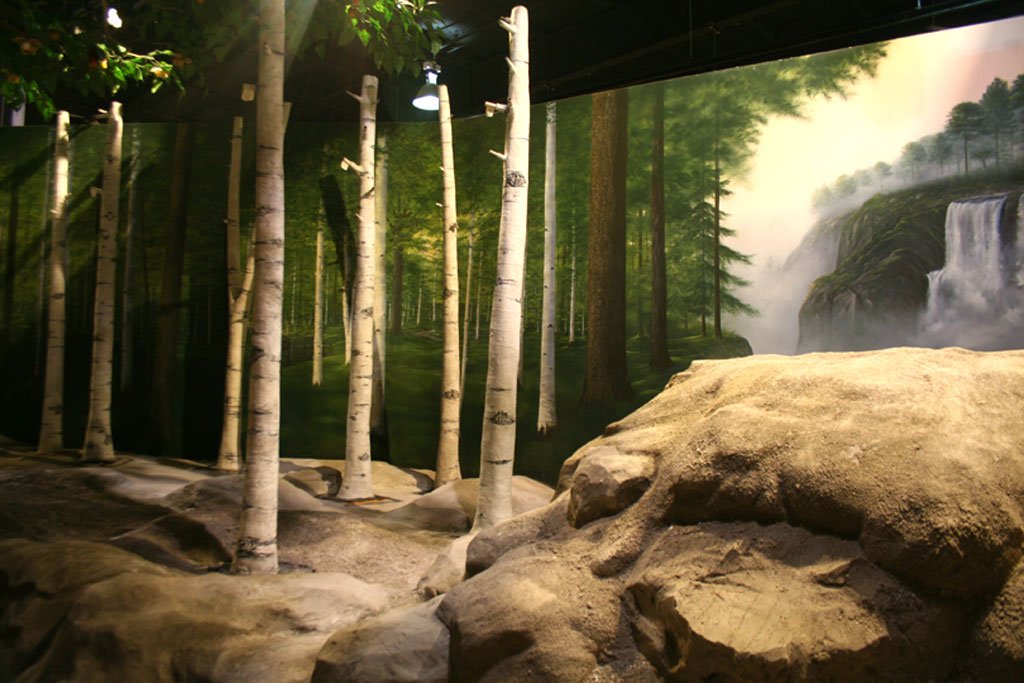 Previous Article AiG's cartoons in Swedish Next Article Christ born of a gorilla?