Once again, various churches and pastors across the USA are signing up for Evolution Sunday basically a day to praise Darwin. The number of churches is really not that large (an average of 12 per state). This is also a part of a project to get clergy to sign a letter supporting evolution. University Professor Michael Zimmerman, Dean of the College of Liberal Arts and Sciences at Butler University in Indianapolis helped prepare this letter. Interestingly, I ended up on a radio program with Michael Zimmerman this past Wednesday. I thought I was being interviewed about the clergy letter, but ended up on a program with Michael Zimmerman. We had an interesting discussion. However, Michael Zimmerman did agree if one takes Genesis as literal history as we do at AiG, then one cannot fit this with Darwinian evolution.

From the Evolution Sunday website we read the following:

On 11 February 2007 hundreds of congregations from all portions of the country and a host of denominations will come together to discuss the compatibility of religion and science. For far too long, strident voices, in the name of Christianity, have been claiming that people must choose between religion and modern science. More than 10,000 Christian clergy have already signed The Clergy Letter demonstrating that this is a false dichotomy. Now, on the 198th anniversary of the birth of Charles Darwin, many of these leaders will bring this message to their congregations through sermons and/or discussion groups. Together, participating religious leaders will be making the statement that religion and science are not adversaries. And, together, they will be elevating the quality of the national debate on this topic.

You can find out more about this (and see a list of churches that signed up).

I thought you would also be interested to see a news report from Cadillac, Michigan giving details of a local church who signed up for Evolution Sunday. The report begins:

CADILLAC Bill Hirschfeld is a respected scientist with a Ph.D. in biology. He is also a man of God, pastor of the First Congregational Church, United Church of Christ in Cadillac. On Sunday, Feb. 11, he will observe the second annual Evolution Sunday by discussing his view that modern evolutionary science and Christianity are compatible. You don’t have to make a choice between being a Christian and believing in evolution, Hirschfeld stated.

You can read the entire report.

The Creation Museum doesn’t open for another four months (May 28th is first day open to the public) and yet we are already under a "media blitz" at AiG. Today I spent a couple of hours with a team filming for a documentary. They also interviewed Dr. Jason Lisle. Yesterday I spent quite a long time with an Associated Press reporter and was interviewed by a Christian radio station. We’ve been receiving a couple of media requests per day recently—mainly from secular media. I travel to St. Louis on Friday—not only will I be speaking Friday night, but I will be interviewed for a documentary in the afternoon and video taped by a different group for a documentary at the evening program!

This Friday evening I will be speaking at a Worldview Conference in St. Louis—we then drive to Arkansas where I will speak at a similar conference Saturday evening. For further information on these conferences, go to our events page.

I’ve enclosed three photographs: two of the Ark Exhibit and one taken in the Biblical Authority room. 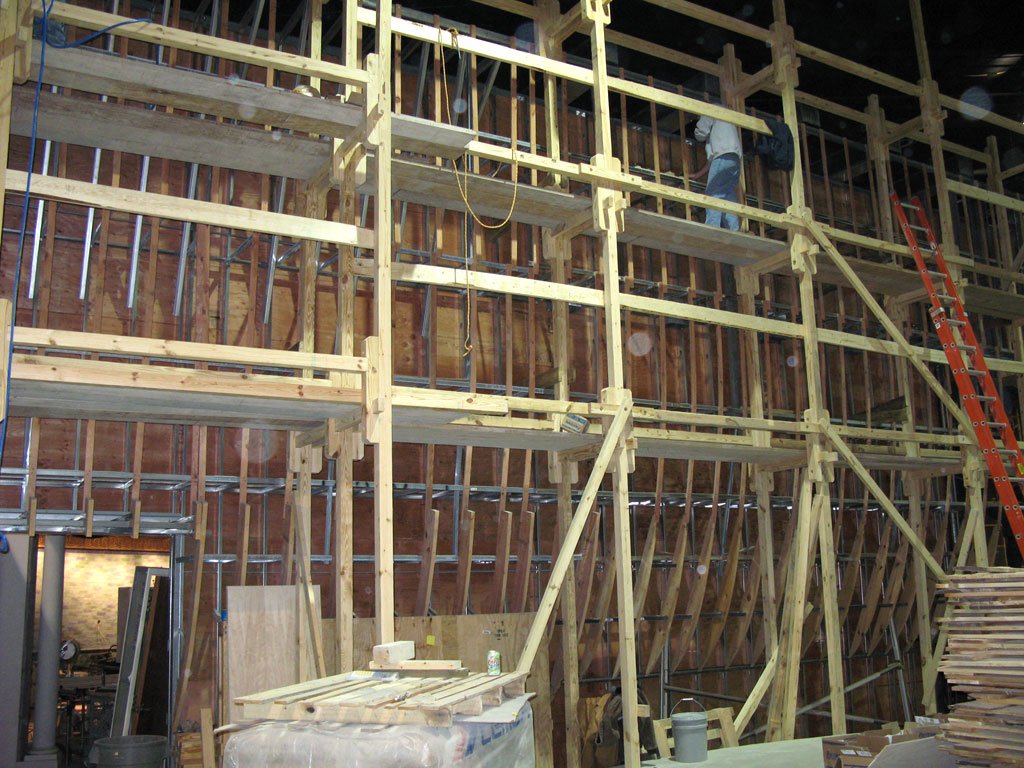 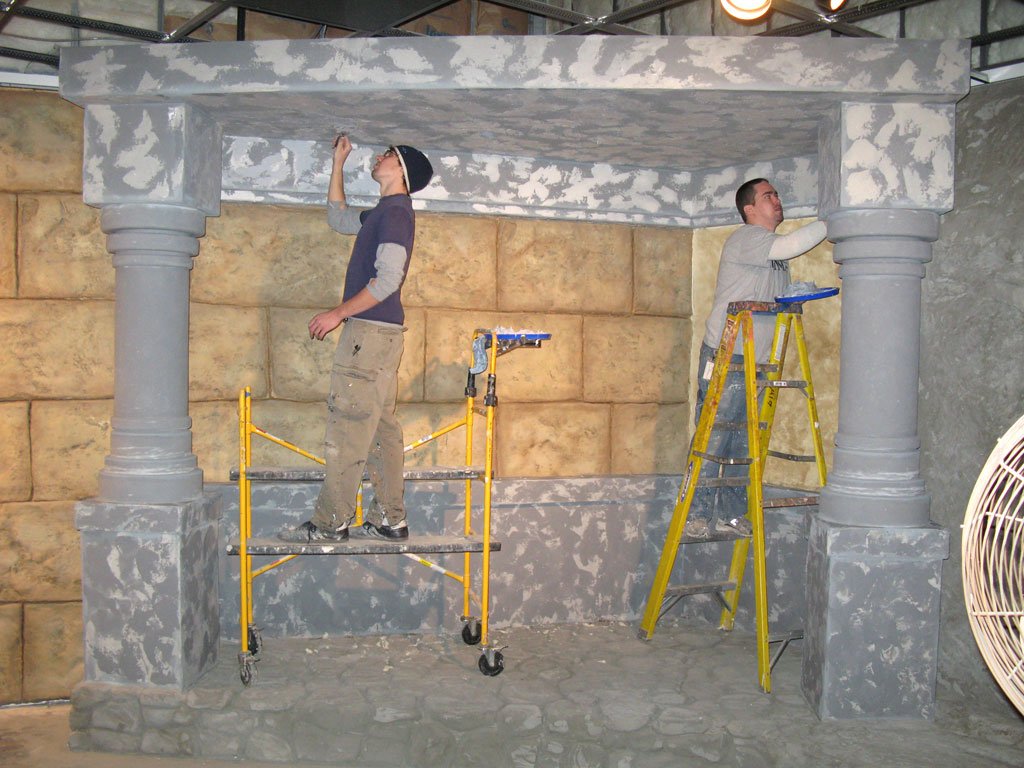 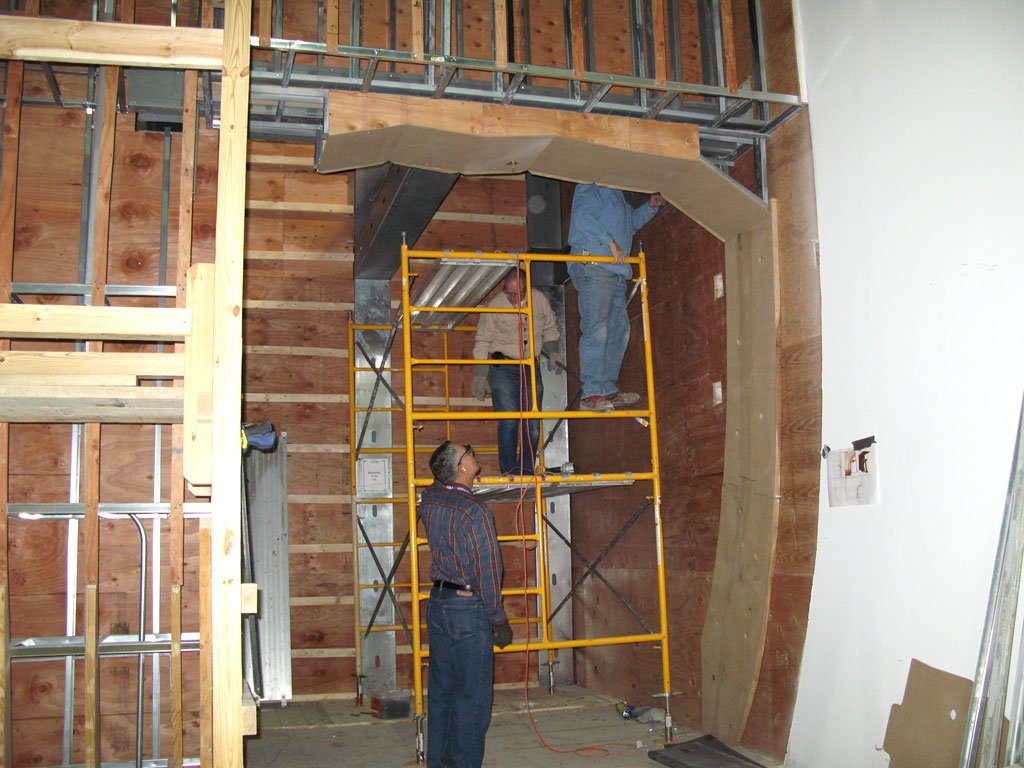 I attend Calvary Baptist Church in Beaumont,TX where an Answers In Genesis event was held. I was truly blessed at the eye openers. Thank you so much for all of the hard work you do and it truly glorifies God. I have children, two of which are teenagers, and they left the conference so pumped up about knowing the flawless truth of Genesis 1-11. They have books and resources from the conference to share with their friends who still struggle with Evolution. GLORY TO GOD!!! We are so looking forward to the museum opening up. We will make a family trip of it. Thank you again for being so totally wrapped up in our Wonderful Lord and Savior, Jesus. Have a blessed day.

Thanks for stopping by and thanks for praying,
Ken
Previous Article HBO’s Bill Maher and the plot to deceive AiG Next Article Back at church, thanks to AiG