We recently reported on our website about the documentary called Friends of God that was aired on HBO. Read our review of this documentary that featured AiG for a five minute segment at Friends of God a somewhat friendly look at AiG and other ministries. On Thursday January 25, 2007, a review of this documentary appeared in the Washington Post. This is what the writer stated concerning the segment that featured Buddy Davis and me:

They call it a culture war, Christians vs. "the secular progressive movement" (a phrase favored by Bill O'Reilly, Fox's nut-in-residence), Christians vs. abortion rights advocates, and Christians vs. science. Ken Ham and Buddy Davis indoctrinate children in the precepts of Creationism, which claims, among other things, that Job (as in the Book of) lived among dinosaurs and that those dinosaurs roamed the earth mere thousands of years ago---not millions.

Well, as you can see (and is usually the case with the secular media), they certainly mock those who take Gods Word as truth beginning in Genesis! You can read the entire Washington Post article on their website.

Recently, we received our first electric wheel chair for use in the Creation Museum. At about the same time, AiGs VP in charge of the Museum had a problem with his ankle (actually, old age is creeping up on Mike Zovath and his body is degenerating! As I tell him, its all because of sinoriginal sin in Genesis!), so Mike was able to try out the chair as he moved around the Museum Construction. Ive enclosed a photograph of Mike and the new electric chair. Mike is back on his two feetfor now! 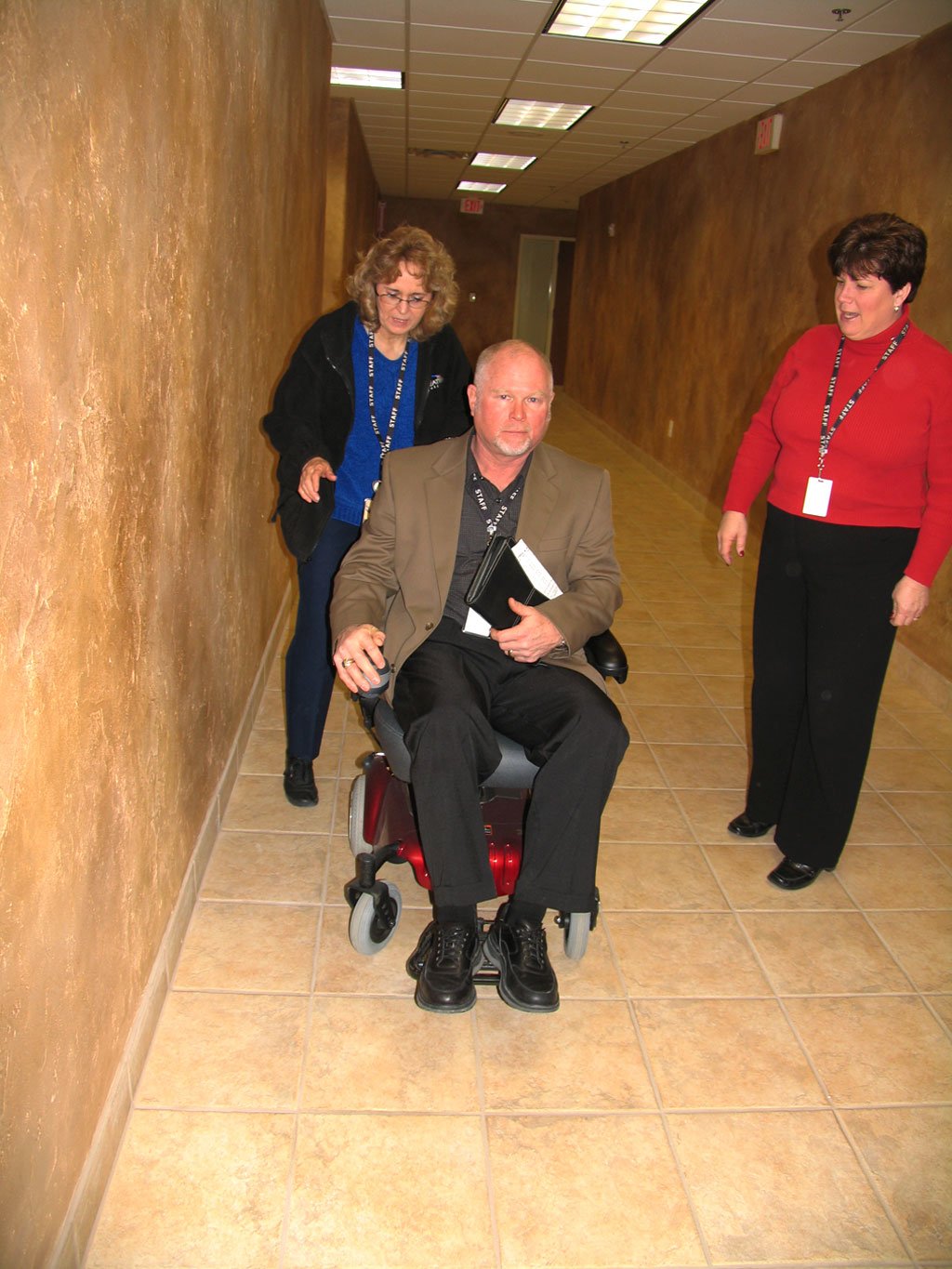