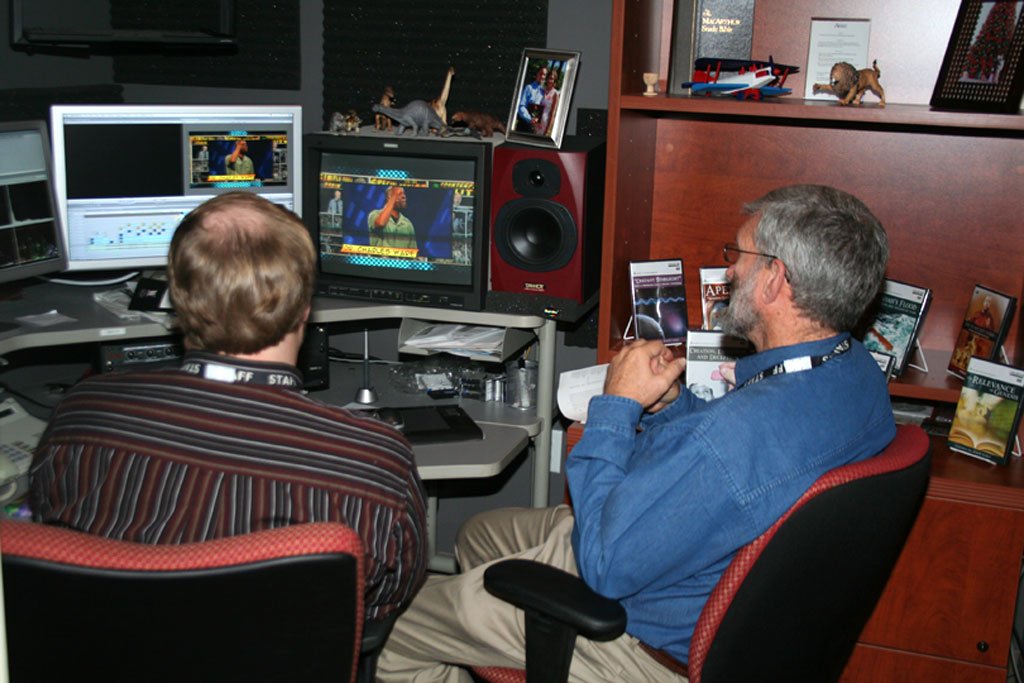 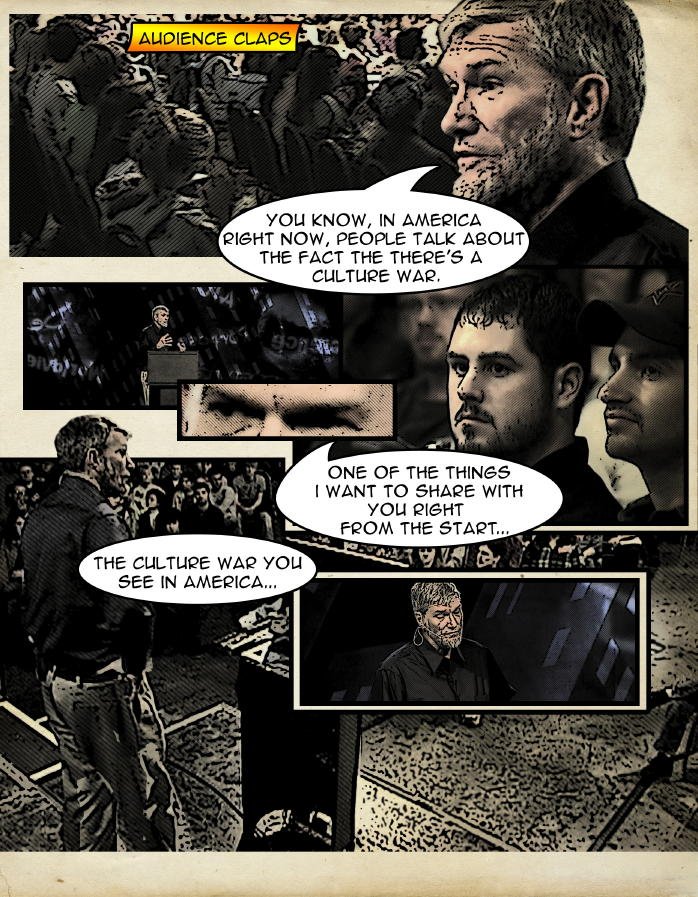 This past week, Paul Varnum, who heads up AiGs video department, gave me a look at a cutting edge video production (13 videos featuring a number of speakers) for teenagers called Demolishing Strongholds. AiGs video crew filmed the speakers at our Demolishing Strongholds conference this past yearand the video team are turning this into the most cutting edge production of its kind Ive seen.

I have enclosed a photograph of Paul and I viewing the series, and another showing just one of the many types of unique graphics used throughout the programs.

This is going to be a very popular series reaching out to the teenshigh school and college age (it will also be great for adults) dealing with worldview issues, creation/evolution etc. Keep a watch out for announcements concerning the release of this exciting video program.

An AiG supporter has begun her own billboard outreach to challenge people concerning the creation evolution issue. Worldnet daily reports:

A Minnesota woman who once thought creationism "was absolutely nuts" has bought a billboard in downtown Minneapolis and one in Duluth aimed at stirring debate over evolution. The messages  which cost about $10,000 each  point passersby to a website  WhoIsYourCreator.com  where a case is made against Darwin's theory.

You will be interested to read what she is doing at this link: WorldnetDaily.com.

Well, Im sure you are all getting ready for Christmas as we are. My wife told me the traffic was terrible today in our home town of Florence with people everywhereit was a great example of survival of the fittest!!

DONT FORGETYOUR END OF YEAR GIVING NEEDS TO BE SENT (POSTMARKED) BY DECEMBER 31 FOR A 2006 TAX DEDUCTION. You can donate to AiG (either the general ministry or Creation Museum) at: AnswersinGenesis.org/donate.