I want to take a moment and say a word of appreciation for my friend, Dan Lietha. As you know if youve been following the blog over the last two weeks, we here at AiG have been blessed to hear Dans testimony during our morning devotion time. Dan has been a vital part of this ministry for many years. He communicates powerfully with his drawings, illustrations, and cartoons. His talents have been utilized by all the speakers at AiG. Our presentations would not be as effective without his artwork.

I was reminded of the time when we first met (many years ago it seems) during one of my familys first visits to the AiG offices. My daughters, who had been captivated by his cartoons, were so excited to meet him! He was gracious and extraordinarily generous with his time, talking with them and answering their questions. He gave them each a gift, a personal copy of some of his artwork. Even today, these are treasured items in our home. Here is a photo of my girls with Dans gifts. 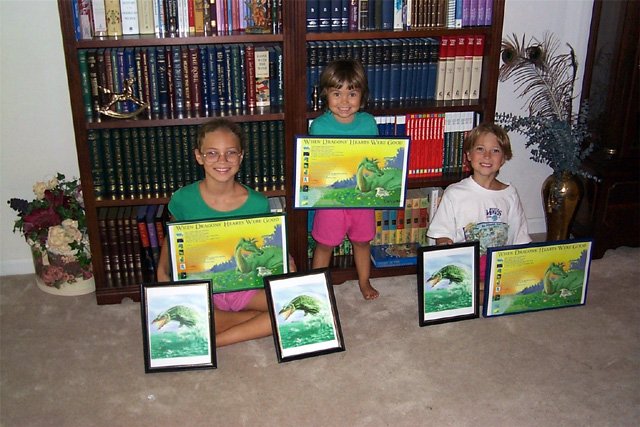 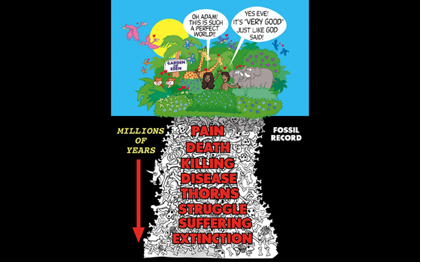 People use our resources in a variety of ways... here is a note one of our staff received from a teacher in Morgantown, WV.

I am writing you concerning our conversation at the Dayton, Ohio, ACSI convention just recently. You asked me to email you with information on how I use the AIG video and streamline video in my classes. I teach middle schoolers from grades 5-8. Every Friday is AIG Friday (except when I am going through a whole AIG unit of one of the many topics).

The method I use in class is very basic and is as follows:

I have listed many ways in which I have been honored to use your wonderful resources in my classes and church. This list is not exhaustive, as I am always looking for more ways to effectively share the message of getting "Back to Genesis." This email cannot do justice to how my students have fallen in love with the ministry and the growth I witness in their faith as they are taught evidences for the truth of Scripture. Through AIG I am able to watch generations be equipped to defend and share their faith from a Biblical worldview. I know we are not just building their faith, but securing it as well. Thank you for all of your hard work for the Kingdom. May God continue to bless you abundantly according to His riches in glory in Christ Jesus.

Here in the United States, people remember December 7th as that "day in infamy". Mike Riddle's dad served in World War II and sent this to Mike yesterday.

Just thought I'd drop a few lines about tomorrow. It will be "A Day in Infamy, 7 December 1941," the beginning of America's involvement in World War II. Being as the last known veteran of World War I died a couple of weeks ago, the focus turned completely to those who served in World War II, whose ranks are now diminishing to several thousands. The last two who served with me have now met their demise; I kept in touch with them ever since we parted, physically, in 1946, and I have been unable to contact any other former buddies.

It wasn't long after that I enlisted in the Navy, served aboard ship throughout the Pacific area, hitting a number of different places including the Philippines, Iwo Jima and Okinawa (no fun, I tell you) and, fortunately came through without a scratch. A number of friends were lost in those battles, some in the Navy, some in the Army and some in the Marines.

Many, many days and nights were without very much sleep at all, and a lot of us practically lived on coffee and sandwiches during battles and invasions, while listening to the boom of big guns and the rattle of machine guns, we were that close to the shores. Air raids should have caused a lot of gray hairs, especially when we experienced close calls from bombs, Kamikazes (suicide planes), and Bakas (suicide boats) at all places.

It was somewhat of a thrill to me when my ship was not too far away from the USS Missouri when the Armistice was signed and I, and my shipmates, were able to view the proceedings. We then visited Korea, Shanghai, Hong Kong and a few other places, where "peace" was celebrated for many days after the shooting stopped. The QUIET of peace was kind of strange for several months. But, it was there and we finally became accustomed to it.

So, if you just happen to be watching any TV movies tomorrow pertaining to World War II, think of me.

(Editors note: for those of us who have fathers or grandfathers who fought in World War II--on either side--an excellent book to read is Tom Brokaw's "The Greatest Generation" and his follow up book, "The Greatest Generation Speaks". These books offer incredible insights to the men and women of that era... those we call Mom, Dad, Grandma or Grandpa)

Have a blessed day!

Previous Article Guest blog from one of AiG's newest speakers Next Article AiG in Dunlap, Tennessee