So far, around 1,500 registered for the conference in Saltillo, Mexico at which I am speaking 7 times (plus two long question and answer periods). The organizers say they traditionally get more people on Saturday. The simultaneous translation is unbelievable. People say they see me out the front, but hear my lecture in Spanish---from a few rows back they say it looks like I'm just speaking Spanish! Some who speak English and sat on the front row and could hear me in English (I spoke without a microphone so people really only hear the Spanish translator), say that the translator is phenomenal---he is just a second behind me and translates so beautifully---so fluent and so accurately. The translator told me he believes this ability is a special gift from the Lord so he can do what he was doing today to get the Word of God out to people.

One man came up and pleaded with me to go to Honduras---he said he would have no problem getting 2,000 people to a conference. Other people from various countries in Central America etc., pleaded with me to come to their country.

One boy who is 9 years old, speaking through an interpreter told me he loved the lectures and he wanted to be a creation paleontologist. He asked where he could go to study so they didn't teach him to believe evolution. My heart went out to this young man---we just have to pray that somehow the Lord will provide a way for him to study at the right place.

I received so much positive feedback---and people ravaged our book table. I pray the Lord will enable us to get a LOT more Spanish material. People came from ALL over Mexico---these messages that were recorded on CD (and our AiG Video team is recording on DVD as a special missionary venture) and the books will go all across Mexico. What an opportunity the Lord has entrusted to us. The audience ranged from extremly poor people who have virtually nothing to fairly wealthy people and EVERYWHERE in between. Because of the type of audience, we discounted all our materials by 50% (and we will help people with special needs to ensure they can get what they need).

I have enclosed some photographs of some of the crowd---and one of AiG's Paul Varnum and Ben Wilt as they video taped the conference---we shipped a lot of equipment down to ensure we get quality videos we can supply in Spanish. The simultaneous translation means these will be extra special programs for the Spanish speaking world. 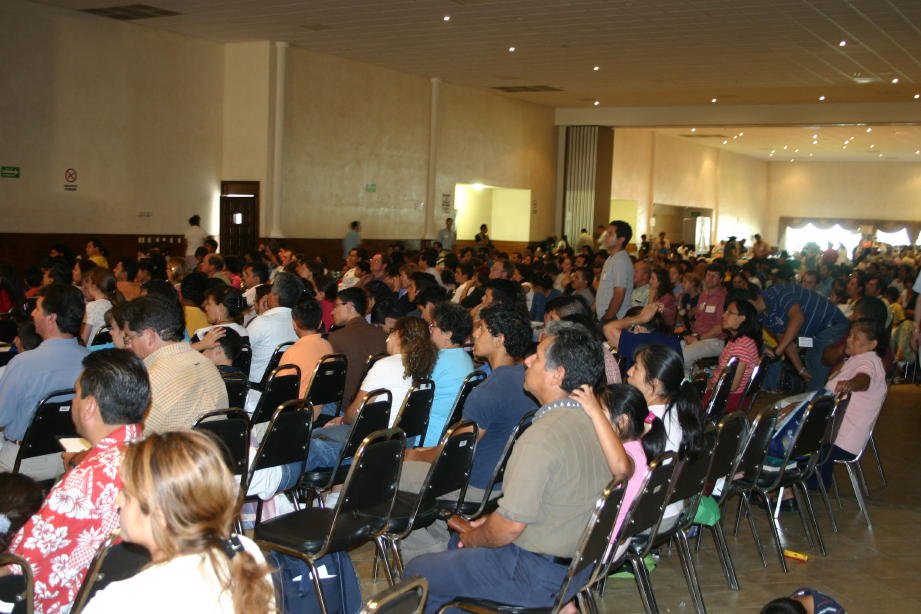 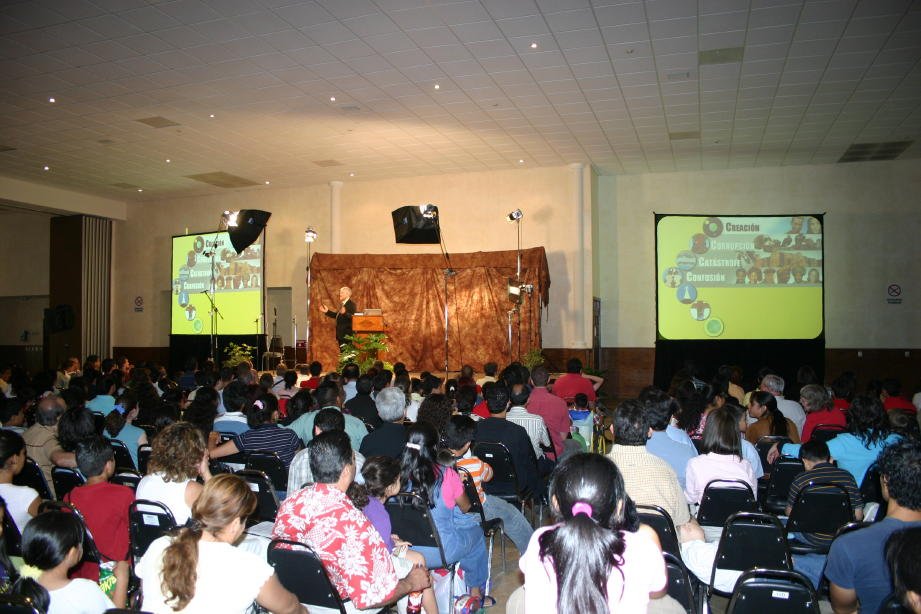 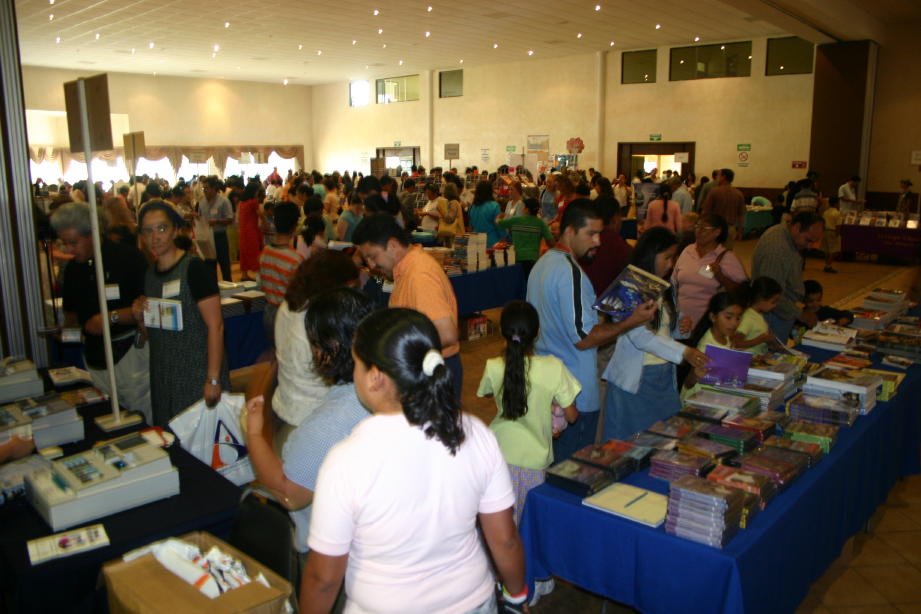 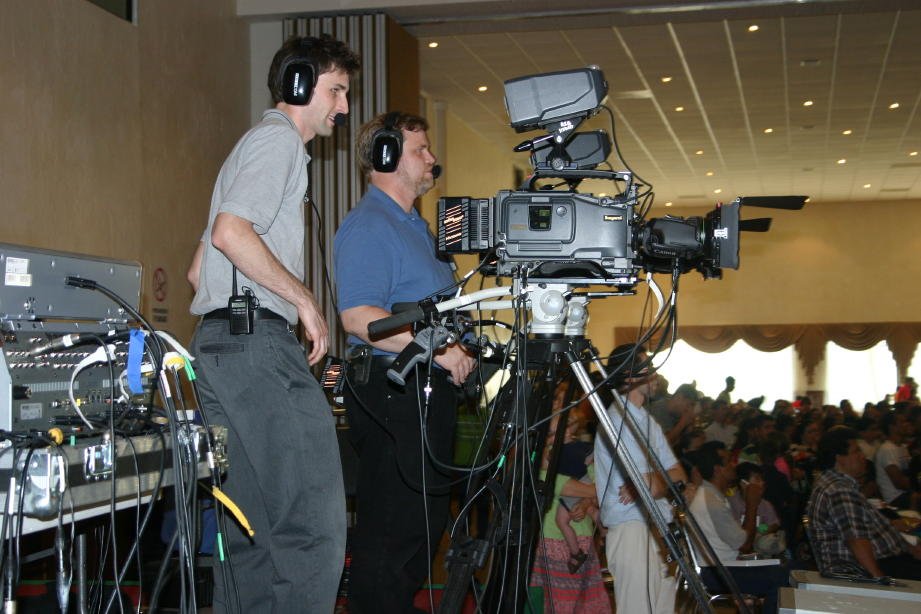 Continue to pray for this time please.

I won't have access to email again probably until Monday evening. On Saturday night, we are travelling 2 hours into the mountains where they don't even have electricity, to stay with a missionary family and speak at a small country church, mainly attended by very poor people.