Answers radio in Hindi and Gujarati

Dr. Crandall sent this exciting report from Australia (he is currently in Australia at the end of a number of speaking engagements):

Hi Ken: I wanted you to know that today I met with a man from India who has a radio brodcast that reaches 1.4 billion people in India. He is with an Australian church and will be using your 90-second radio broadcast---he will translate into Hindi and Gujarati languages. It was a providential meeting today---and it takes your message to potentially 1.4 billion people. He just happened to be visiting here at the same time I was here---isn't that just like God!

This is good news from Australia. I love your home town. David Of course Mally and I feel homesick when he mentions our “home town”---the city of Brisbane. 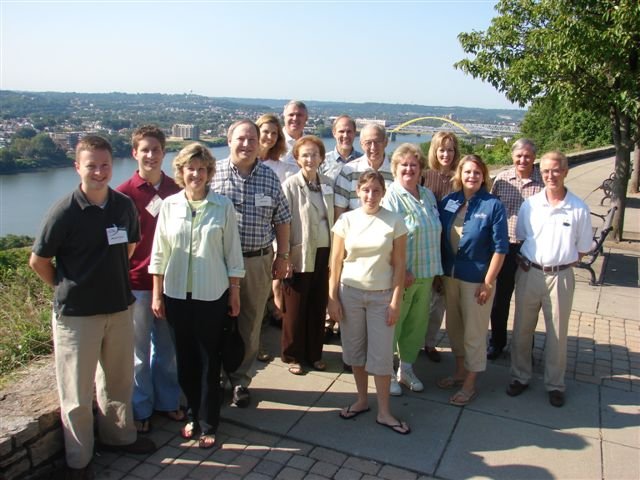 The Garden of Eden must be in Cincinnati, near the Creation Museum, as one of the well known parks in the area is called “Eden Park.” Last weekend, some ministry friends from a few states joined us for a tour of our Cincinnati metro area---and also paid a visit to the Creation Museum (a few miles to the west of Cincinnati). One photo, taken from Eden Park in Cincinnati, has the Ohio River in the background, with Newport, Kentucky in the rear. Two of the families went with me on an AiG raft trip through the Grand Canyon a few weeks ago, and they, along with other AiG supporters, wanted to check out the progress of the museum construction.

Please continue to pray for the Mexico conference.