Reaching Kazakhstan with the creation message and the gospel

This past Thursday morning at AiG, Dr. Werner Gitt from Germany gave an inspiring report on his recent trip to Kazakhstan. Even though this had been a communist country, Dr. Gitt was able to speak in schools, universities, churches and other places, presenting not only a message on creation as opposed to evolution, but also being very upfront about the gospel of Jesus Christ. Quite a number were saved. Dr. Gitt had more freedoms in this country to present the gospel than Christians do in America!! I have enclosed a photograph of Dr. Gitt as he gave his report and one of Dr. Gitt and me taken after the meeting. 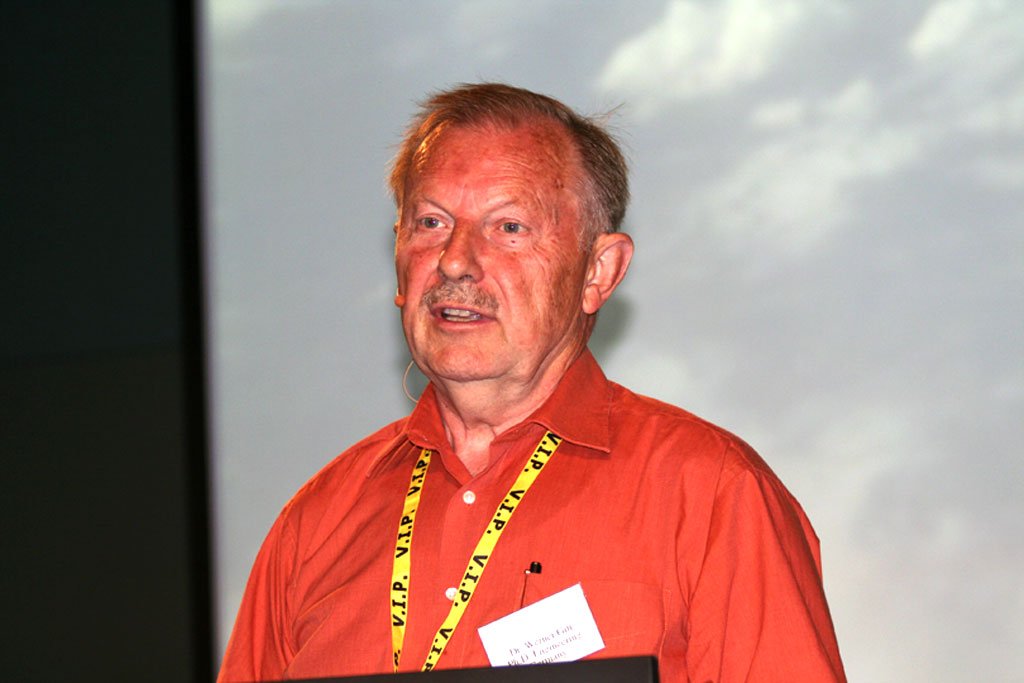 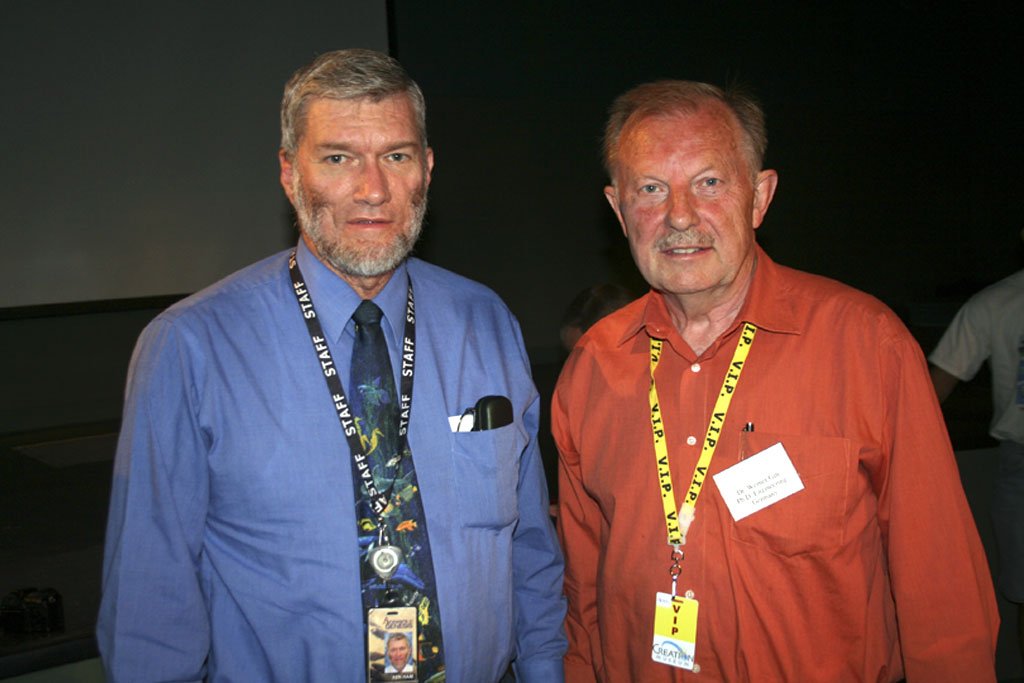 You will be greatly blessed by his spine-tingling report! You'll be able listen to the presentation on Monday morning.

Today, Answers in Genesis and Master Books began sending out a press release concerning a book signing I will be doing at Berean Christian Bookstore at the Cincinnati Mills Mall on July 29th. I will be signing copies of the new Genesis of a Legacy. You can view the pdf here.

Today a number of our staff and I were privileged to see the finished 20-minute planetarium program produced by Dr. Jason Lisle. WOW! Dr. Lisle did an outstanding jobeven working out how to do some special effects that the program for the projector system was not programmed for! There is no doubt that the planetarium will be one of the "star attractions" at the Creation Museum (excuse the pun!).

Today I spent two hours with a reporter from the Cincinnati Post. He was very cordial and asked some very tough questions. He (like two other reporters this week) interviewed me concerning the new Answers magazine. Of course, we also talked about the Creation Museum and AiG ministry in generalbut Answers magazine was the main focus for this interview. I explained that the reason we have such a magazine is to disseminate more information to people so they will be challenged and equipped concerning the truth of Gods Word.

Pray for the fundraising banquet at AiG on Saturday. Less than $4 million to go to finalize the funding of the Creation Museum and open debt-free next April.