A Fantastic Day at AiG

On Saturday, we had a Staff, Volunteer and their families picnic at the AiG headquarters. What a great day. Museum staff member Sam Dingus organized a fantastic day for everyone. We were concerned about the weather, but the Lord allowed us an overcast day that actually kept things fairly cool--what a blessing. While we were all having great fun and fellowship, our Illinois Homeschool group continued to work hard all day on many projects around the grounds.

I have attached a photographic report of the picnic for you (11 photos).

1. Fun slide for the kids 2. Volleyball 3. Paint ball shooting 4. Lined up for lunch (BBQ brisket, chicken and pork from Dave's BBQ, followed by an ice cream sundae--great food). 5. The food line 6. Eating lunch overlooking the lake 7. The Inner Tube pull contest 8. The teams (made up according to ministry divisions) doing the actual pull 9. Pie eating contest 10. The winner of the pie eating contest (YUK)-Louis Luna 11. Fun stuff for all the kids 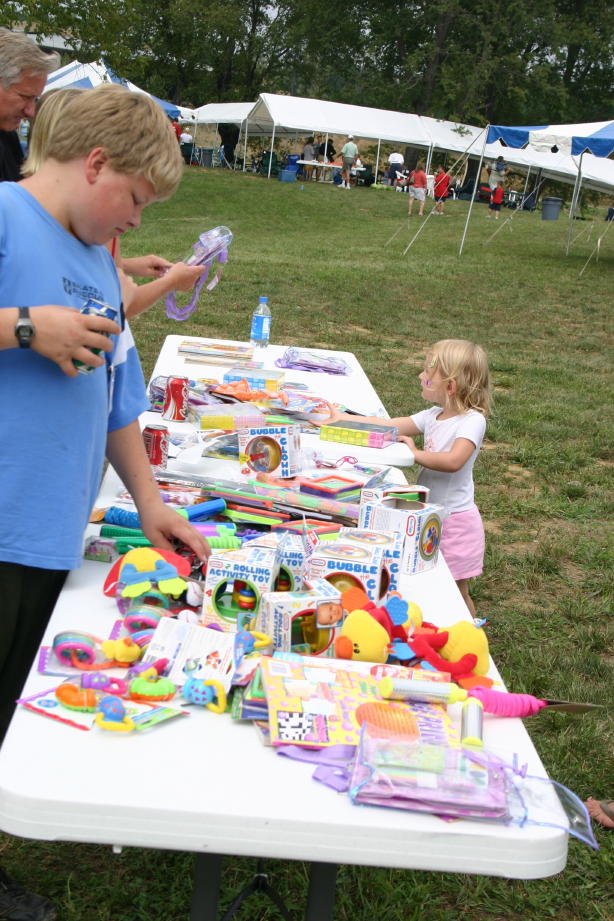 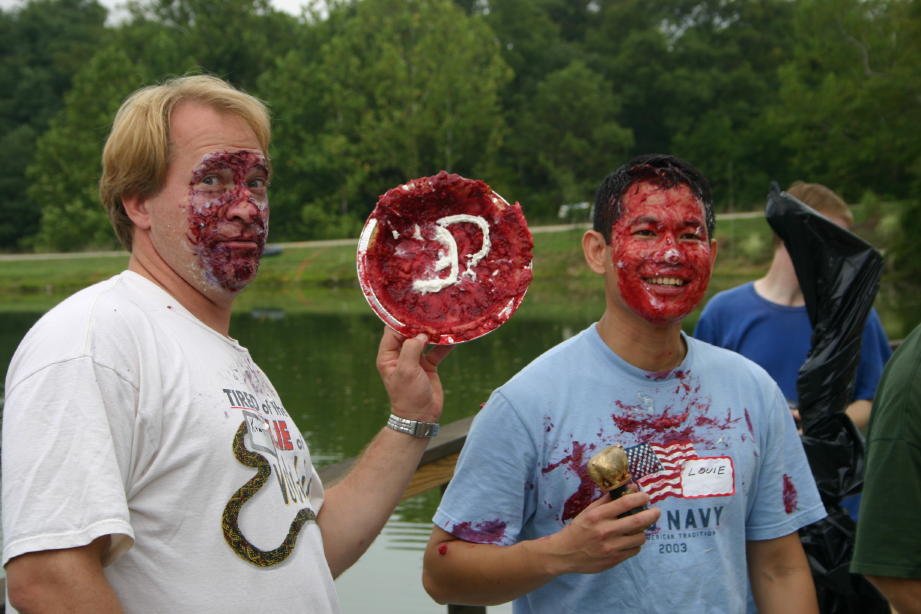 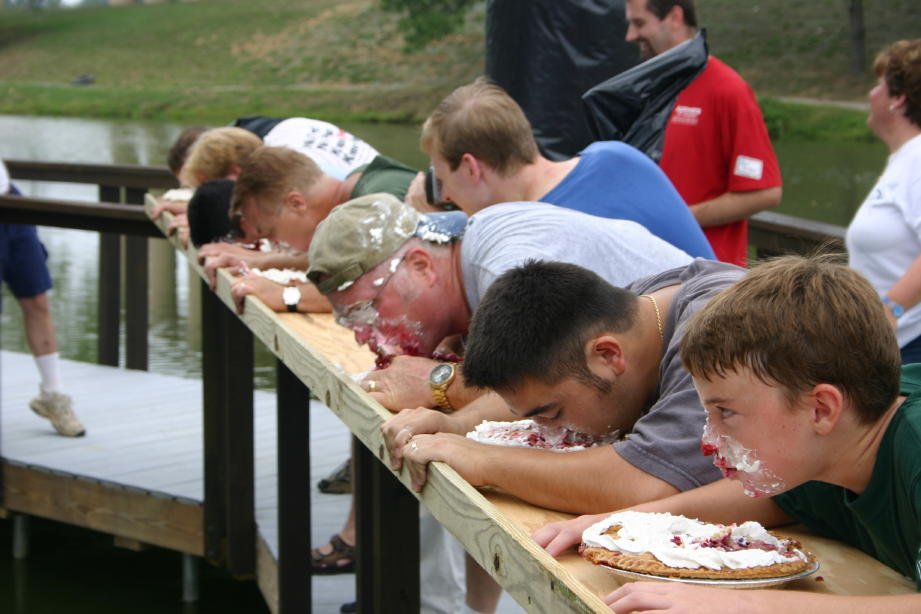 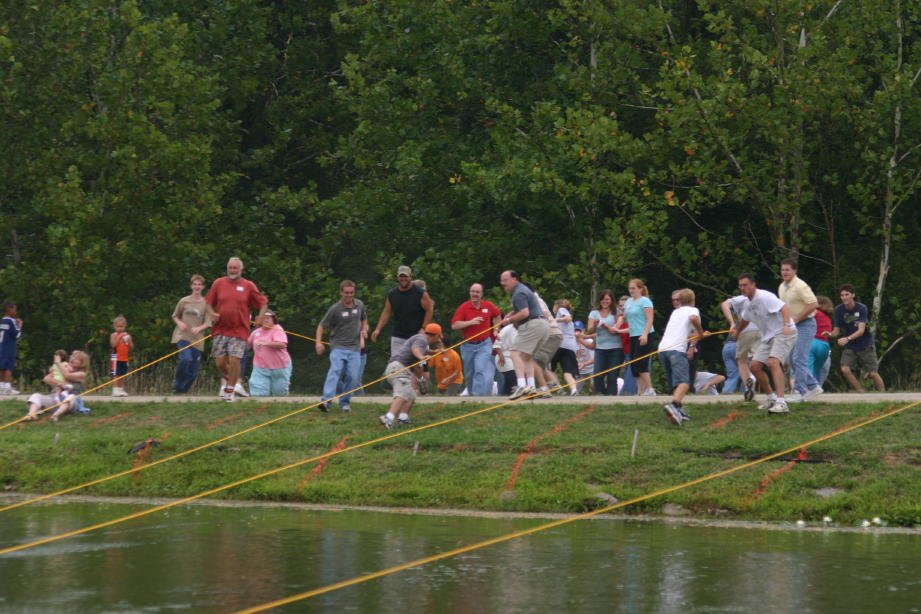 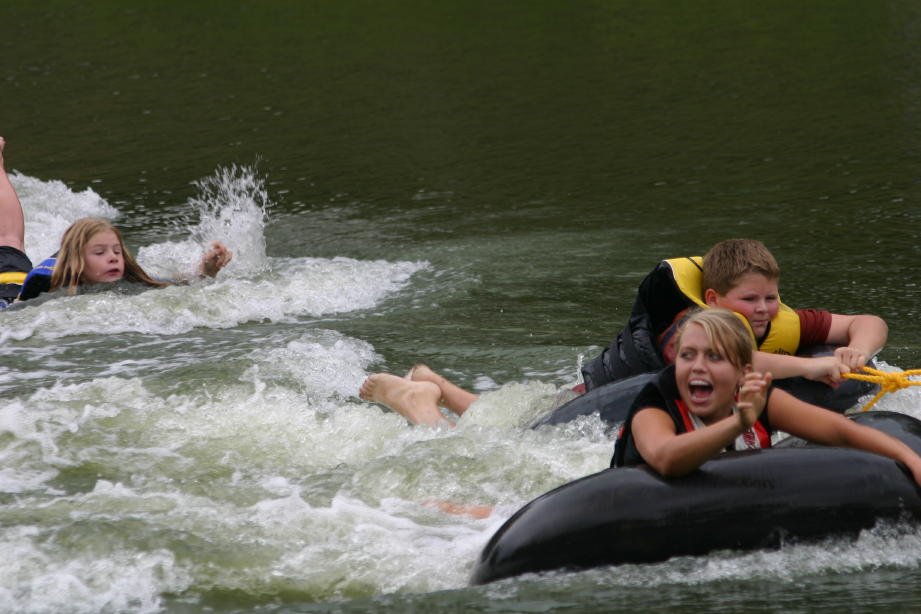 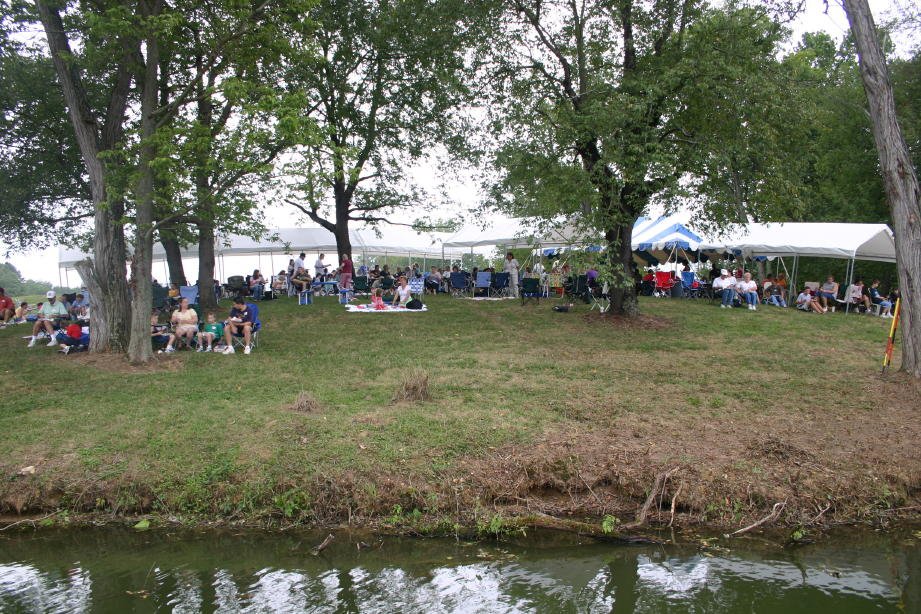 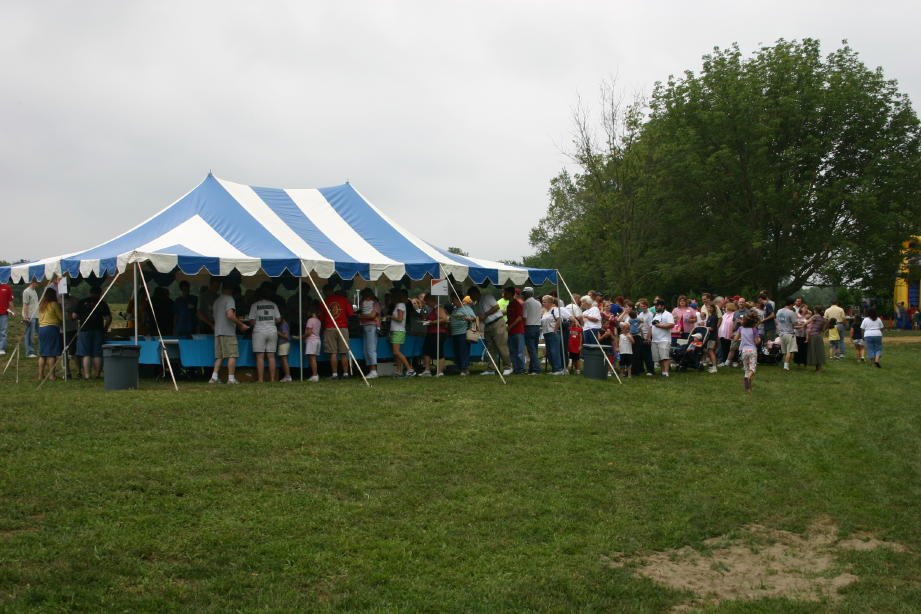 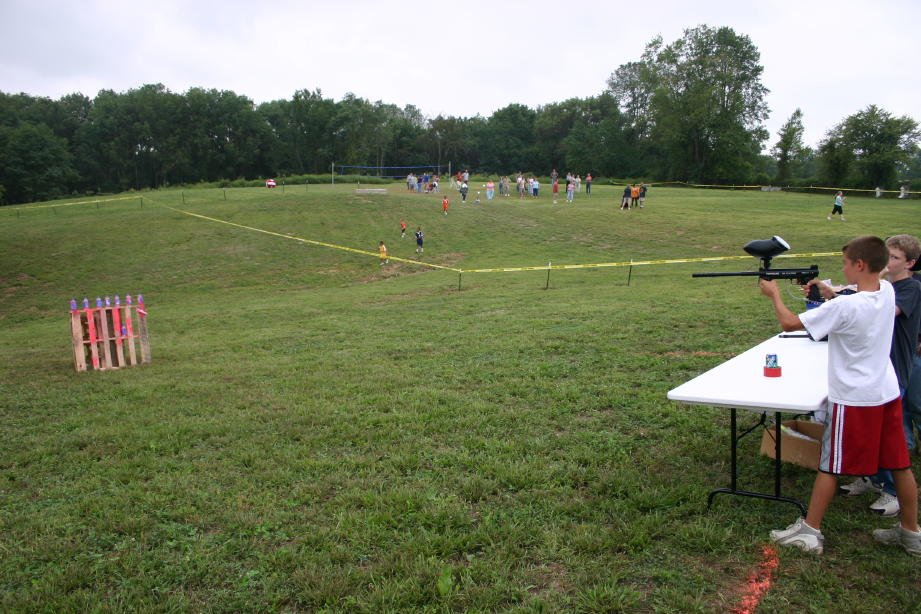 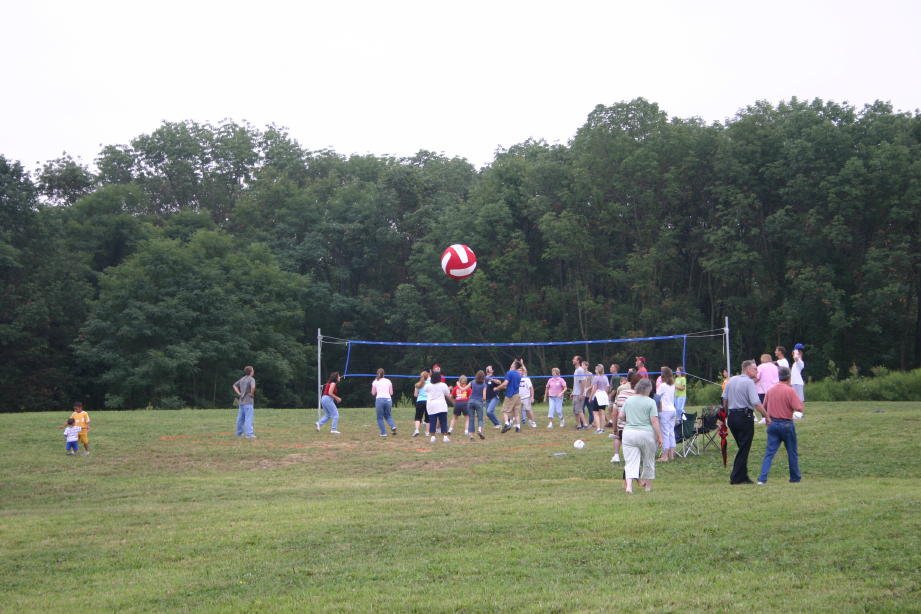 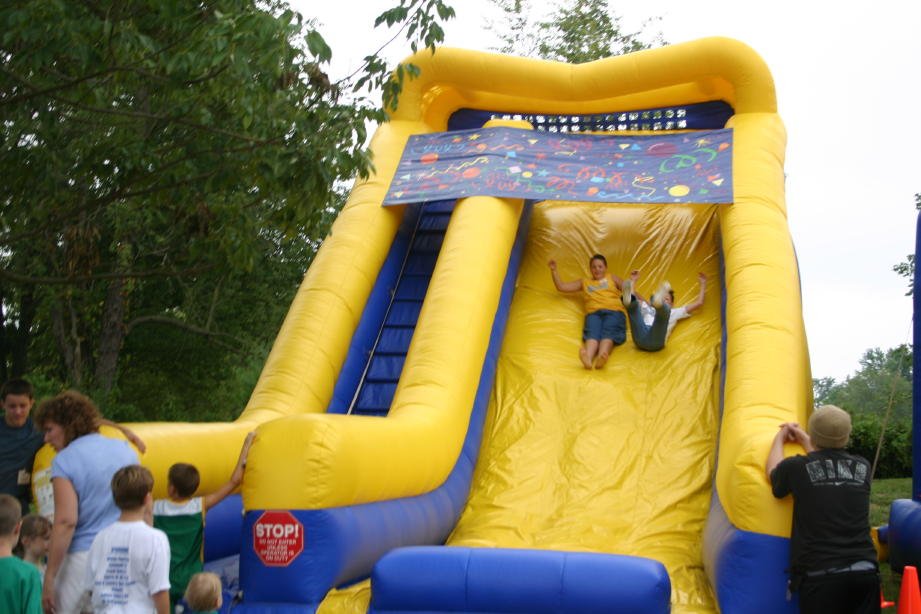 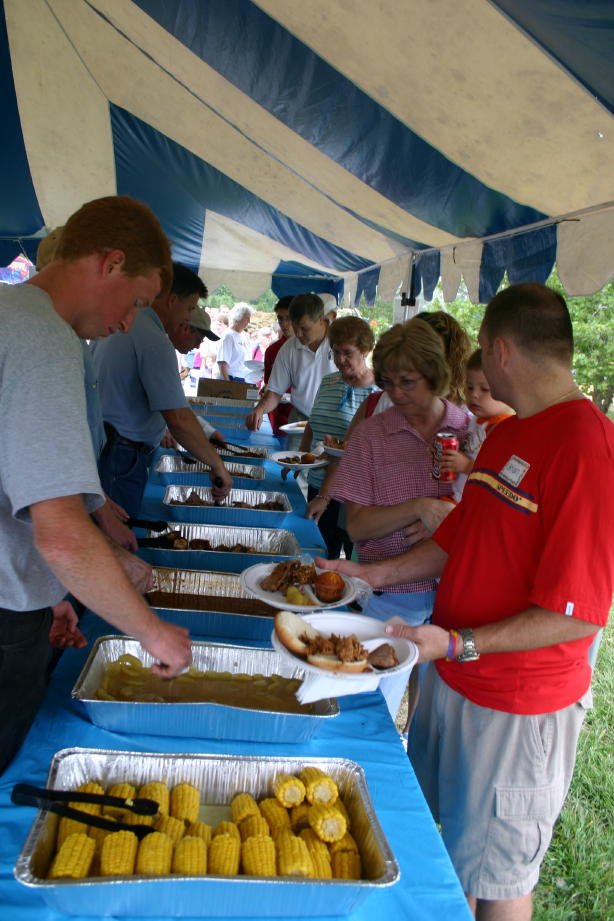 The following is an email we received from one of our volunteers who was at the Picnic today:

Please convey our thanks to everyone at the Museum for including the Volunteer Tour Guides in the Staff Picnic. Eveything was so well planned and included something for every age. The food was great also. At the end of the day we were sitting on our blanket with our grandaughters, the five year old, Brooklynn, looked at us and said "This was a perfect day", our sentiments exactly!

This morning we received the following Google alert with a link to an article that appeared on the front page of the Los Angeles Times:

Adam, Eve and T. Rex Los Angeles Times - CA,USA ... And more are on the way. "We're putting evolutionists on notice: We're taking the dinosaurs back," said Ken Ham, president of Answers in Genesis, a Christian ...

MORE CREATION STORIES IN THE MEDIA

There are many creation news items in the media right now—here is one from Associated Press:

LOS ANGELES - A group representing religious schools in the state is suing the University of California admissions officials for allegedly discriminating against high schools that teach creationism and other conservative Christian viewpoints.

The suit said the Calvary Chapel Christian School in Murrieta, a co-plaintiff, was told its courses were rejected because they use textbooks printed by two Christian publishers, Bob Jones University Press and A Beka Books.

Wendell E. Bird, an Atlanta attorney who represents the association, said UC policy is violating of the rights of students and religious schools. "A threat to one religion is a threat to all," he said.

"These requirements were established after careful study by faculty and staff to ensure that students who come here are fully prepared with broad knowledge and the critical thinking skills necessary to succeed," Poorsina. The suit, which seeks an injunction against UC's practices, accuses the university system of employing a double standard by approving courses taught through the viewpoints of other religions, such as Islam, Judaism and Buddhism. PRAYER FOR TERRY MORTENSON

Terry sent this out for prayer today:

"I just learned that a strong hurricane is heading for the area where I will be speaking this weekend. Brandon, MS, is just a little east of Jackson, in the middle of the state. It is supposed to hit land on Monday sometime. So I may not be able to fly out on Tuesday. And of course this weather may greatly affect attendance at the meetings. We appreciate your prayers for wisdom and safety."

Previous Article The Children are Here! Next Article Ah, the Press...