The Director of our Internet ministry, Rod, has organized a phenomenal opportunity for all of those who cannot attend the MEGA conference—a daily BLOG that will offer many different aspects for people to experience the happenings at the MEGA conference at Liberty university. Make sure you log on each day at: http://info.answersingenesis.org/mc2005 or just go to the front page of www.answersingenesis.org and click on the MEGA Conference link.

At the Behind the Scenes Tour on Friday, one young lady wanted to show us how she does "clogging" to Buddy Davis music (see photo). I will have to tell Buddy we've now found another use for his songs! We have found that many people across the nation are using Buddy's music for all sorts of events (children's choirs; puppet programs; VBS etc). If you never visited Buddy's website, I encourage you to do so at : www.buddydavis.org

Creation Museum Charter members are offered a photograph with a dinosaur and the President of AiG (me!). During the day yesterday when we had 400 members for the Behind the Scenes Tour, a number of them asked me if I would end up with a permanent smile after being photographed so many times! I've attached two photographs of families who visited on Friday. 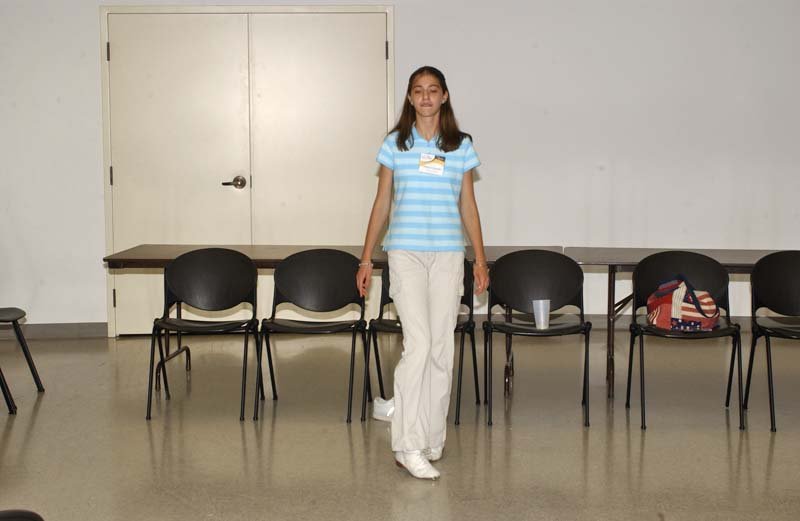 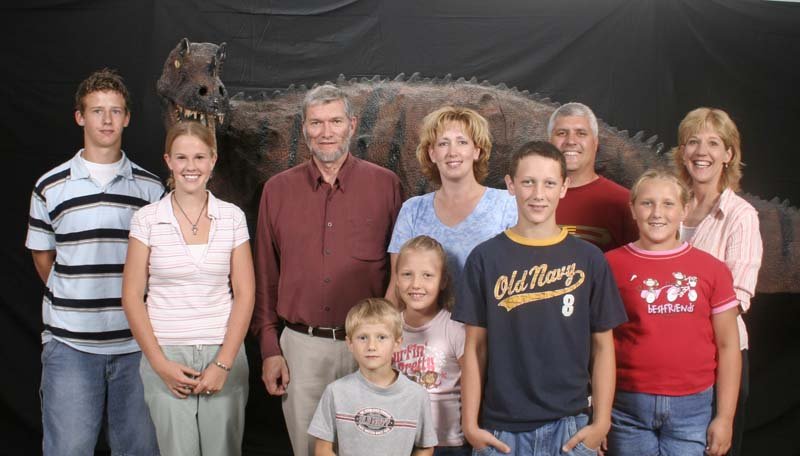 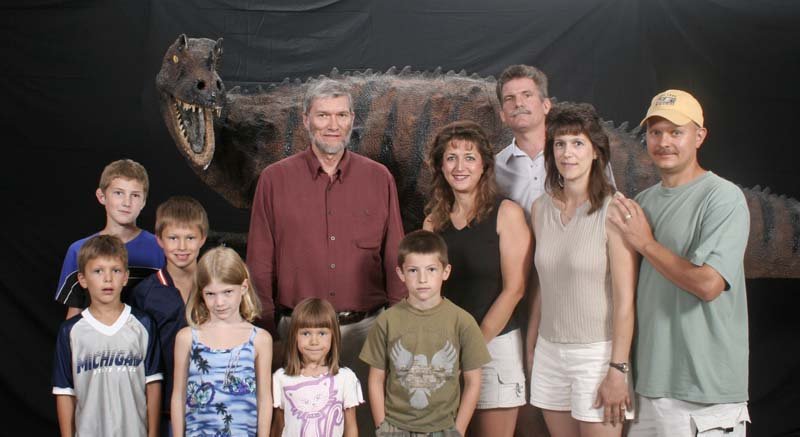 BIKING IN THE RAIN

I took John (AiG Australia board member who is visiting so he can attend the MEGA conference) on an 8 mile bike ride at a local park today. After about one mile, it started to rain and then poured for the rest of the ride! Well, it was certainly refreshing! This afternoon I spent time putting my kick off talk for the MEGA conference together. Then I took my wife and two of our daughters out to our favorite Chinese restaurant for Tea (Supper). We arise early tomorrow to fly to Lynchburg for the MEGA conference.

Terry Mortenson had an interesting but exciting radio interview this week. He sent me this report:

"I just got done with an exciting one-hour radio interview. The two Christian hosts asked me questions about the upcoming Mega Conference and more generally about creation, evolution, the Intelligent Design movement, and the age of the earth. As we talked, they began to realize that I was talking about a creation only 6000 years old. They were very surprised and thought that we had to fit the millions of years into the Bible somehow (they weren't sure how). I was able to explain the critical point about millions of years of death and bloodshed (as supposedly represented in the fossil record) being absolutely contrary to the Bible's teaching on death. I also gave illustrations about how the order of events in Genesis 1 contracted the order of events in the history of the cosmos, earth and life according to the evolution myth (e.g., the Bible says that the earth was created before the sun, moon and starts, that plants were created before sea creatures, and that fish and birds came into existence on the same day—all opposite from what the evolutionists tell us).

At the end of the interview they said that this had been a 'extremely enlightening' time for them and that I was the 'most informative guest' they had had on the program in 14 years of broadcasting. That is probably an enthusiastic and innocent exaggeration. But it is exciting to think how that radio interview may have been life-changing for the hosts. May it be so for many of the listeners also and may the Lord lead many of them to the web site for information and resources. Maybe some of them will show up at the conference, too.

Please pray for the conference—that God strengthen all those serving behind the scene to practically make the conference run smoothly, and that God would empower each speaker and mightily touch lives for His glory and the strengthening of the church and the spread of the gospel to more lost people. Pray especially that I can communicate clearly and passionately during my lecture on the origin of old-earth geology and Christian compromise over the past 200 years as I speak on Tuesday morning at 9:00 am. Pray too for Margie as she 'keeps the home fires burning' for the week that I am at the conference." Thanks for stopping by,

Previous Article Behind the Scenes Next Article Loooooong Day